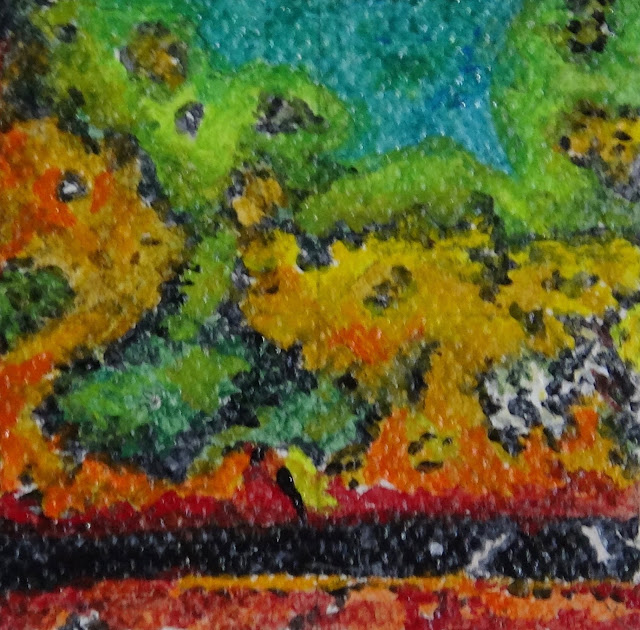 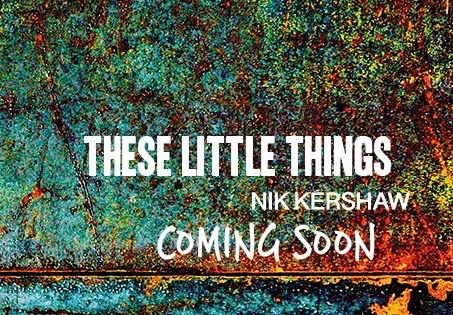 Whenever a coincidence occurs it seems like some kind of Cosmic direction is behind it.  I don’t believe that, but the mind sure wants too.  Here is a coincidence that happened to me last week:
I paint a square of a painting every day.  I am currently painting an image of the tailgate of my rusty old bluish truck.  I am attracted to the scars and rust that time created on the old truck over the years.  Many of the squares I have recently painted have patches of turquoise with the yellows, oranges, and reds of rust.
As I paint I generally listen to music on Apple Music.  They know what kind of music I like and suggest albums that would appeal to me.  I have downloaded some Nik Kershaw in the past, so the other day Apple Music alerted me that Kershaw had released a new EP with six songs.  When I saw the album cover I was amazed, it was a piece of rusted, blue painted metal with very similar colors and shapes to the images I had been painting.
That wasn’t the only coincident with the album.  When I was listening to the songs, another coincident occurred particularly with his song “These Little Things”.
I could have been easily killed in the recent accident where a rock flew down the waterfall and took off my finger.  Had the rock hit my head, I would have died.  This event has made me love the fact that I am still alive, and that is the underlying theme of “These Little Things.”  It seems as if the Cosmos wants to re-enforce my appreciation of life, even the mundane and ordinary parts.
As I read the lyrics, the song brought tears to my eyes, and still does:

It is what we make it
It’s what it is, ain’t that the truth
though it maybe
Not the most exotic fruit
Celebrate it
Every trivial pursuit”

If you want to hear the song, here is a link:

You can view my painting at:  davidmarchant2.ca