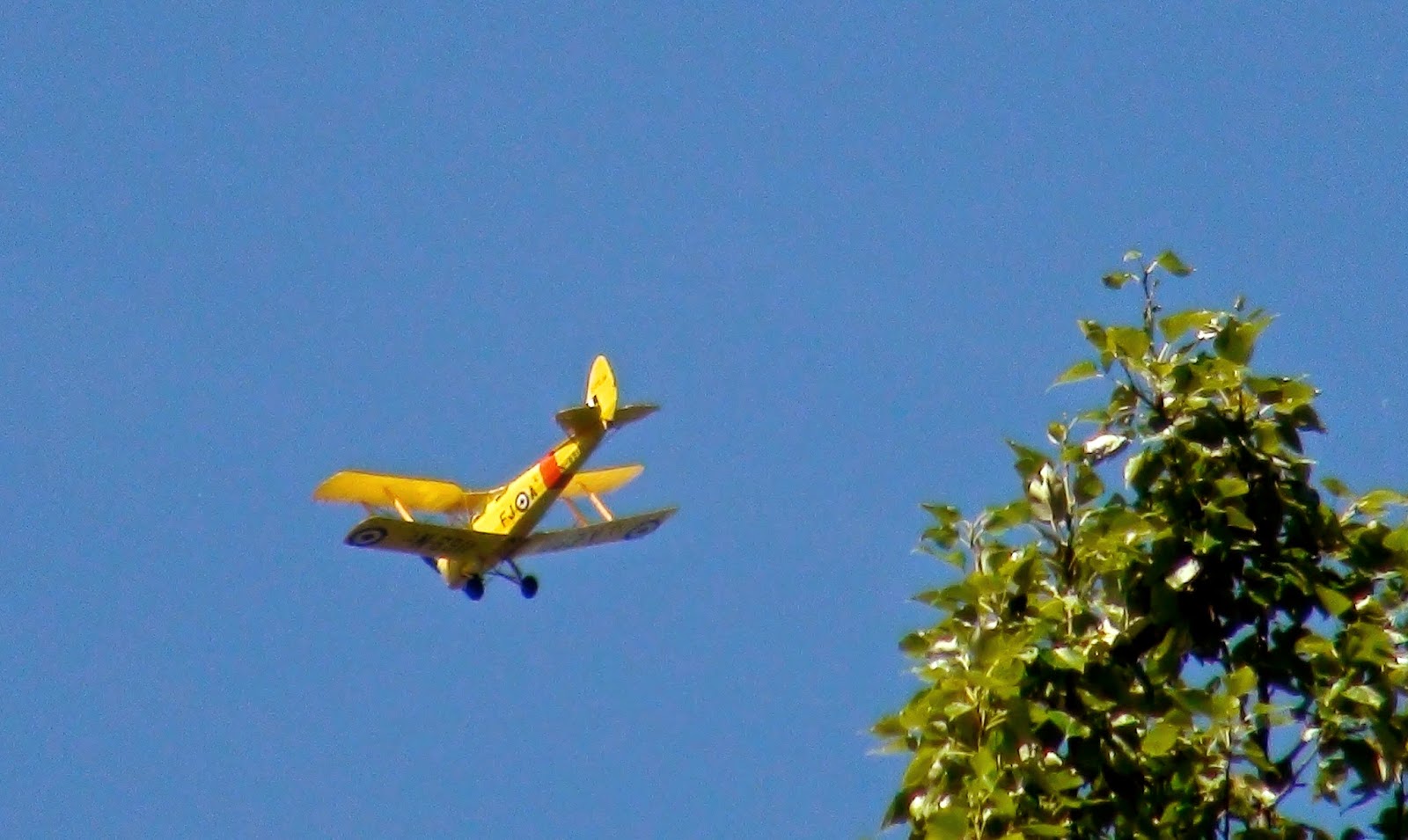 It used to happen quite regularly during the summer.  I would be out weeding the garden, and would begin to hear the drone of an airplane approaching.  Then suddenly coming from behind the top of a tree, I would see Dr. Cowburn’s bright yellow Tiger Moth arcing across the sky, as it began to adjust its approach to the McBride airfield.  It was always an exciting moment to hear the sputtering of the old engine and the watch the brilliant yellow bi-plane against the deep blue sky.
It was quite a surprise yesterday, when again I was out weeding in the garden, to hear and see the old plane in the air circling.  Dr. Cowburn, who was McBride’s only doctor for decades before we moved here in 1977, babied his antique plane and whenever there was a clear day and he had time off, he would take it for a joy ride.  As he aged, he could no longer fly the Tiger Moth alone, but other local  pilots were always happy to take the controls and give Dr. Cowburn a ride.
The good doctor left the village to live with a relative last year, after his wife died.  I’m am not sure if he was in the plane yesterday for a ride, or whether one of his pilot friends was just taking it up to blow the carbon out of the exhaust, but it was good to see and hear the old girl in the sky again.