Yesterday, I had hoped to climb up Mt. Lucille with our Casper and Caroline, but the weather conspired against us.  It was raining and there were lots of low clouds, so instead I took them out to two inland rain forests in the Robson Valley.  Since it was raining it seemed appropriate.
First we went out to the Ancient Forest.  It is a dark cedar forest with giant trees some of which are between 1000-2000 years old.  These old cedar forests always make me feel as if I have stepped back into a time before human-kind arrived.
The Ancient Forest which is about an hour’s drive west of McBride, was preserved from logging because of the work of lots of dedicated people.  They are now constructing a walkway through parts of the forests to allow wheel chair access and to prevent damage to the roots of the giant western red cedar trees
After touring the Ancient Forest we drove back toward McBride and hiked through the West Twin Old Growth area.  It too is a cedar forest, but because it is a bit dryer, instead of the waist high devil’s club and fern undergrowth, it is mostly just moss covered ground.  Below are some photos from the Ancient Forest, and at the very bottom is a shot of the moss covered West Twin Old Growth Area. 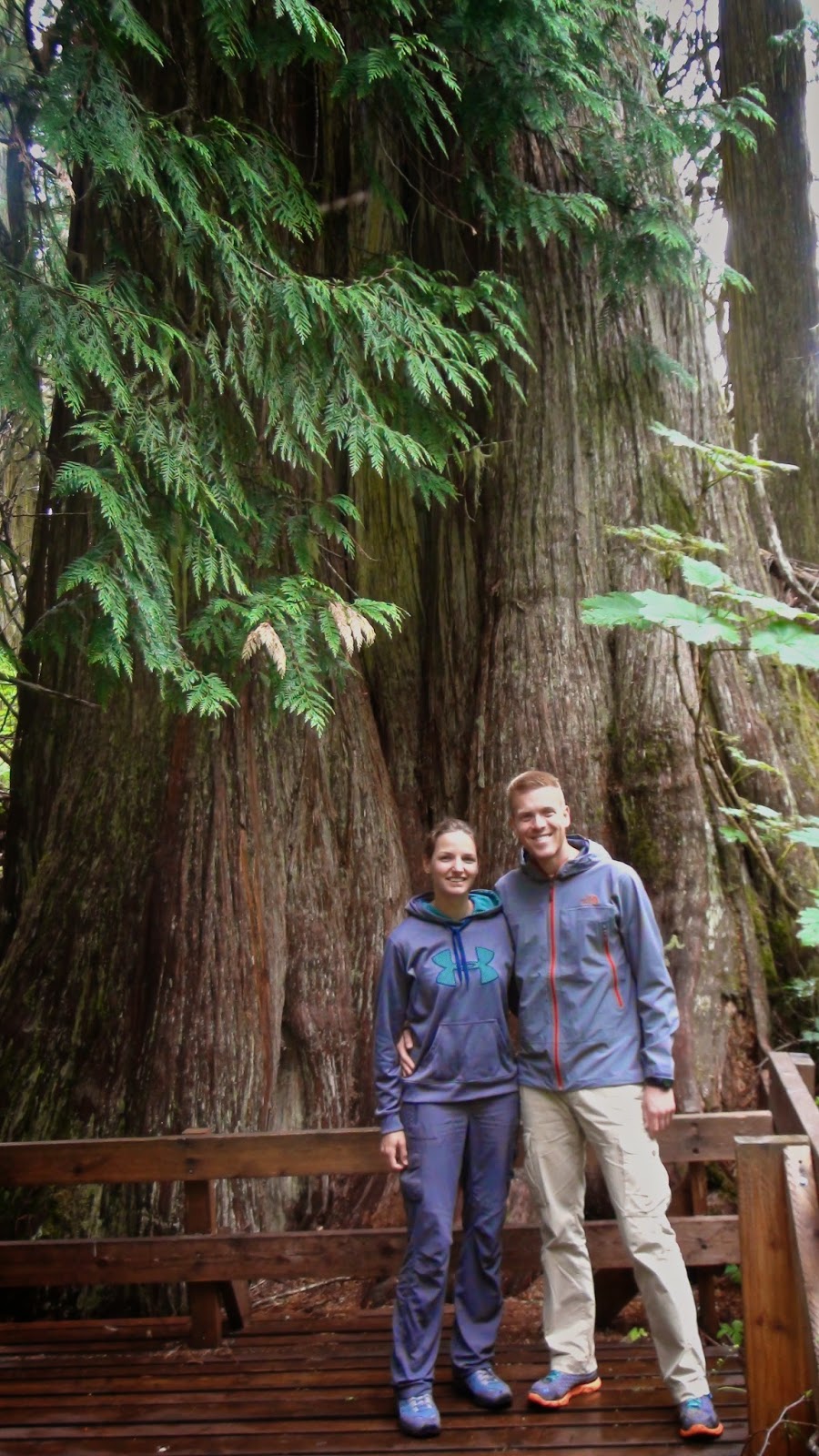 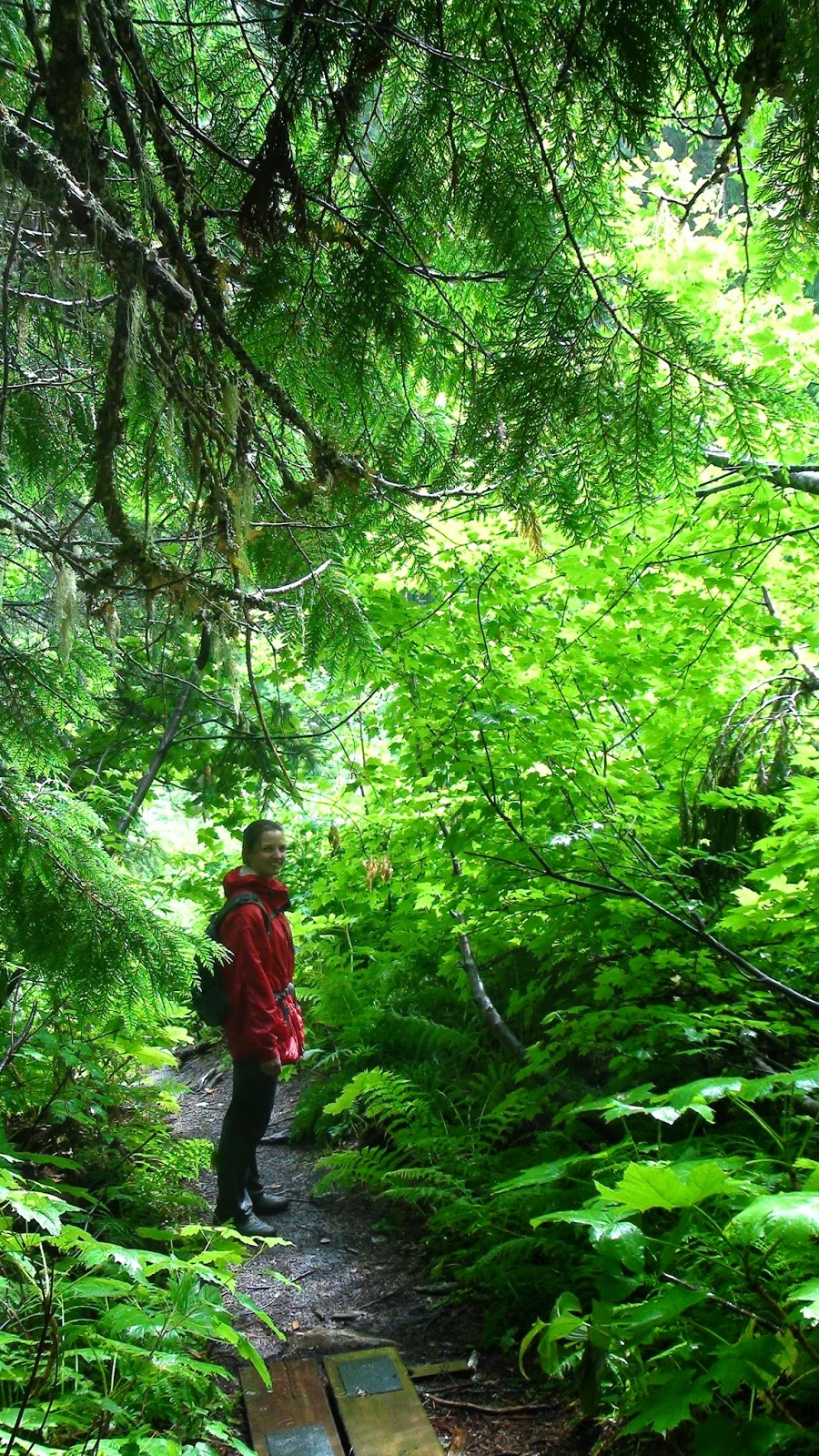 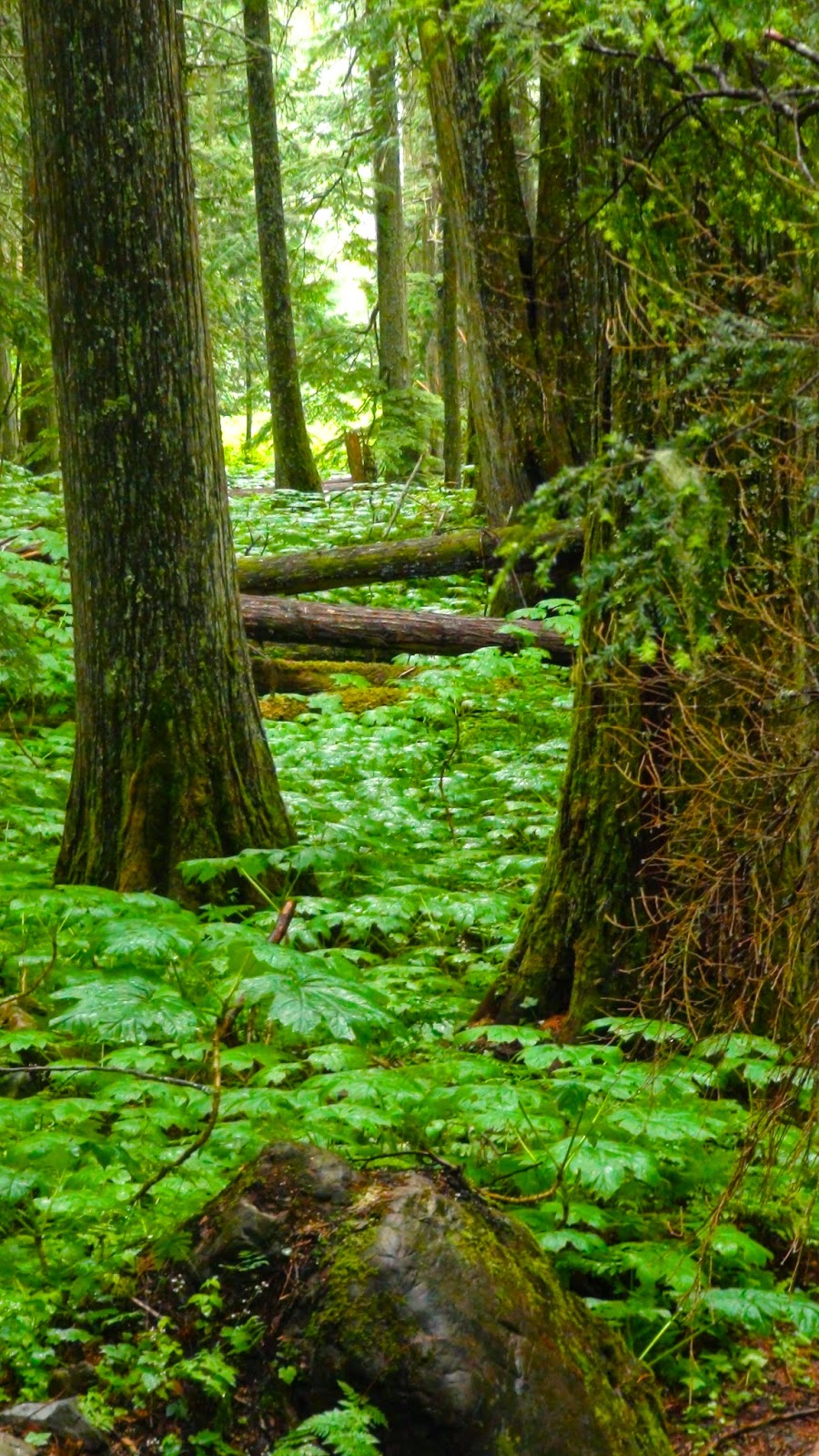 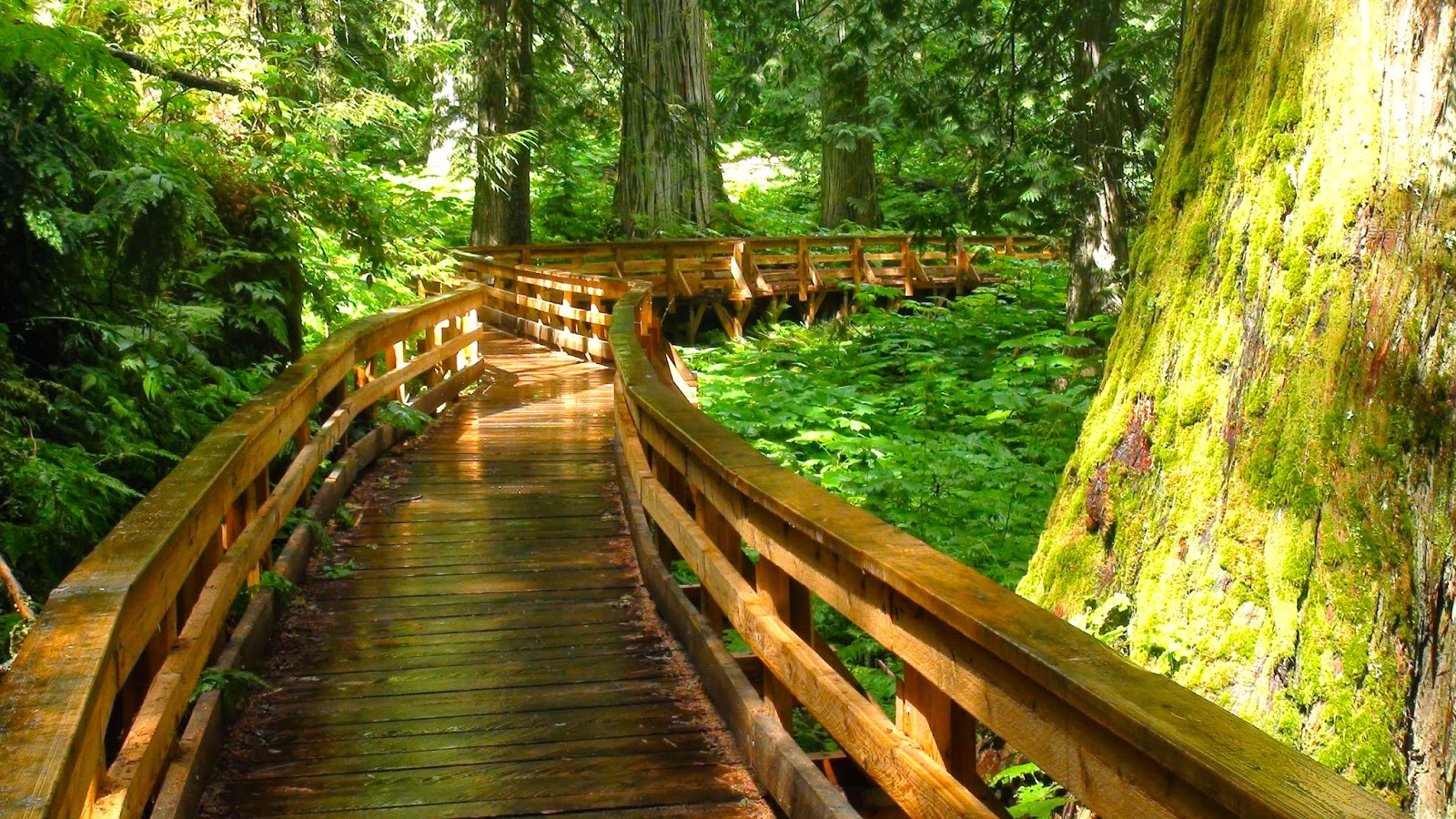 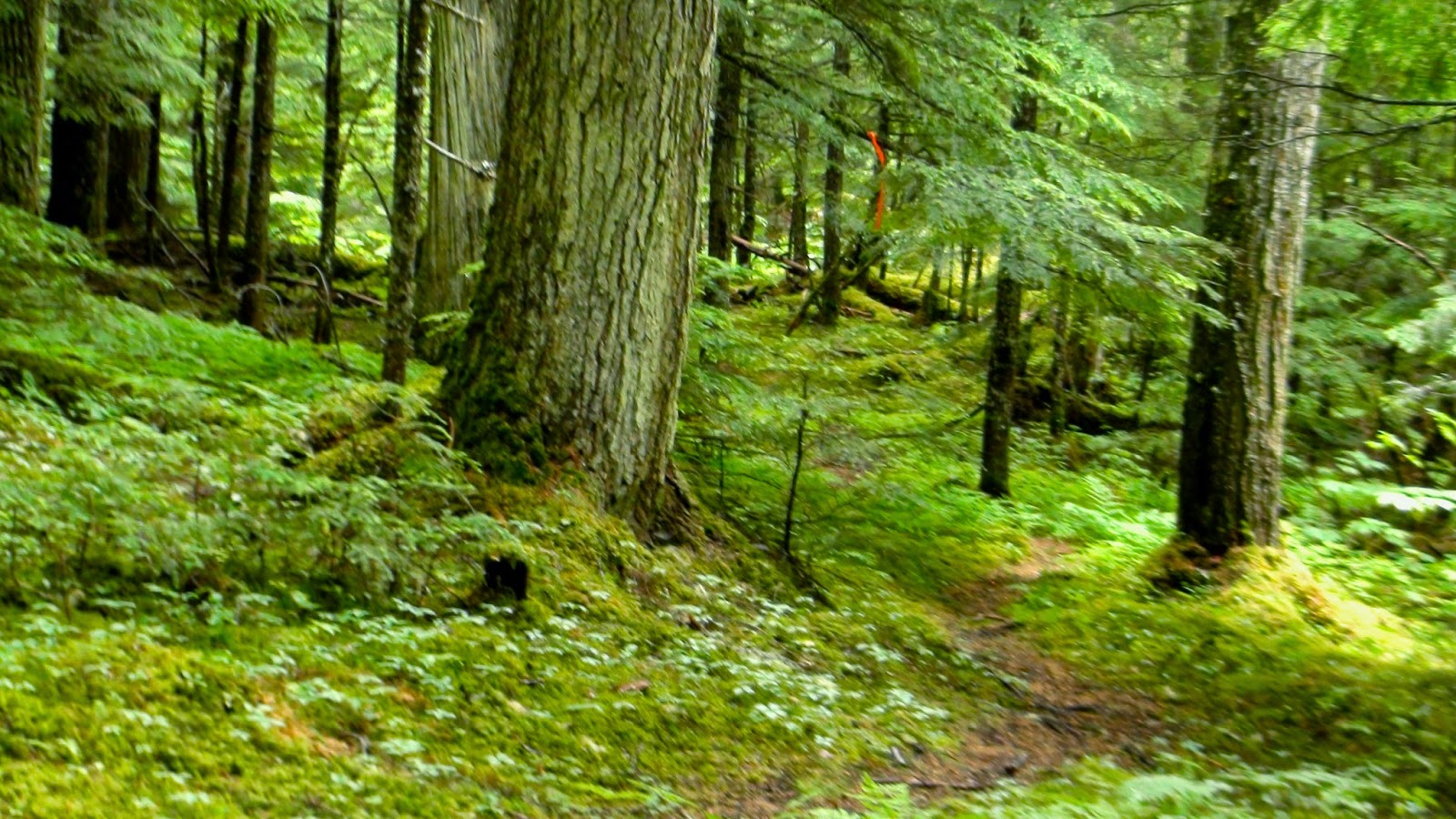