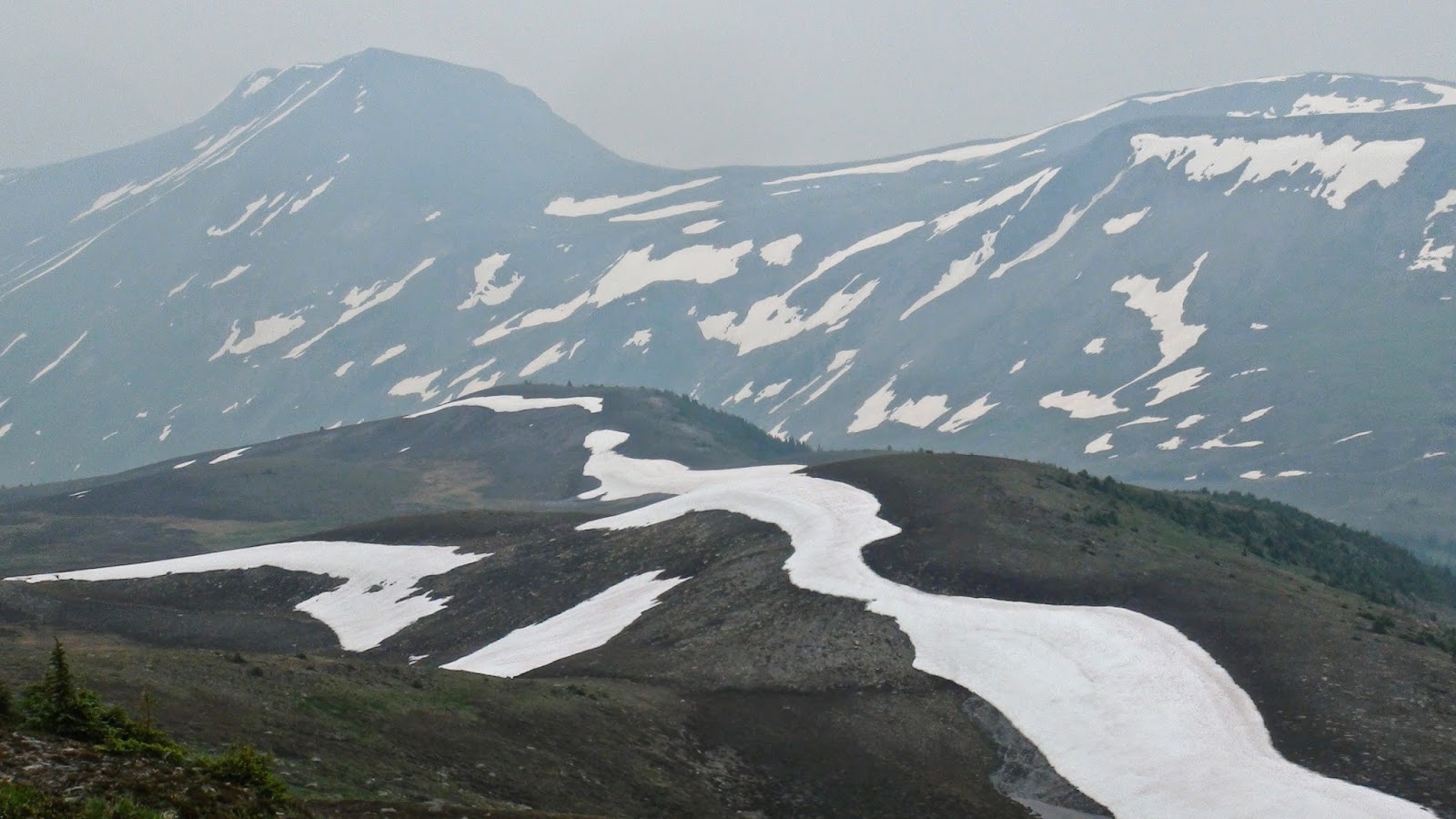 Even though it was largely because of the mountains that we moved to McBride, it seems like I never get up there unless we have guests.  Fortunately, Casper and Caroline, our Dutch visitors, were eager to get out into the mountains, so I was happy to have the excuse to take them.
When we woke up yesterday, things didn’t look to optimistic.   Smoke from the forest fires filled the Robson Valley and obscured the mountain ranges on both sides.  It was spitting a bit of rain, but since the weather forecast showed that the weather would be getting worse over the next couple of days, we thought we had better try to make the mountaintop even though conditions weren’t prime.
It was very smoky and as we climbed, huffing and puffing at the effort, I couldn’t but think how bad all that deep breathing of smoke was for the lungs, but onward and upward we went.  The wind was fierce and cold, and the occasional showers didn’t help matters, but we could see enough of the mountains around us and all the alpine flowers that it was a great day.
Below is a photo of Caroline and Casper, moss campion flowers, some far away hikers on the edge of a peak, and a smoky view of the Robson Valley bottom. 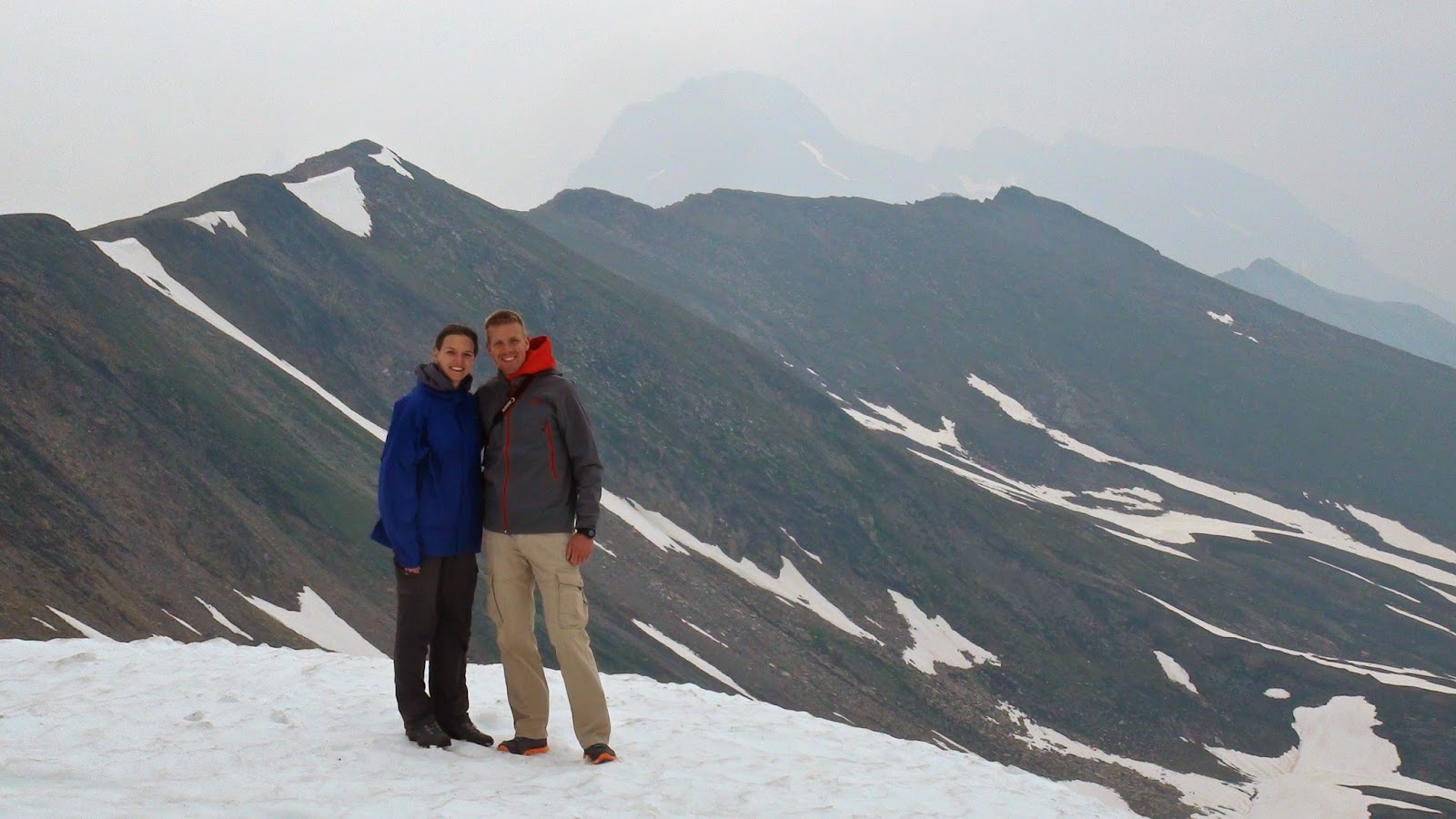 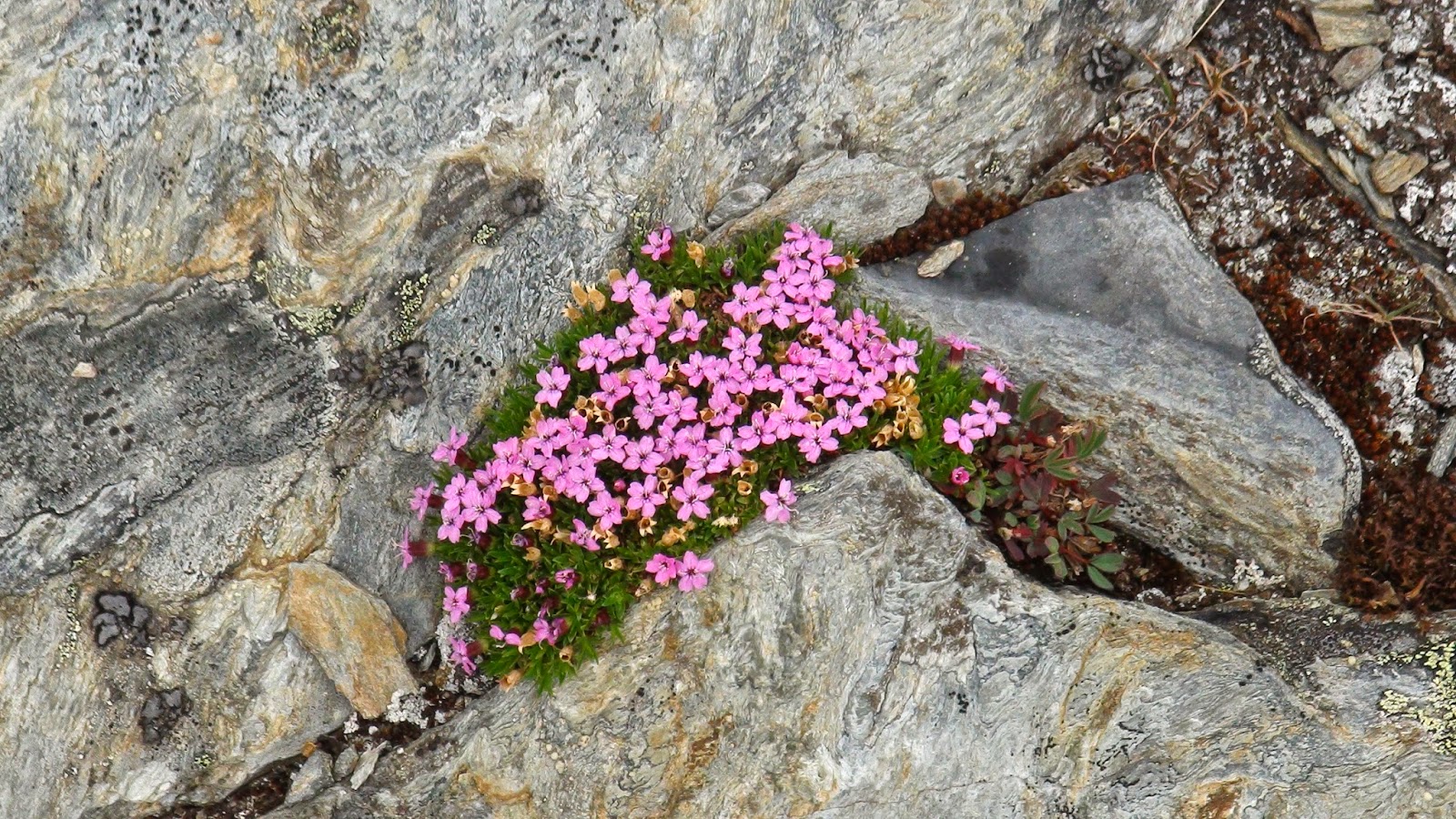 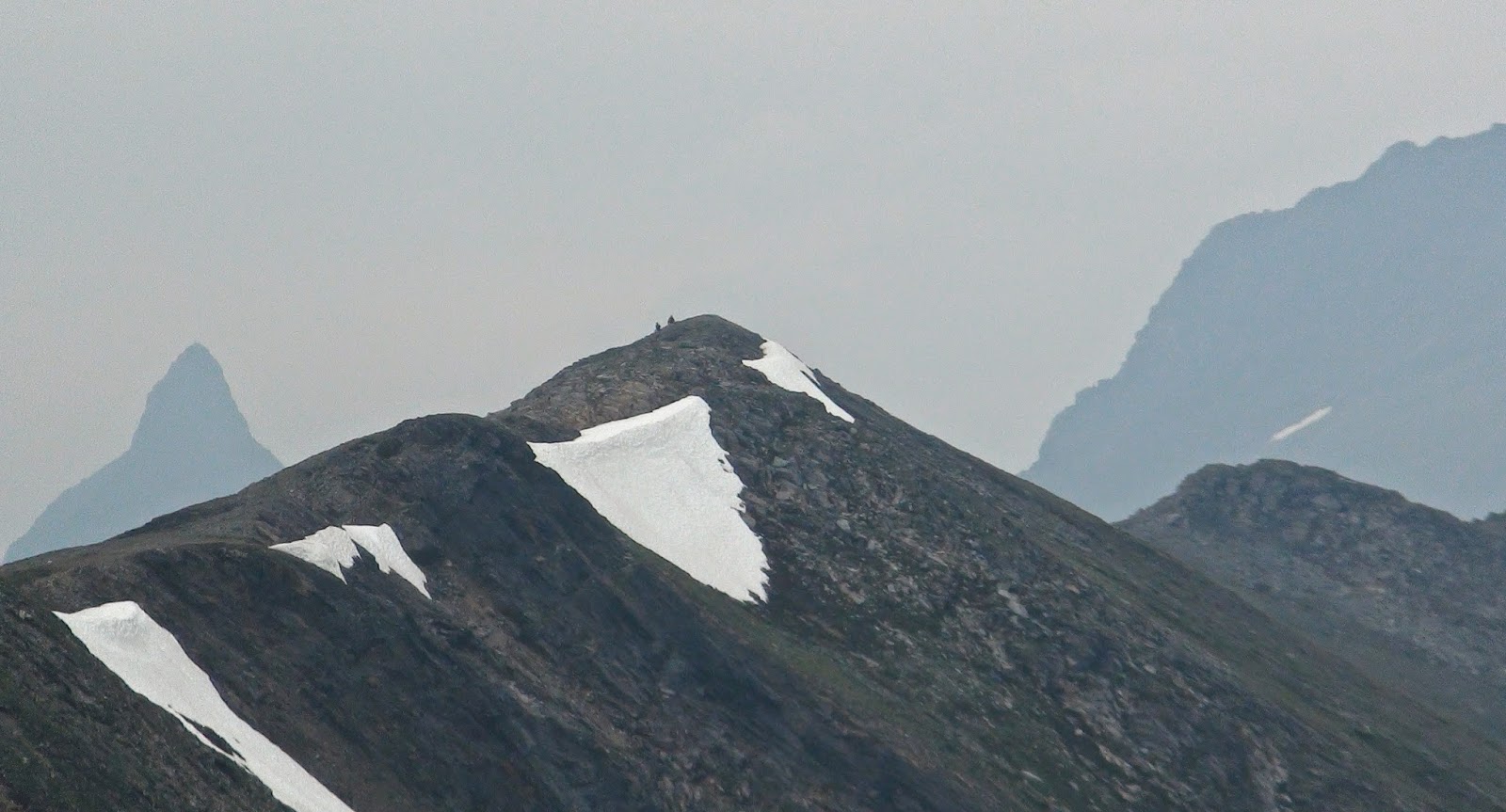 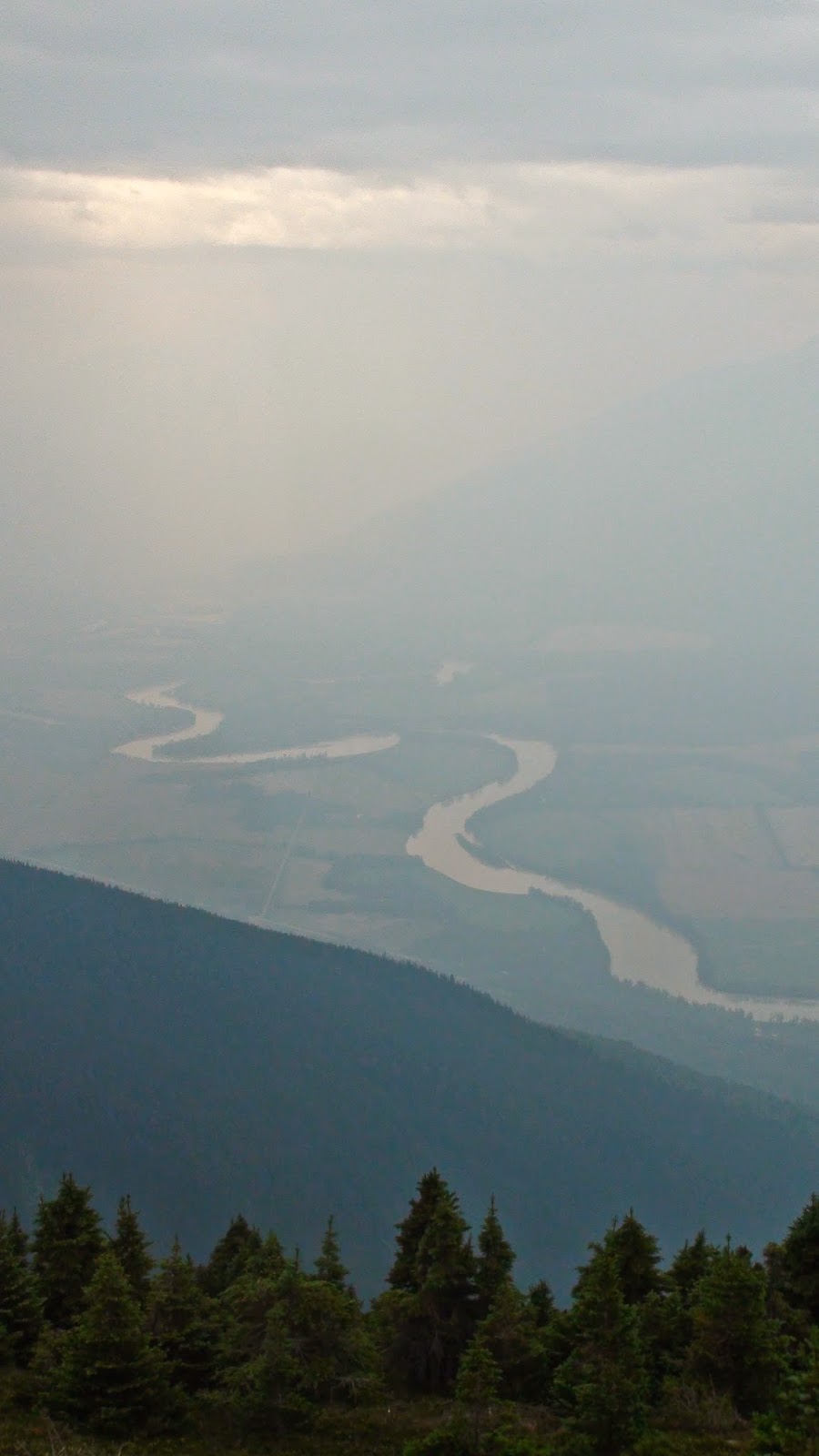