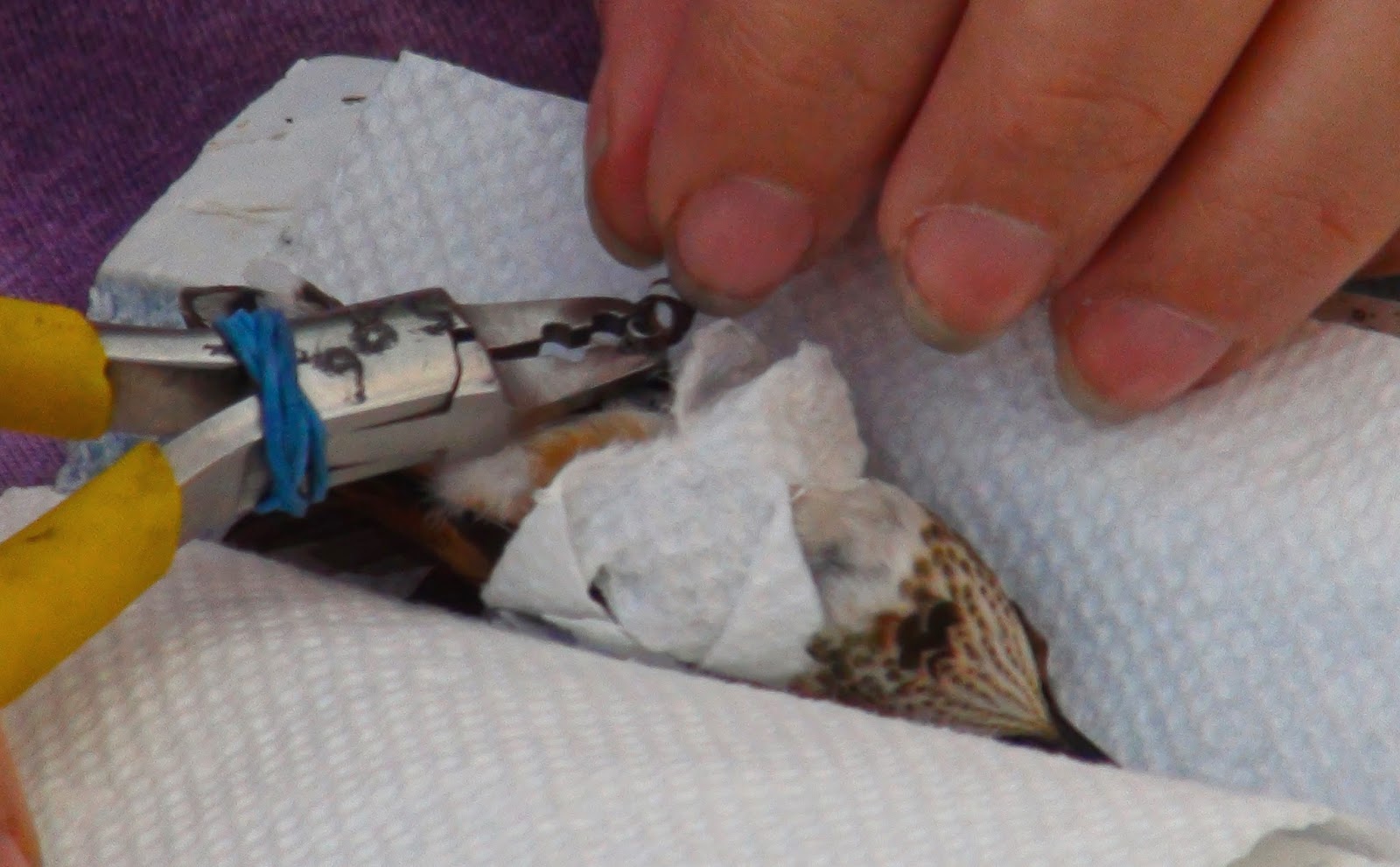 Every Friday evening at the McBride Library, they have been having talks about natural history.  Last night the topic was hummingbirds, and I learned a lot of fascinating things about the little critters and got to watch hummingbirds being banded.  It was all pretty amazing.
I always thought that I had Calliope hummingbirds around my house, but now I am not so sure, they may be Rufous, it seems they look more alike than I saw in the bird book.  There was some disagreement among the experts last night when I showed them some photos.  At any rate, no matter what the species, they are all remarkable.  I didn’t realize that when they get cold, they can go into a state of torpor, where their metabolism slows 95%.  We saw photos of them hanging upside down while in this state.
They chase bigger birds around and they can, in turn, be chased around by butterflies and bees.  They travel up from southwestern US and Mexico along the coast in the spring, and return using a different route, along the eastern side of the Rockies.  They disappear from the Robson Valley to migrate at the end of July, while there are still flowers to feast on on their migration south.  They have been seen as high at 11,000 ft, (3,350 m.) elevation in the mountains.  They usually weigh about 3 grams.
Curtis Culp of Dunster has been banding hummers for about 9 years.  He has banded 2000 birds, and only 3 of those have been re-caught and recorded in other places, one down along the Gulf of Mexico in Alabama.   Jill Howard has been banding them now for a year and Heather Zahn is just about to get her permit.
The photos below shows the banding operation.  Above Heather is carefully putting the band on a Rufus Hummingbird.  Below Curtis is reaching into the net to grab another captured hummer.  When they are laid on their backs they sort of go to sleep and they are wrapped around the body, so they don’t hurt their wings.  They are banded, inspected, measured, weighed, recorded, and then freed. 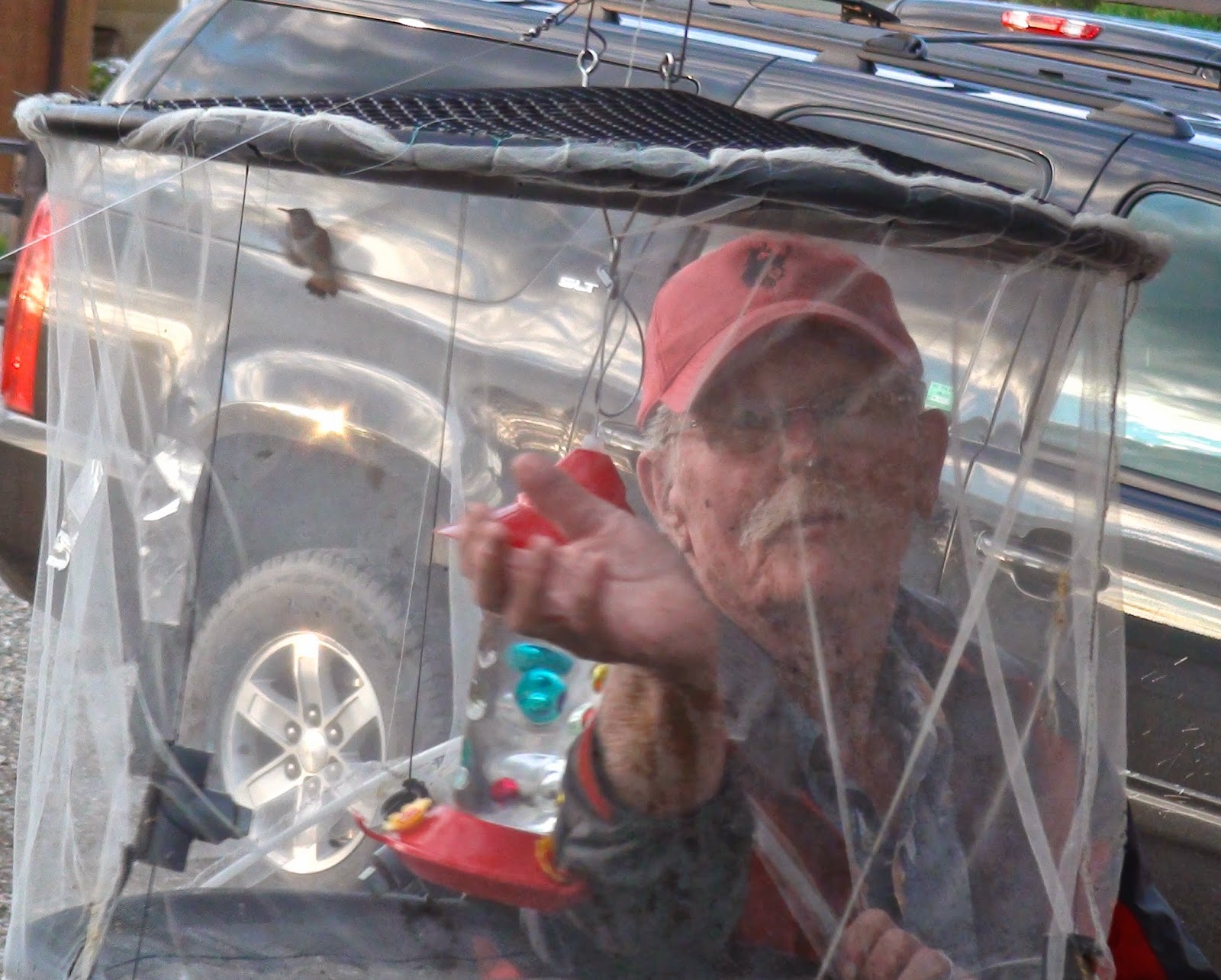 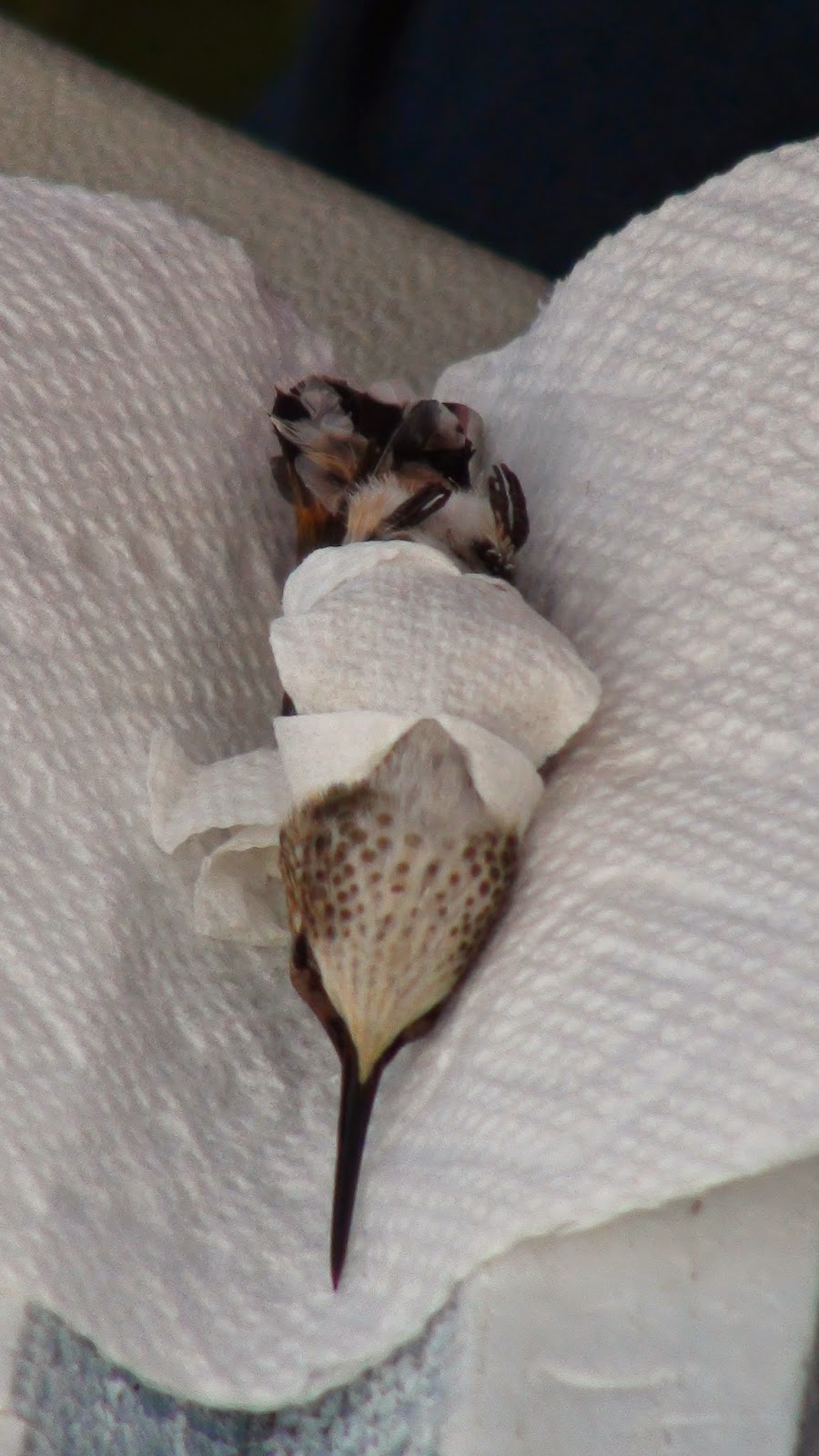 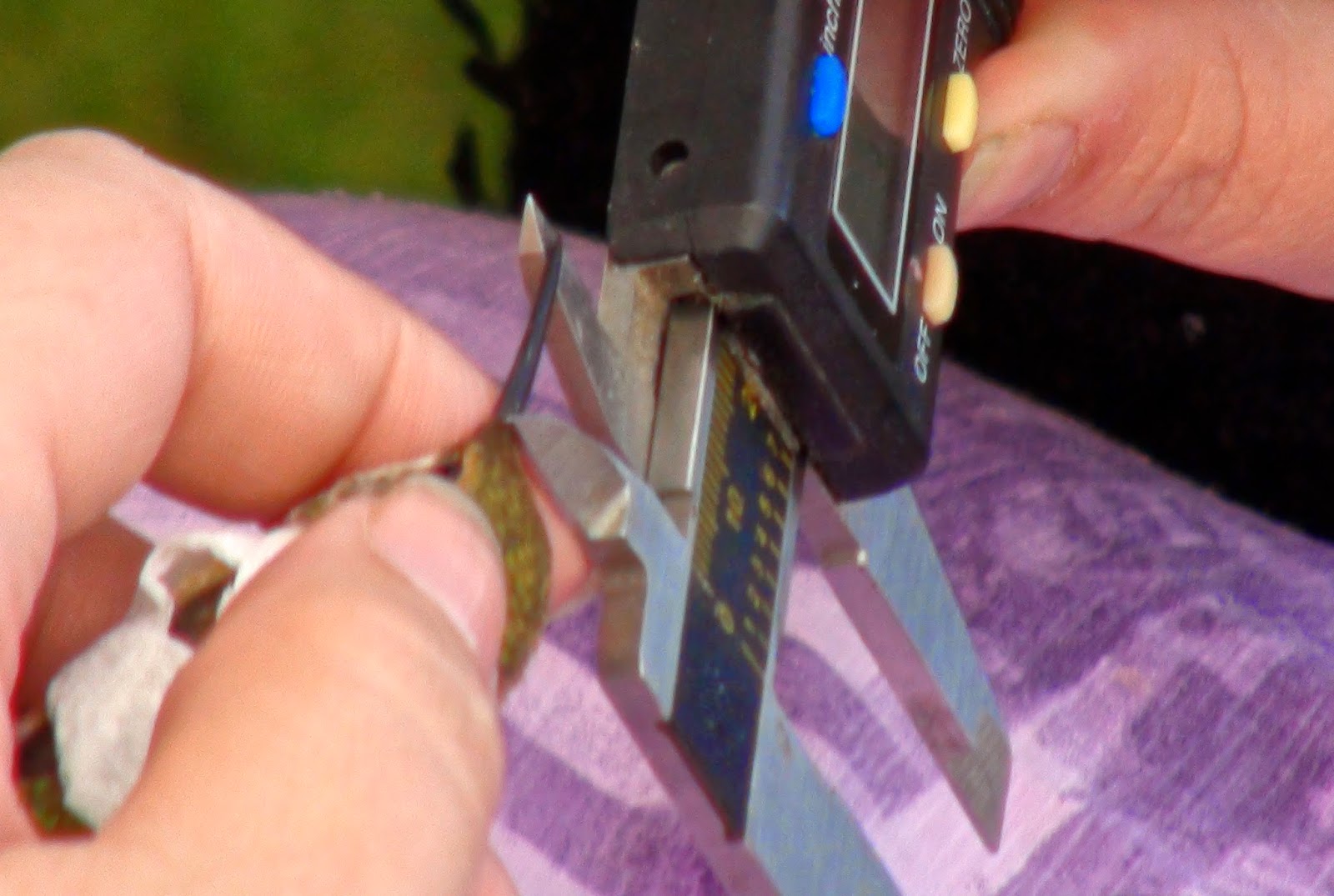