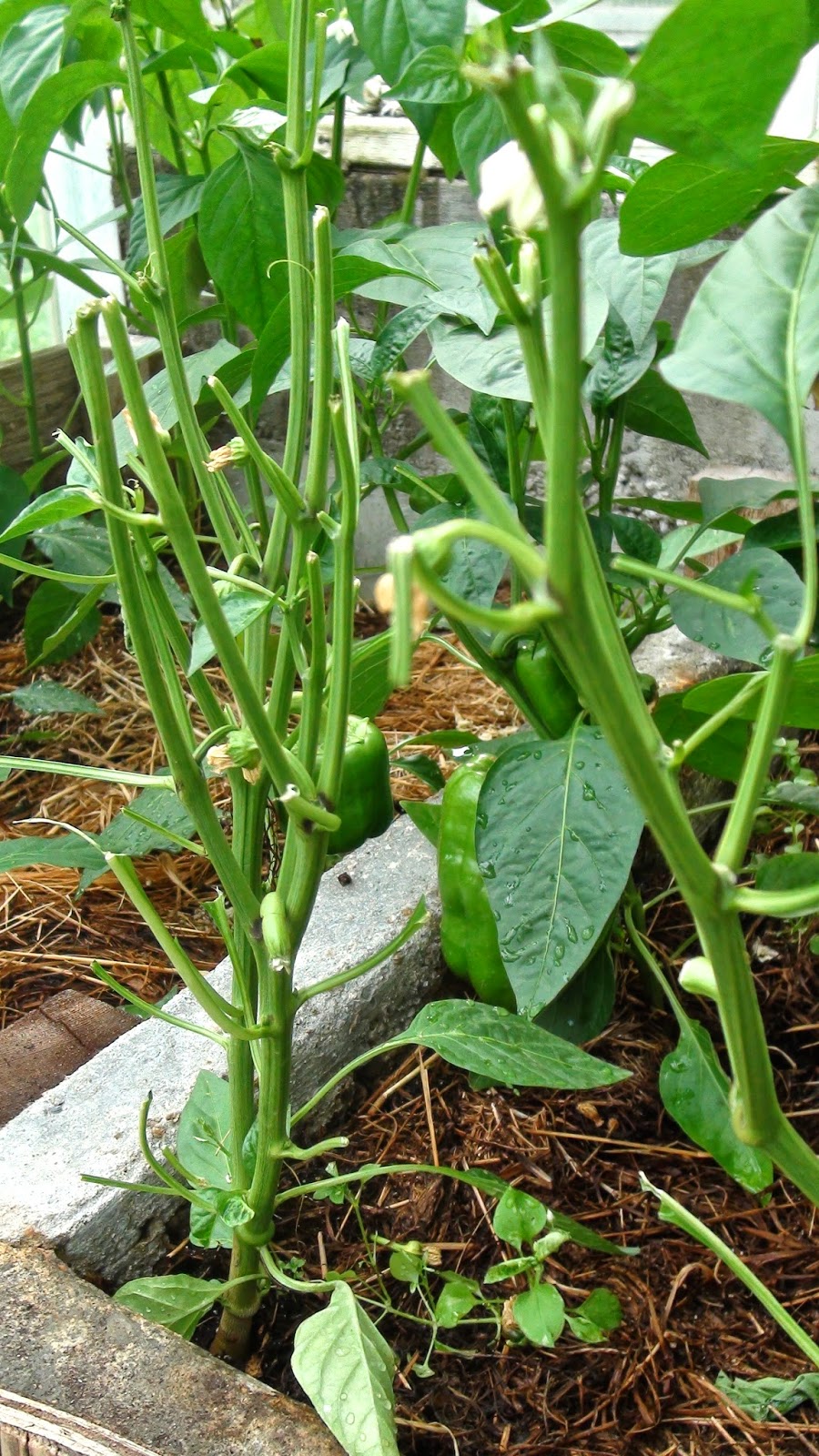 It seems that lately nature is suddenly causing us a disturbance in our daily routine.  I wrote yesterday about how the invasion of mice has been interrupting my sleep.  It continued again last night with another trip to the barn at 12:35.  Yesterday evening when I when into the greenhouse to check the plants, I discovered that a deer must have invited itself into the greenhouse then helped itself to some green peppers and munched on the leaves of the plants.  That is the first time I have had a deer come into our green house.
I did have the door open because it has been so unusually hot.  Our daily outside temperatures have been around 32-34C (in the 90’s F).  Now I guess I will have to start putting up some kind of barricade across the open door to keep the deer out.
Over the past few weeks there has been a squirrel leaping from the birch tree onto our metal roof, scampering across the roof, then with another mighty leap, it gets to a willow branch then runs down the limb and down the trunk.  This morning I was awaken by a din of chatter and caws from ravens just outside the house.  They began around 5:30 and continued the disturbingly loud conversation until around 6:30 when I finally got out of bed to see what was going on.
Eight ravens flew up from my driveway, leaving the mangled corpse of the squirrel laying on the drive.  Sometimes I think we are living just a bit to close to nature.