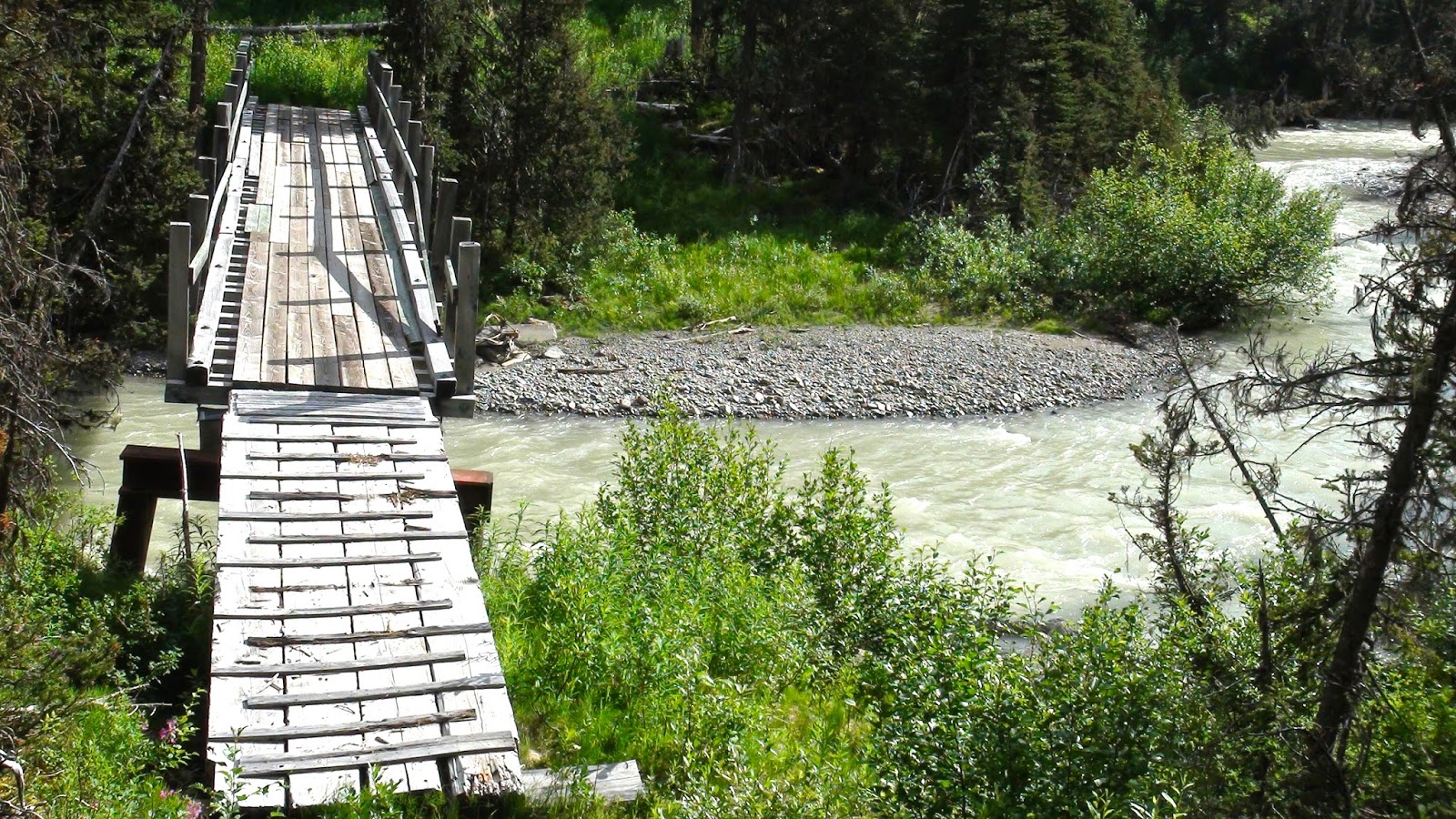 It has been a long time since I had been up to the Ozalenka Valley alpine, the last time was probably in the middle 1990’s, so I was really impressed to see how much better all the bridges up the trail were.   During one of the early trips, when the Ozalenka Alpine Club had just built the cabin, There was no bridge crossing Ozalenka Creek at the beginning of the trail (photo above), and I remember having to wade through the creek.  On our way up during the morning, it wasn’t too big of a deal, just very cold feet, but toward evening on our way back, the heat of the day had melted a lot of snow and the creek had risen quite a bit and it was a lot scarier getting across the fast flowing water pushing against your legs.
The trail up to the Ozalenka Valley follows Ozalenka Creek and crosses the creek 4 times.  Thanks to dedicated volunteers, all of the old one and two-log bridges up the trail have been replaced with good sturdy wider decked ones.  The photo below gives you an example of what some of those early bridges looked like. 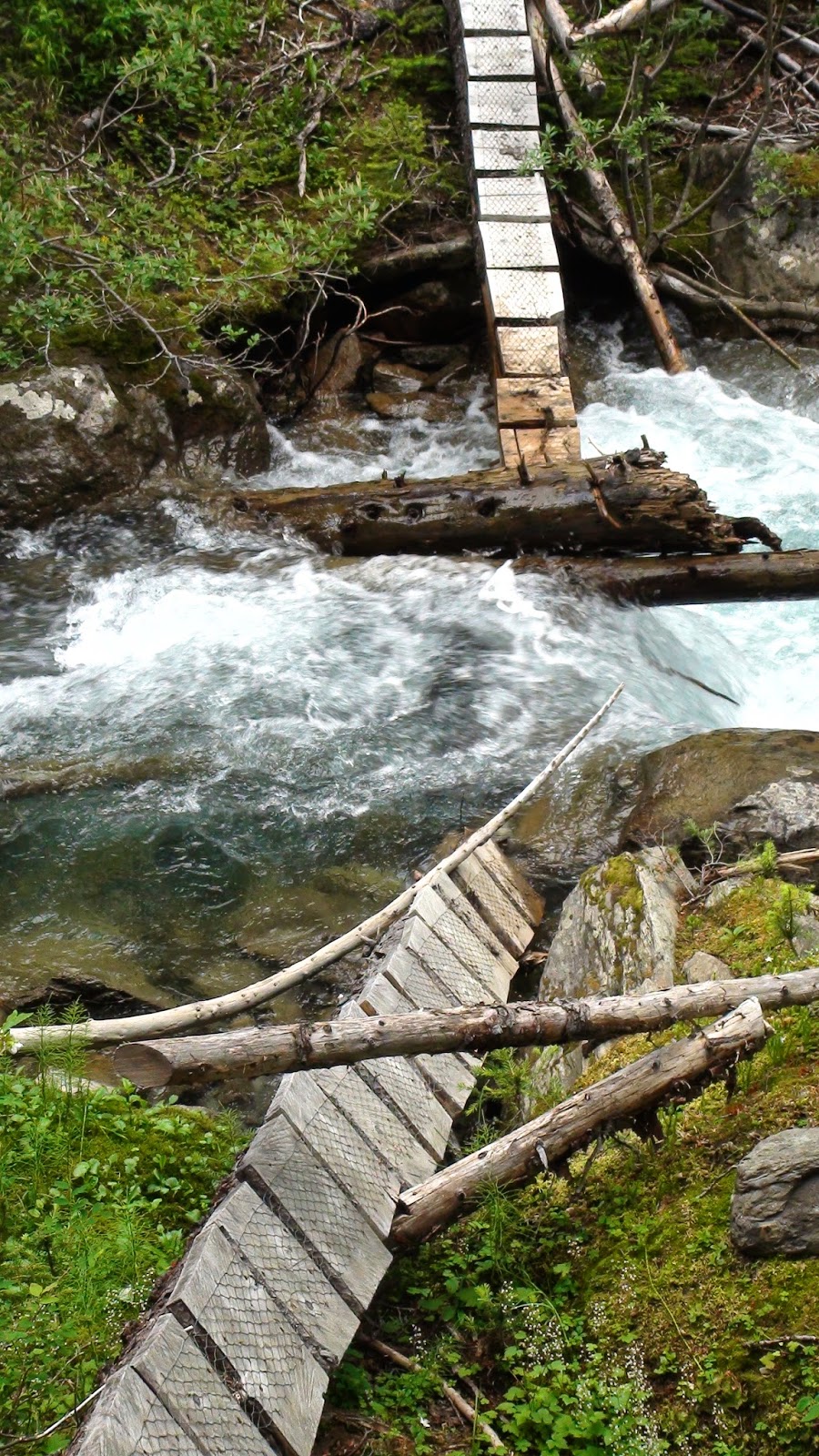 Even though the new bridges are more substantial and wider than the old ones, a hiker still gets that feeling of adventure as he carefully walks above the raging white water on a bridge without handrails.  It is part of the fun of the hike. 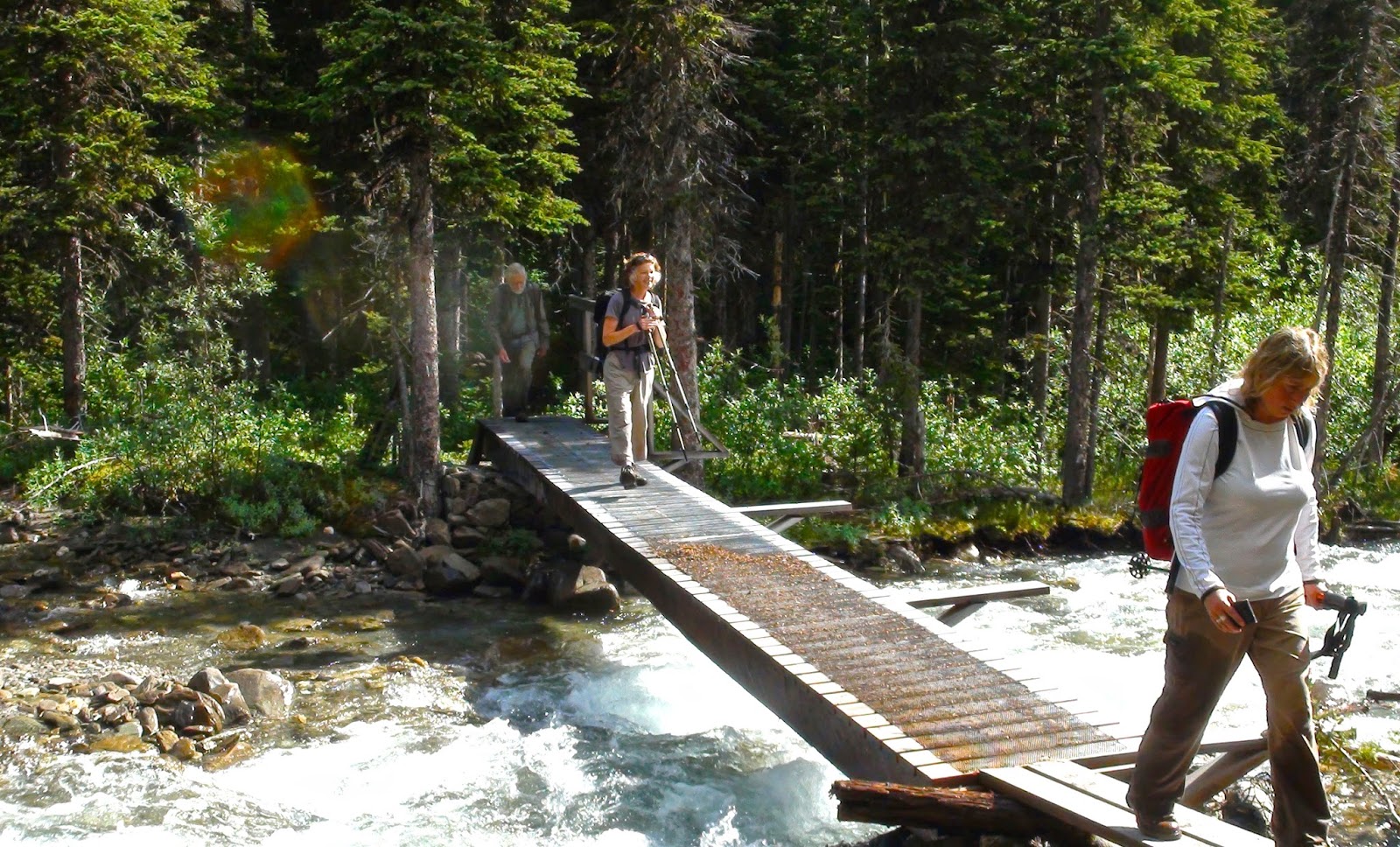 Below is a photo showing what the roaring, turbulent water below looks like as you cross one of the bridges up to the Ozalenka Valley. 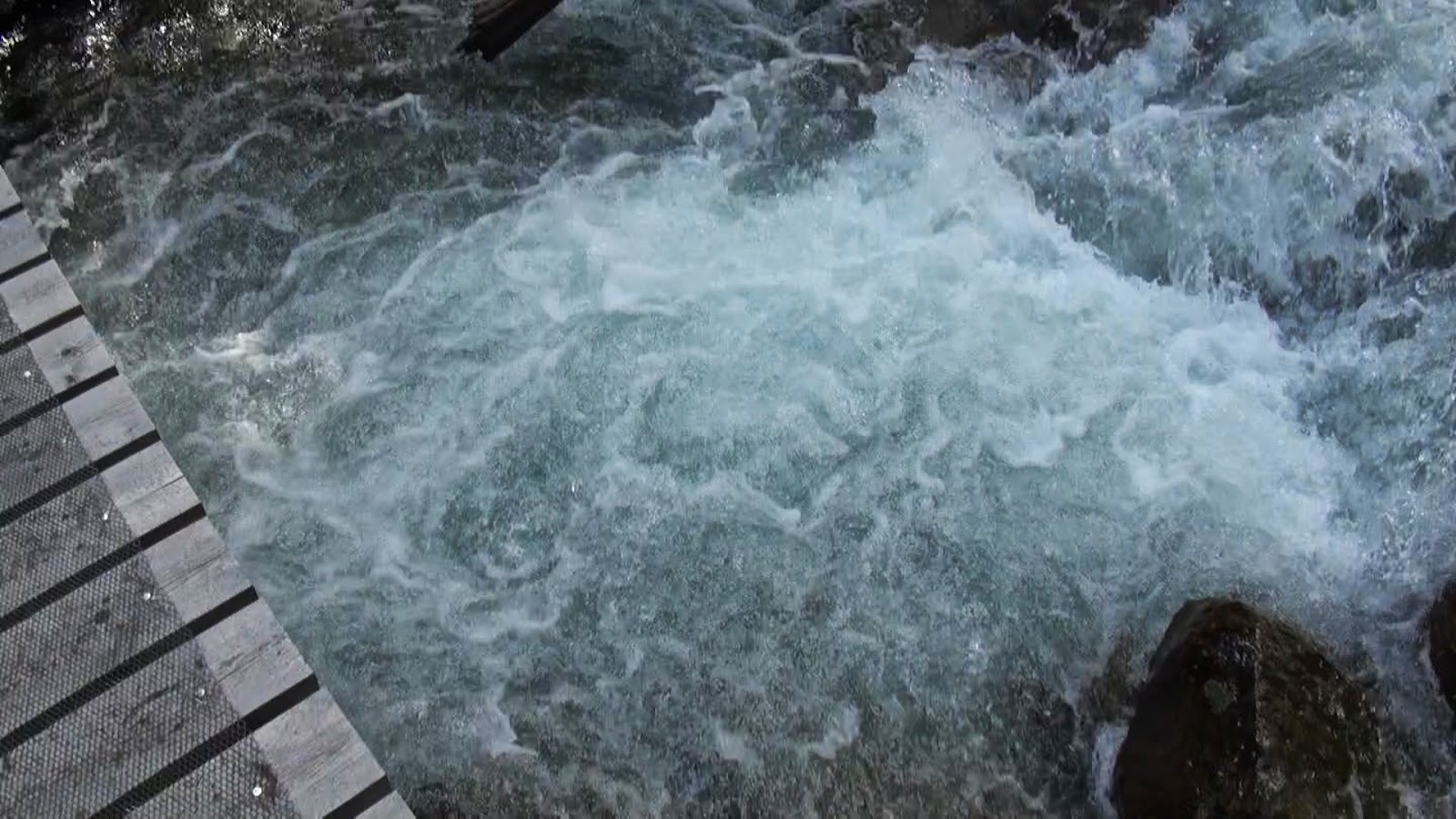