The Hell of a New Computer, Part 3 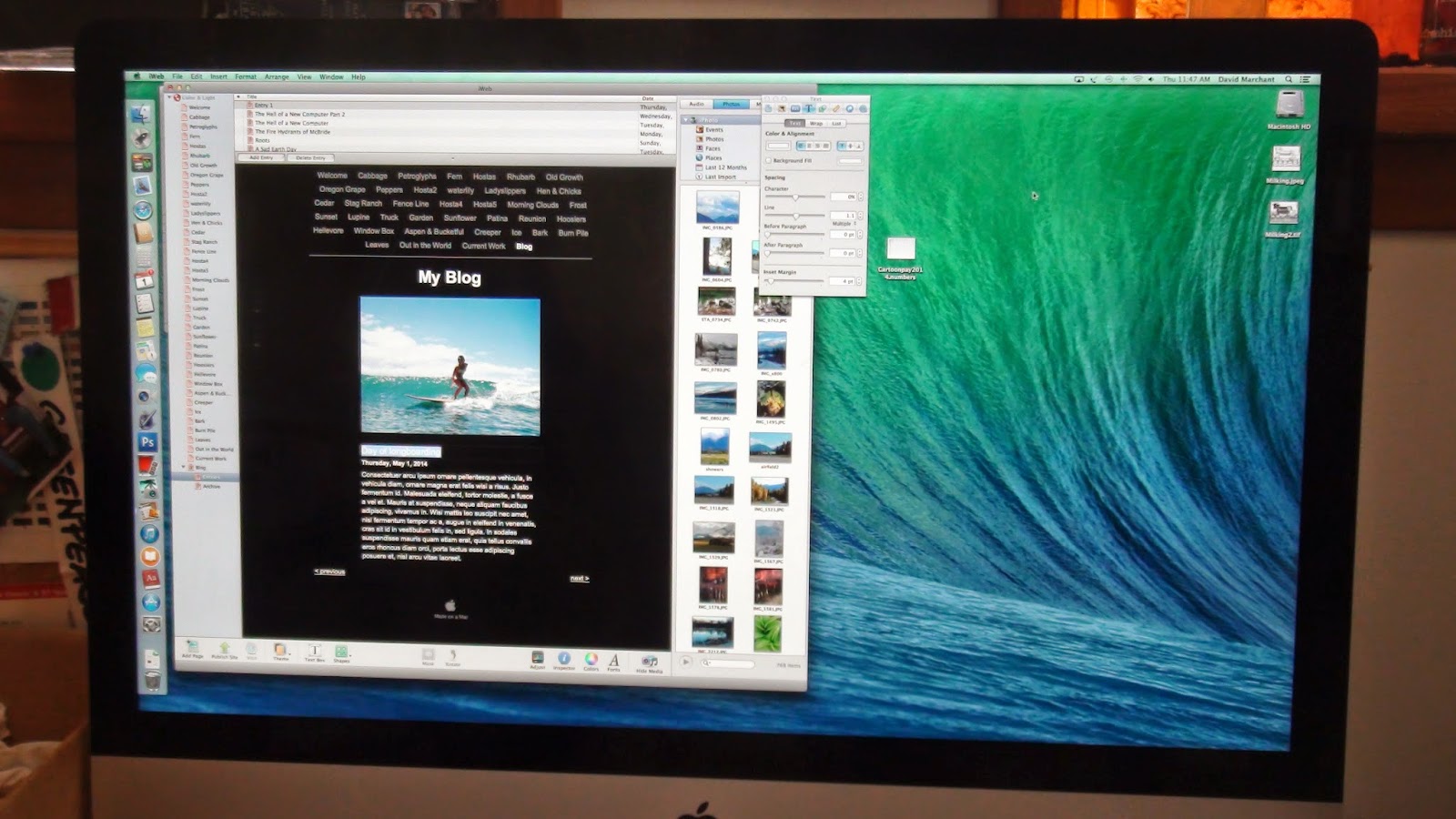 I used an old Mac program called iWeb to create and update my website and blogs.  I have been using it for my blogs since January of 2011, so I have a lot of blogs out there.  Like a lot of programs I like and depended on, Apple did away with iWeb several years ago, but it still worked on my old computer and I continued to use it.
I was overjoyed when I discovered that I had successfully moved the iWeb program over to my new computer.  I was not so overjoyed when I opened it.  It showed a virgin front page--None of my blogs or the rest of my website was with it.  It was like I had just opened the program for the first time.
I got onto Google and discovered that for some reason, the iWeb files are “invisible”, and I tried to follow the instructions to make them appear.  I was somewhat successful in doing this and was able to come up with a folder that was 950 MBs in size.  This I assumed, was all my blogs and other website information.  Too my dismay, even though I have all this stuff presumably in a folder and moved to the correct place in my hard drive, there doesn’t seem to be any way to get it to open up in iWeb, despite trying all the things suggested in my internet searches.
So here I sit, iWeb works on my new computer, it just doesn’t show any of my previous 3 years of work, and if I do a new blog and send it to my website, it will get there, but all of my old stuff that sits there will be erased.  Fortunately I can use this Blogspot site to continue my blogs, and in the meantime I am slowly trying to rebuild my website using iWeb, rebuilding the whole site, and some of my favorite blogs.
It is a lot of time consuming work, and it threatens to overwhelm me, but I don’t know what else to do.  I don’t want to lose all of my old work, so I will try to re-do it.
Getting a new computer seems like it ought be fun and exciting, but so far that thrill has been overshadowed by all of the frustration and hours work that it has caused me.  Slowly over time, I hope to be back where I started from.

You can still see my paintings on my website:  www.davidmarchant.ca