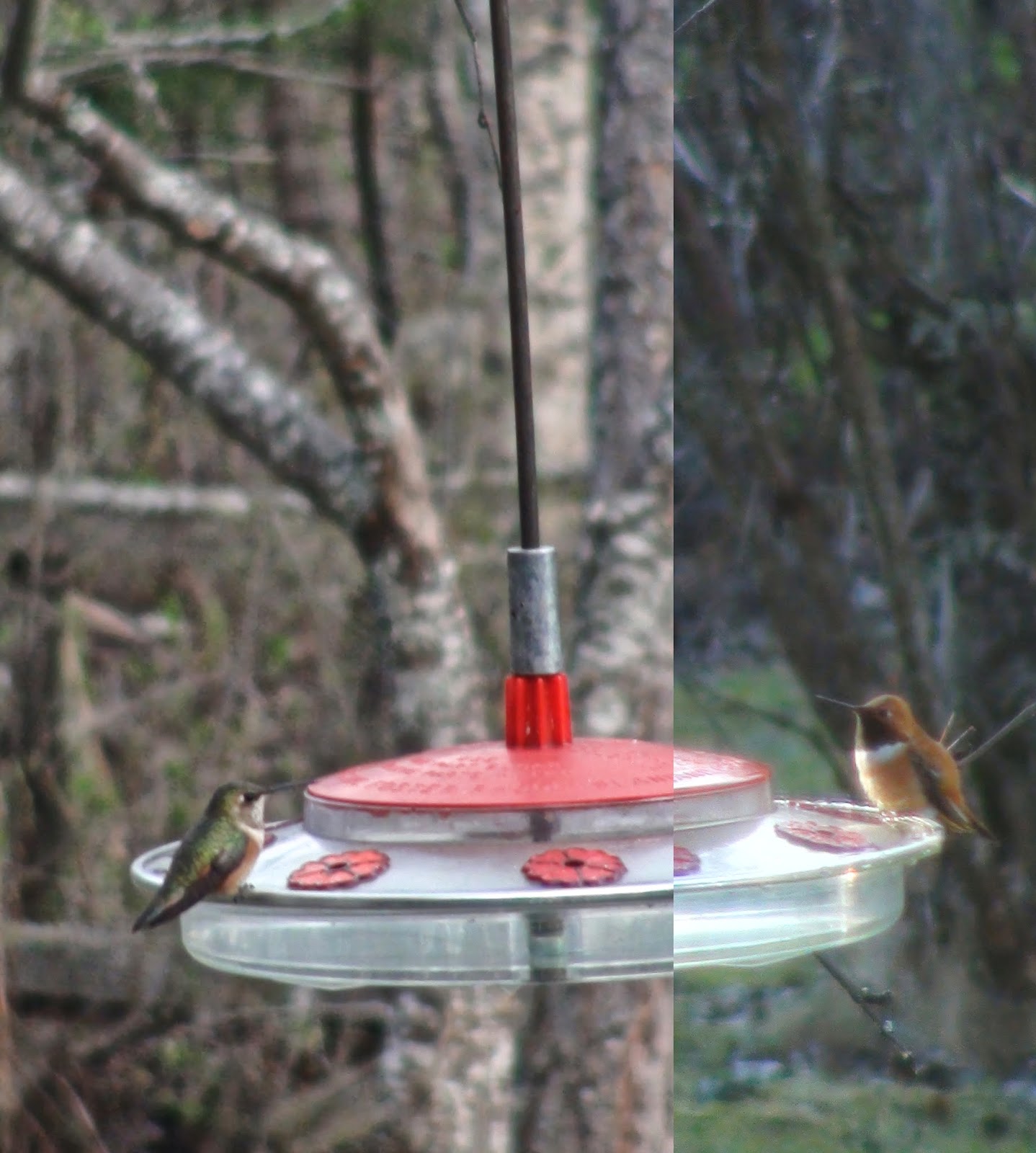 The hummingbirds have returned to the Robson Valley.  I made this quick composite photo to show the two types of hummers we have around here.  On the left is the Calliope hummingbird.  It is the tiniest bird in North America, weighing only 1/10th of an ounce (2.3 grams).  As you can see, the rusty colored Rufus hummingbird on the right is a bit bigger.  It is not apparent in the photo because of the way the birds are turned, but when they reflect the sunlight at a certain angle, they both sport an iridescent ruby-colored patch on the neck.
Both hummers migrate up here to breed.  A local man who tags them has had his birds come from as far away as Texas.  I always worry about them, arriving up here when the temperature still drops below freezing at night, and there are not many flowers yet for them to get the sugars they need to survive, but I guess they know what they are doing, because they keep showing up.
Both Joan and I were surprised on our first spring in Canada to see hummingbirds.  I always associated them with hot summers in Indiana and Joan, who grew up in Germany, had never seen a hummingbird and thought they could only be found in South America.
Like bears, hummers are something we look forward to seeing each spring.