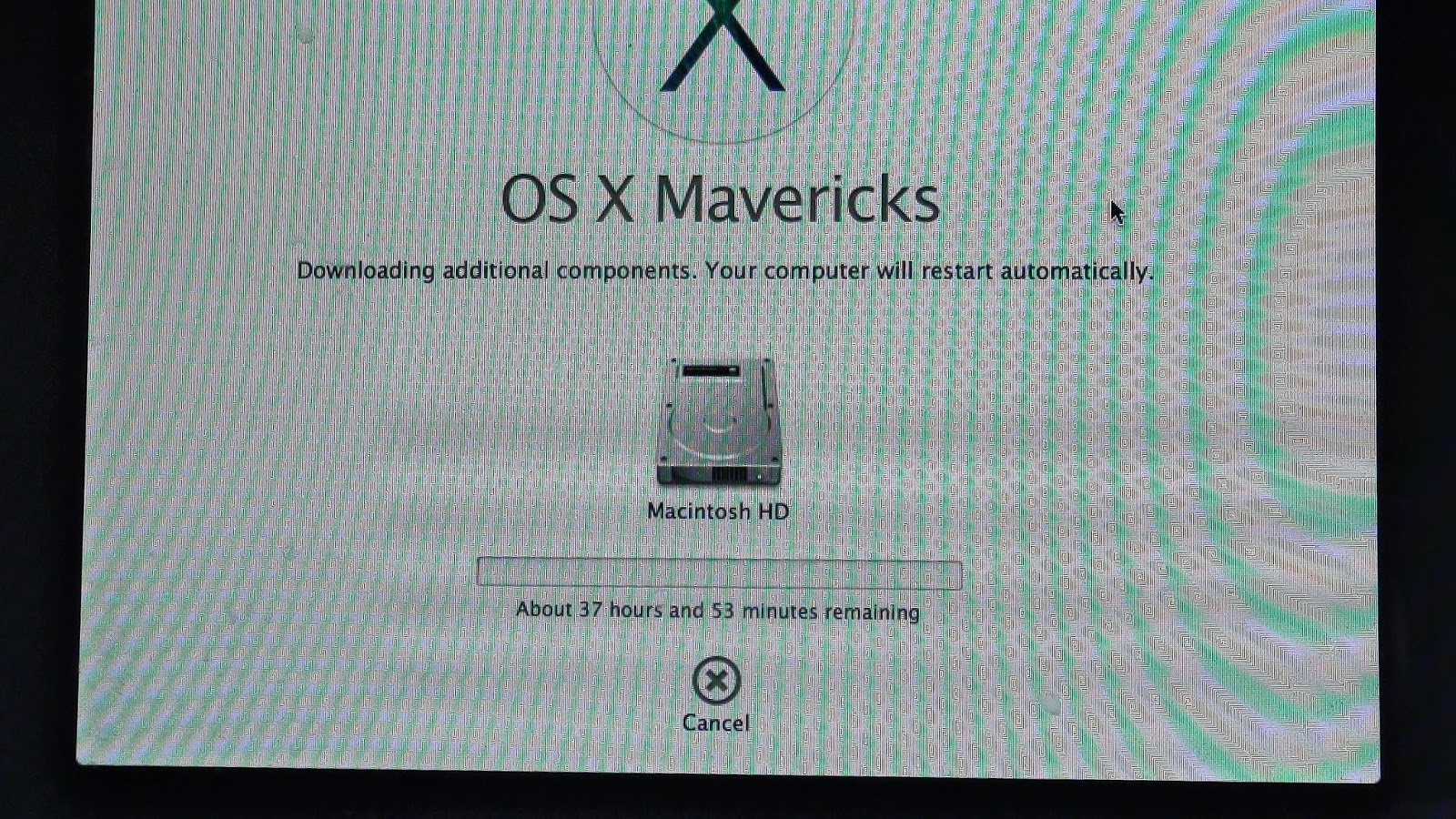 I am really tired of downloading Apple’s new operating system, Mavericks.  I have had to do it 3 times now.  I long for the days when you used to get a CD with the operating system on it and you could just put it in the computer and install it, but now Apple no longer makes their operating systems available on a CD, so they have to be downloaded from the internet.  This might be okay for those people who have access to really high-speed internet, but its a real burden to people who are on the slow lane.
Mavericks is 5.3 GB in size.  Not only does it tie up the internet for a long time, but for many internet subscribers whose plan limits download time, it can be really expensive.  A friend of mine, has avoided updating to Mavericks because of the extra cost he would incur for going beyond his download limit.  Fortunately, so far my provider hasn’t hit me with additional charges.
To stay current, I first downloaded Mavericks on my old computer.  When you click the “Download” button and the computer starts to consider the task, it comes up with a screen that estimates the download time.  (See photo).  The time jumps around a bit at the beginning.  I just about fell out of my chair when I read, “About 55 hours”.  That’s a pretty long span of time to be using the uninterrupted internet, considering all the times it shuts off around here.
I think this first download took me about two and a half days.  The first night the internet stopped and so I had to start over the next morning.  In the evening, internet speeds really bog down as more people get online downloading movies, but eventually, I got the OS all downloaded and it was easy to install.
Then, I bought my new iMac and discovered that it didn’t have the latest version of Mavericks on it so I had to do another lengthy download for it.  That too, took a couple of days of downloading.
Since my old computer was still a very functioning machine I decided to give it to a friend who doesn’t have a computer.  That meant I had to wipe all my stuff off of the hard drive, and yes, re-install Mavericks.  Luckily, this time it took only a day and a half to download.
Hopefully now I will be good for a while and will just have to deal with small updates and not the whole Mavericks operating system.  It feels really good to be on this side of the ordeal.