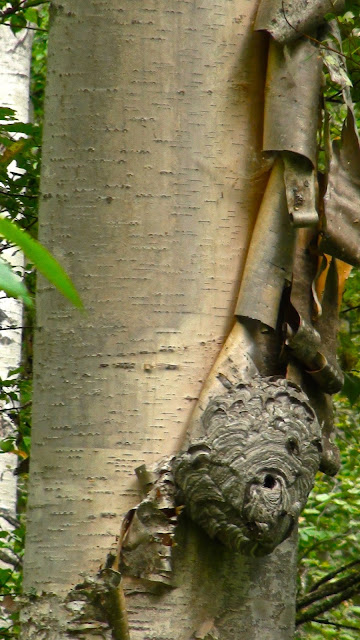 I see these big papery “hornet’s nests” (I don’t actually know if its hornets, bees, or wasps that build them), every summer.  I usually don’t get close enough to investigate.  I have found them in my barn, on an upper window of my shop, and in my greenhouse.
This was the first time I spotted one on a birch tree, and it seemed like it was a good place to build it, since it blended in so well to the bark.  There was a constant flow of bees coming and going out of the hole in the nest.
Most of the ones I have found in the past seem to come to a bad end.  They are usually located high and out of the way, and I don’t disturb them, but often late in the summer, there comes a day when I notice that they have been broken into and torn apart.
One generally thinks of bears doing that, but in the ones I have seen I suspect it was a bird.  A bear couldn’t have accessed them.  The photo below shows what was left of one of these destroyed nests that was in the rafters of my greenhouse. 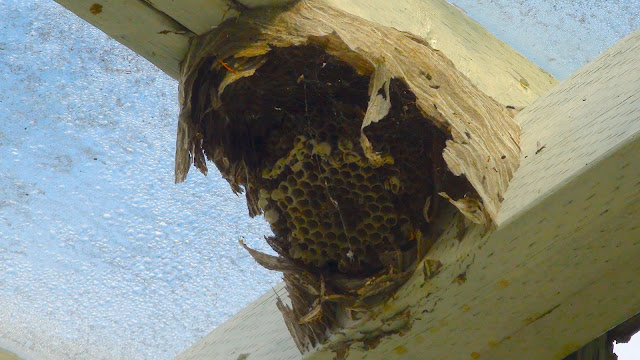