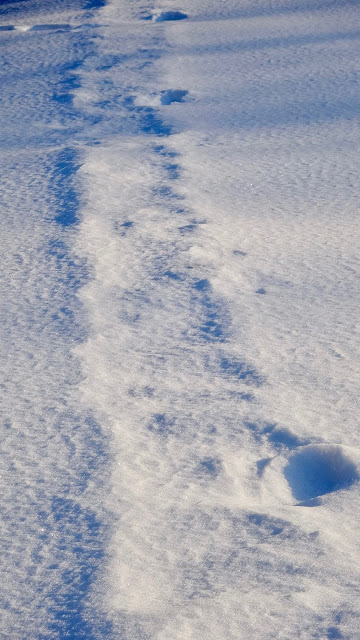 Here is a sign of Spring.  This is a photo of the path I walk daily, around the pond.  It used to appear like a 1 foot (30cm) deep trench in the snow, and now the snow that surrounds it is beginning to melt away and sag, so the path is actually a bit higher than the surrounding snow.  Soon it will be a ridge sticking up above the snow and walking will become very difficult, until the surrounding snow sags so much that it becomes easier to make a new path in the snow, rather than try to balance walking along the original path.