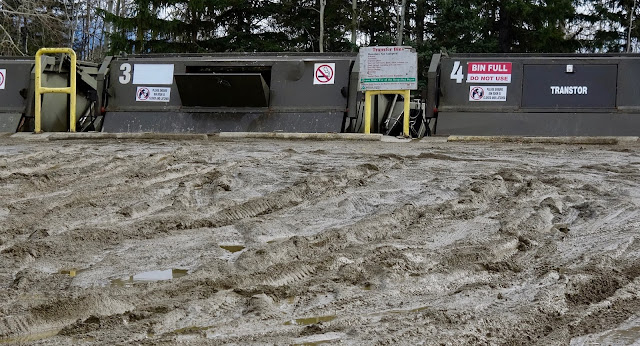 Midwinter, when I dream about Spring coming, I usually forget about reality and the transitional time that around here is called “Breakup.”  Breakup is the period when the snow begins to melt and everything seems to turn into mud.  I remembered all about breakup yesterday when I drove to the dump to drop off some trash.
The area that slopes up to the trash bins appeared to me to be a wet plowed field.  Luckily, I had only one garbage bag to contribute, so I just walked it up to the bin.  The attendant told me some people had to use four wheel drive to get up to the bins.
It now strikes me that this sort of everyday life for us is probably a foreign concept to most people who live in places where everything is paved.  Around here, there are a lot of places where roads and streets are gravel.  The road we live on was gravel for many years, and during the spring it became a bit of a nightmare to slide and slop your way to town.  Fortunately it was finally paved, which certainly made it easier on our vehicles.  Unfortunately for us, McBride no longer has a car wash.
Below is a shot of the road that goes to McBride’s Community Hall.  What footwear would YOU wear to an event? 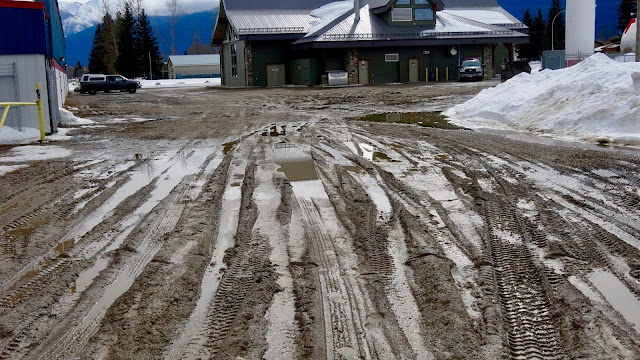