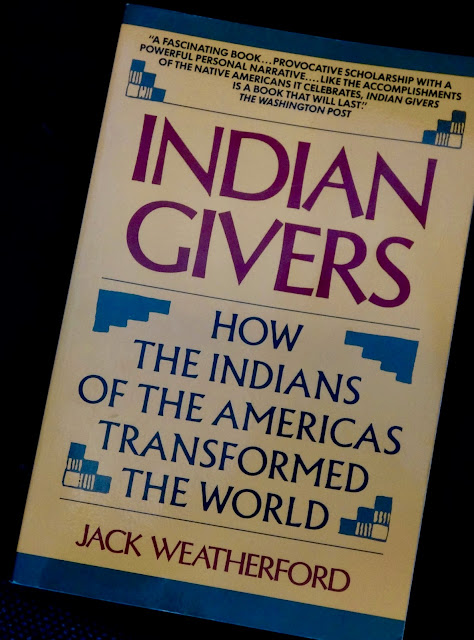 Transport:
Canoes, kayaks were invented by the Indians.
Amazingly engineered roadways through the high Andes mountains deep valleys, and jungles, that ran thousands of miles and were used by runners in a communications system similar to the pony express.

I found the whole book interesting but the chapters that I found most fascinating were on the subject of food plants development.  It made me  realize that most of my favorite foods were all the results of the Indian agricultural technology.

Take a look at my paintings at:  davidmarchant.ca