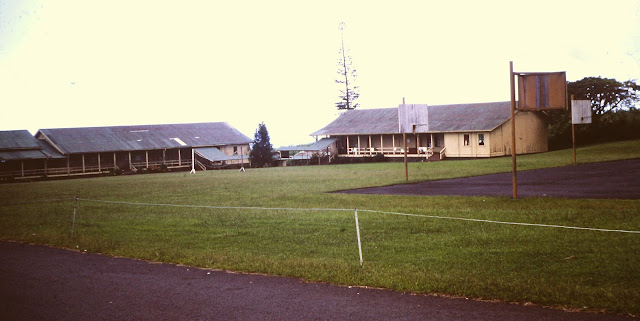 Back in 1966,  I rushed into my bedroom with “Turn, Turn, Turn,” my newly purchased new Byrd album.  I ripped the cellophane wrapping from album, slid the vinyl record out of the envelope, plopped it down onto my turntable, and lowered the stylus onto the revolving grooves on the record.
The Byrds were my favorite group.  They had been instrumental in creating a new genre of music called “Folk Rock” which coupled the sensitive and poetic lyrics of folk music with the rhythms and instrumentation of Rock and Roll.
As I had hoped, the album featured the rich high vocal harmonies of the Byrds, pulsing bass, and the jangling electric 12 string guitar which were their signature hallmarks. Beside the expected Dylan covers, and some of their own compositions, there was a cover of a song written in 1954 called “Satisfied Mind.”  I was unfamiliar with the song and was immediately struck by the lyrics, the chorus went:

“For money can’t buy back your youth when your old,
or a friend when your lonesome, or a heart that’s grown cold.
The wealthiest person is a pauper at times,
compared to the man, with a satisfied mind.”

The words reflected my view of wealth, but also what a mistake it was to make money the main focus of your life. The accumulation of wealth and power was not the goal I wanted in my life, instead I hoped for friendship, happiness, and satisfaction.

The lesson of those lyrics came to life for me one weekend in 1969. At the time I was taking Peace Corp training in a long, tropical, tin-roofed former school building near Pepeekeo, on the Big Island of Hawaii.  The eight weeks of intensive training meant instruction from daybreak until about 8:00 at night.  We were only given Saturday afternoons and Sundays off and so like all of the other trainees, tired of the language, cultural, and training lessons, I sought to take full advantage of my allotted free time.
Once I got to Hawaii, I was surprised to learn that the Big Island had less than a handful of beaches on it.  The closest one was in Hapuna Beach State Park and this rural Indiana boy was eager to see it.  What was the use of being on the islands without spending some authentic Hawaiian time in the sun and surf.
Pepeekeo was on the wet side of the island, and Hapuna Beach on the dry side.  The trip to the beach would normally take a little more than an hour and a half drive, first skirting along and above the coastline of the island, then driving over the hump at the island’s interior, and finally descending into the desert-like leeward side to the beach, but since Peace Corp volunteers had no access to a vehicle, we had to rely on hitch-hiking if we wanted to travel anywhere away from our camp, so travel time to the beach always varied.
One weekend, a girlfriend and I decided to spend our weekend at Hapuna Beach, so with blankets and supplies in hand, we hiked up to the edge of the highway, put on a pleasing face, and stuck our thumbs out.  Eventually a big white Cadillac took mercy on us and stopped to pick us up.
“Wow,” I thought, “this is great, we will be riding to the beach in style.”  I was wrong, it was not the delightful ride I had imagined. The Cadillac was occupied by a wealthy middle aged couple, and after we had gotten in, closed the door, and answered some introductory questions, the couple soon forgot our presence in the back seat, and began to verbally go at each other.
They bitched and complained, insulted and argued at each other as  Charlotte and I, embarrassed by the verbal tirades, tried to make ourselves invisible in the back seat. While I was thankful for the ride, I was even more thankful and relieved when we were able to get out of the car and escape from the really miserable rich couple in their fancy car.
Our beach time was idyllic, Hawaii was a paradise for the senses. The azure surf, the deep blue sky, and the blinding white sand all fit my  Hawaiian stereotype.  We even got to stimulate our tastebuds when we were even invited to help ourselves to the leftover fresh pineapple and other tropical fruit refreshments from a Sierra Club gathering that had been held at the beach.  At night we made our bed in the sand beside a van-sized rock, under a million stars, with the surf lulling us to sleep.
After a morning of more swimming and lazing around in the sun, it was time for us to gather up our blankets and head back to camp. We hiked up to the road then once again relied on our thumbs for a ride, eventually we made it the main highway, halfway home.
As we stood there hitching, a very old beat up and rusted truck slowed to a stop.  The driver, one of the two old grizzled geezers in the cab, spoke through the rolled down window and said, “There isn’t any room in the cab, but we’ve been out picking guavas and you can sit in the back with the fruit if you want.”
We accepted the friendly invitation, threw our bundles into the back, then climbed over the dented tailgate and settled in.
It was an uncomfortable ride, sitting cramped on our blankets, which we had bunched up to pad our bottoms from the hard floor of the truck bed.  Our confinement, squeezed between the baskets and cardboard boxes, full of the freshly-picked green fruit, didn’t hamper the enjoyment of our ride.   We watched, with the wind in our hair, as lush flowering bushes, green ferns, and tropical palms flew by, giving us the occasional glimpse of the Pacific on our left.
When they stopped to let us out, we climbed out of the back of the truck, our legs still stiff from the confinement.  As I thanked the old men, they told us we should take some of the guavas with us.  Seeing that they were poor men, who had already given us the gift of a drive, I tried to refuse, but they insisted.
Those two very contrasting rides, one in the miserable rich man’s plush Caddy and the other in the poor man’s beat up truck, will be forever in my memory, and even back then, given the choice of what kind of life I wanted, I would have always chosen that of the poor content old men in their rusty old pick up, over the neatly dressed wealthy guy in his shiny white Cadillac.

Below are photos of the view of the Pacific from Hwy. 19 and Hapuna Beach. 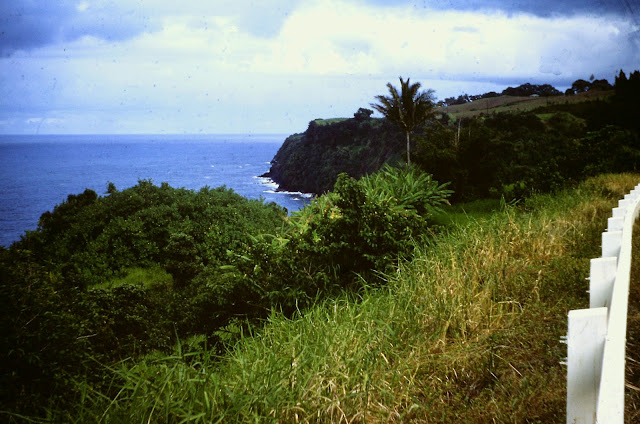 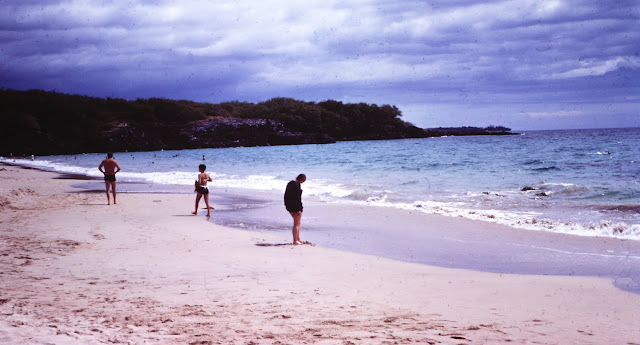