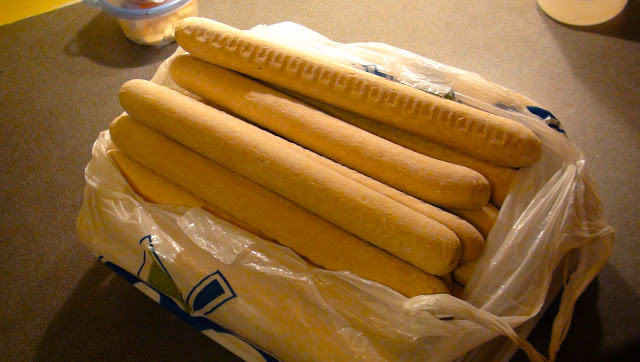 I have sometimes read of isolated communities along dangerous rocky shorelines, that benefit from the ships that occasionally crash into those rocks.  Word quickly scatters through the community, and the residents rush to the sea to salvage the items from the ship that are washed to the shore by the waves.  I have often thought that McBride is similar to those sea coast communities.
The Robson Valley offers no  dangerous seacoast, but McBride does sometimes benefit from the dangerous highway that winds through the mountainous terrain.  During the time I have lived here, I have often heard of wrecked transport trucks, or freight trains that have lost their loads, and those loads were often salvaged by local people.
Living, as we do, away from town, and the quick communication network of local gossip, we rarely benefit from these accidents.  Things happen fast.  I do still have a couple pieces of thick watercolor-like paper that was given to me, that had been in some overturned truck, but it was so long ago, I have forgotten the details.  I have had it for decades now, and still haven’t figured out what I could do with it.
When I was building my house, I was very regretful, about failing to hear sooner about an overturned truck carrying building lumber.  I don’t remember if that was a legitimate “salvage” or not; quite often the spills end up scattered, down mountain slopes, and are not really worth the effort of insurance companies to collect, so they are left for local people to pick up.
Last night, as I was trying to get to the end of a pretty bad movie that I had recorded, Joan returned from her knitting group.  She was carrying a plastic bag, and she was all excited and had a story to tell.
Apparently, a truck carrying frozen bun dough for a Subway restaurant, had had an accident on Hwy. 16, and, I guess, because of the accident, the frozen unbaked bread dough, could not be safely used by the restaurant, so it was open to salvage.
I don’t know, how much of this frozen bread dough ended up in McBride, but there must have been a lot.  The people opened their freezer to Joan, to give her the dough, wanted her to take more than she did.  As it is, I guess we now have about 40 sticks of the frozen whole wheat bun dough in our freezer.
I guess everyone is happy to receive free stuff, I sure am.  I am very anxious to try to bake one of our newly acquired subway buns, but unfortunately, the replacement bottom element of our oven, has not yet arrived, so I will have to wait.

To view my paintings or to read my older blogs go to:  www.davidmarchant.ca