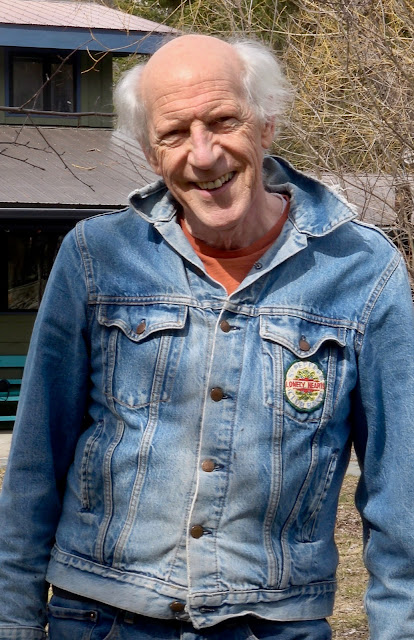 The other day when I got out to my shop, ready to do some work outside, I realized that the old down coat I was wearing was going to be too hot, so I walked over to the clothes hook by the door and pulled off a denim jacket that was hanging there.  It was my old “Milking” jacket and it flooded my mind with memories.

For some reason my mother always referred to it as my “Milking” jacket although I certainly never did any milking with it.  I always assumed that maybe when she was growing up on my grandfather’s farm a similar type jacket was used for doing farm chores, like milking.  I have never heard this type of jacket ever referred to as a milking jacket, except by my family.

I have had this jacket since the 1960’s and amazingly although it is getting pretty worn, but is made of heavy duty denim and it remains in good shape despite all of the work I have put it though.

Sometime after 1967 when the Beatles released their Sgt. Pepper’s Lonely Heart Club Band album, I bought a Sgt. Pepper’s patch and proudly sewed it onto one of the pockets.  I have always been pretty proud about having the patch, thinking it was pretty unique, but, I just looked on line and you can still but them today for about $5-$6.00, so I guess they are not as rare as I thought it would be.

I have had and worn my milking jacket for most of my life and it remains a favorite bit of clothing.  We’ve been through a lot together. 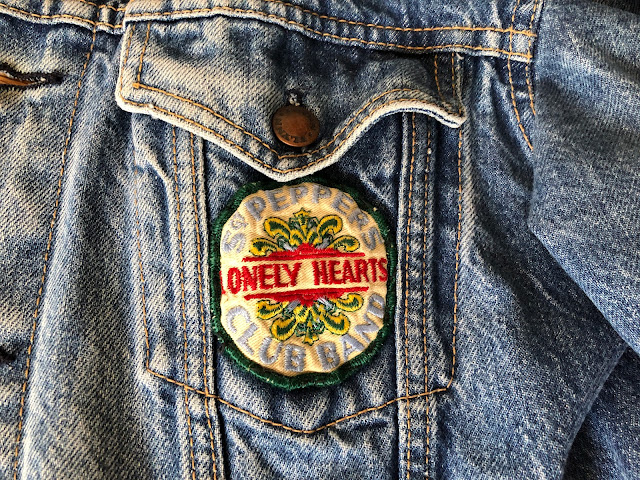 You can view my paintings at:  davidmarchant2.ca
Posted by Life in BC's Robson Valley at 08:56