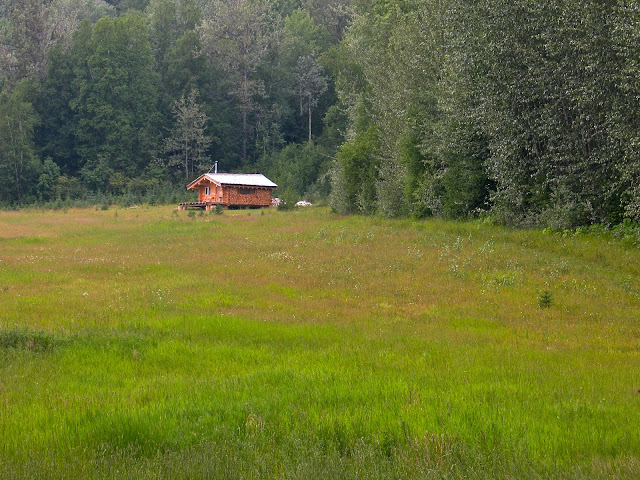 Back in the early 1980’s shortly after I began working for the BC Forest Service, they went through a reorganization, changing their name to the Ministry of Forests (a name I always hated) and as a result of the reorg, the structure of Forestry changed to put more employees at the local level, where the logging was happening.  As a result, our local Forestry office began getting some new employees.

One of those that began working at our Forestry office was a guy named Bruce Cameron.  Bruce was a compact guy with a trimmed beard and a bit of a ruddy complexion.  Bruce had a bit of a devilish personality which always made working at Forestry interesting.

Bruce was made supervisor of Timber Cruising (measuring and inspecting forests), Scaling (measuring and evaluating logs that came to the mills), and Inventory (keeping track of what trees were growing where in the forests).

Even though I had worked without a “supervisor” for years, Bruce became my supervisor, since I was doing the cruising and inventory work.  I was a bit miffed at the thought of having a supervisor, but Bruce was very “hands off” and an easy going guy, so having him as a supervisor really wasn’t a problem.

When Bruce first arrived to start working at Forestry, he bought 160 acres of land without a house, near Dunster.  I think he and his wife must have moved a trailer onto the land, when they first arrived.  Bruce’s plan was to build a log house on the property.  (Note:  I couldn’t find a photo of Bruce or his log house, so just used one of another log house that I had).

When Bruce started talking about building a log house, I asked him, “Did you ever build a house before?”

I will always remember his answer;  “No, but I built a table once in shop class.”

Bruce, like a lot of people around here, did build his own house and lived in it.  I guess he learned a lot from making that table.

Another story I remember about Bruce happened in the Forestry Office.   My co-workers were always bringing in snacks for everyone to share during our lunch breaks.  There would be cookies, cakes, and things like that, especially if someone was having a birthday.

One day one of the women employees was going to celebrate a family member’s birthday (not a forestry employee’s).  She had ordered a special birthday cake from a local bakery, picked it up during her lunch period, and put it in the refrigerator in the staff room so it would keep fresh until she took it home after work.

After work when she went to get the cake, to her horror, she discovered someone had taken a slice out of it.   She went ballistic, and who could blame her.  Of course, the guilty party was Bruce.

He had come into the staff room, opened the fridge door to see what was in it, discovered the cake and assumed it was a staff treat for the coffee break.   Since he was not going to be around during the coffee break, he thought he would just take a piece now, and that’s what he did.

I could never imagine coming upon a cake and just cutting out a piece to eat without doing some checking about it, but I guess that was the difference between Bruce and me.

After a few years in McBride, Bruce took a job in another Forest District and moved away.  I, and the other staff members in our McBride Office, were shocked one day in1997 when we received word that Bruce had died.  He wasn’t all that old, and I think it was his heart.

I will always remember Bruce with a smile.