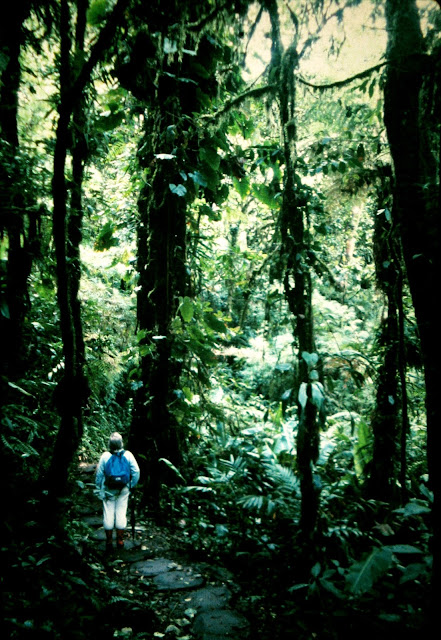 In 1992 we took a vacation in Coast Rica.  We had read a lot about how Costa Rica was saving a many of their jungles by turning them into nature reserves, thus encouraging Eco-tourism.  We were two of the Eco-tourists that were attracted.  Costa Rica is an admirable country in many ways, not only was it very environmentally minded, but unlike many other Central American countries, it is a stable democracy that doesn’t  even have a military.

Because Costa Rica is located in the junction of North and South America, it has a lot flora and fauna, from both continents, so it is a wonderful place to see widely diverse species of wildlife and exotic plants.  We basically explored the country by striking out on our own, traveling by bus with a guide book in our hands.

Costa rica has a lot of jungles and rain forest nature reserves with hiking trails through them and walking through the jungles was not only an education, but an experience for all of your senses;  with their colorful exotic flowers and plants that were growing on top of one another, the wild sounds of birds and the terrifying growls of howler monkeys, and the damp earthy smell of the deep primal forests.

Here are a couple of photos from the jungles we visited. 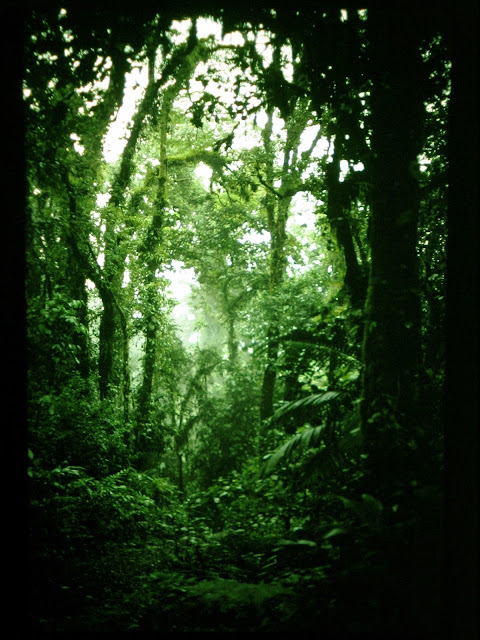