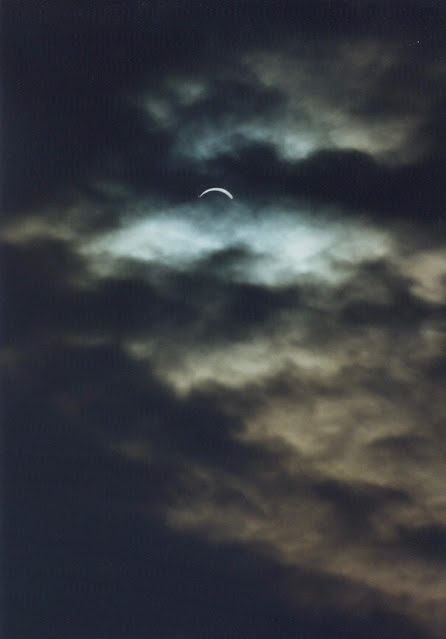 Early in 1991 we heard that there was going to be an eclipse of the sun in Hawaii and since we had relatives and some past friends from McBride that lived there, we contacted them to arrange a visit.  Our friends lived on the Big Island of Hawaii, which seemed to be the best place for viewing the astronomical event.

The Big Island, has a wet, jungly side, and a dry desert-like side, and luckily Richard and Diane lived on the dry side at Kona.  They put us up at their home which was located on a long slope with a view of the Pacific.  We spent a couple of days visiting and catching up on what had been happening in their lives since leaving McBride.  They took us sailing in the Pacific in their sailboat.

There were of course, thousands of tourists that had traveled to Hawaii to see the eclipse, spreading themselves across the island.  The weather forecast for the event was not good, it predicted rain and cloud over most of the Big Island, However, Richard knew of a perfect place to view the eclipse, telling us, “It is never cloudy there.”

The eclipse was scheduled to happen 7:30 in the early morning, so we had to start out in the dark in order to get to Richard’s destination.  As the morning began light was slow in coming, because of heavy clouds that blanketed the sky,  We were very frustrated in seeing all of the dark clouds, fearing we would miss eclipse.  As the eclipse began (behind the clouds) the landscape began to get darker, and soon it was like night.

Luckily, those thick clouds did have a bit of mercy on us, and just as the eclipse was about full, the clouds parted enough to give us glimpses of the event.  We were so relieved and appreciative.  I’m sure Richard was particularly relieved after bringing us to this spot.

Above is a photo I took of what we saw.  I think a majority of the other people who had traveled to Hawaii to see it, didn’t get to see anything but cloud and rain.

Soon, after daylight returned, I took the photo below of the group of people who had also gathered at “Richard’s” spot to view the eclipse.   Below that is a photo of Richard and Diane, our friends and hosts, all smiles and relieved, after getting to actually see the eclipse. 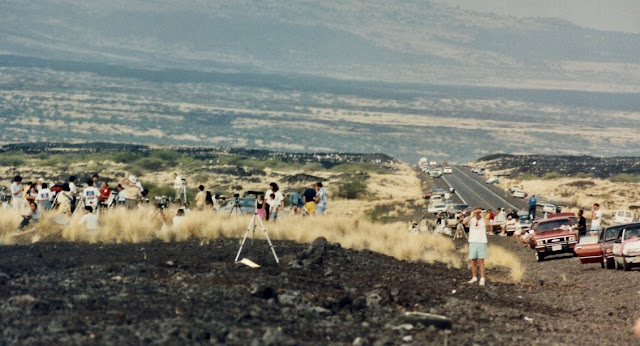 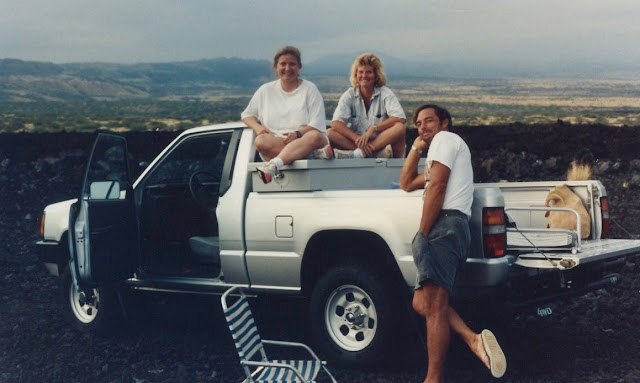 You can view my paintings at:  davidmarchant2.ca
Posted by Life in BC's Robson Valley at 09:22