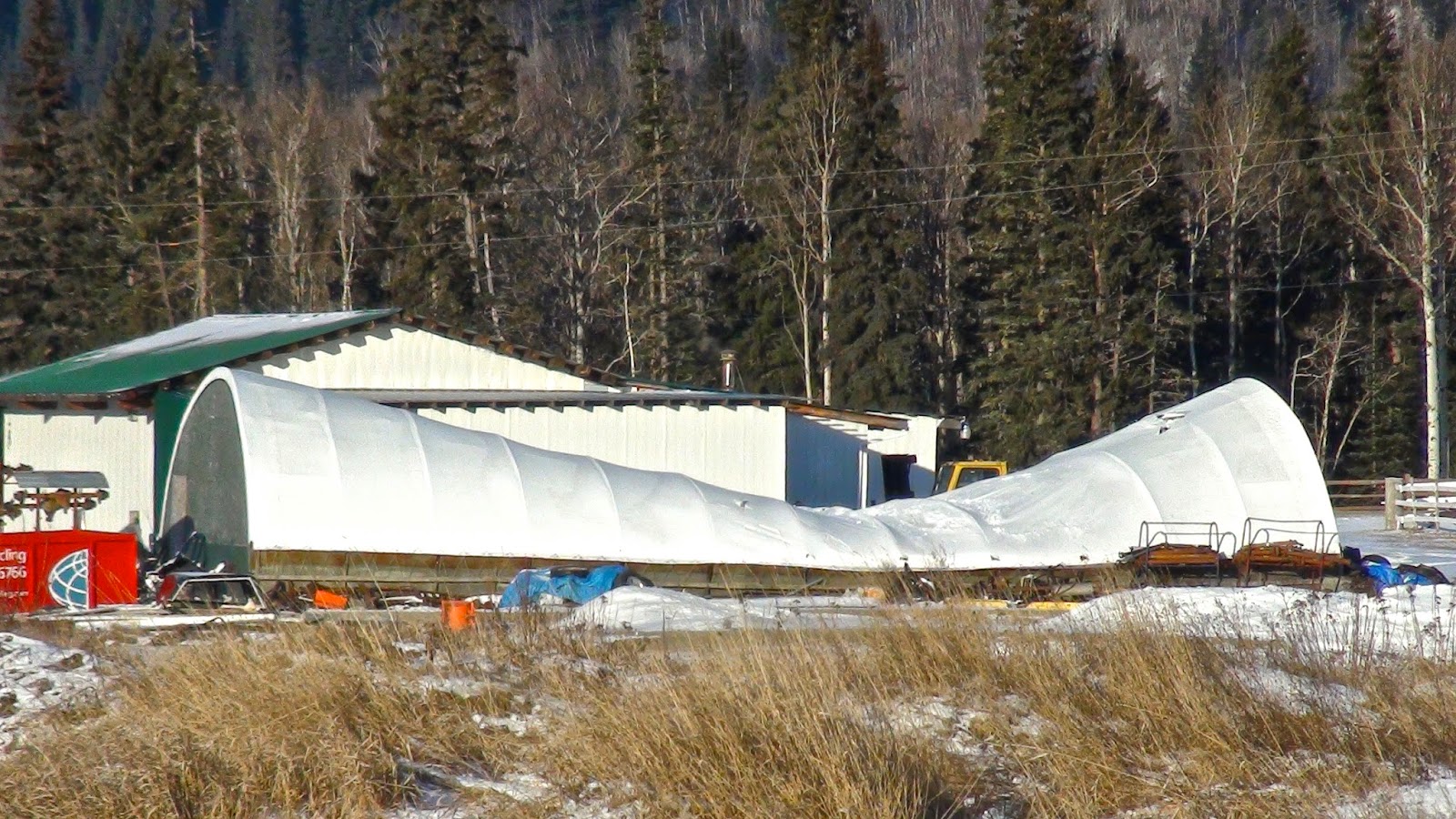 Last night Trevor Jones, a friend who has keeping local weather records for more than 30 years, told me that in December we got the lowest amount of snowfall since he has been recording.  I was painfully aware of the lack of snow, since I have been so eager to use the snowblower I bought that is sitting uselessly in the carport.  The big dump of snow that we did get this winter occurred in the later part of November.
That snowfall is still a popular topic of conversation.  One of the results of that 30 inch (76cm) snowfall was the collapse of this building, which lies over near the McBride cemetery, and can be seen from the Hwy. 16 frontage road.  I really don’t know any more details, other than the weight of the snow must have been too heavy for the structure.
With the start of January, and the new year, we are again back on track and getting snow, with more in the forecast.  I have my fingers crossed that by the end of the day, I will finally get to crank up my new machine to blow the snow off of my driveway instead of shoveling it.