McBride, BC: Between the Ranges 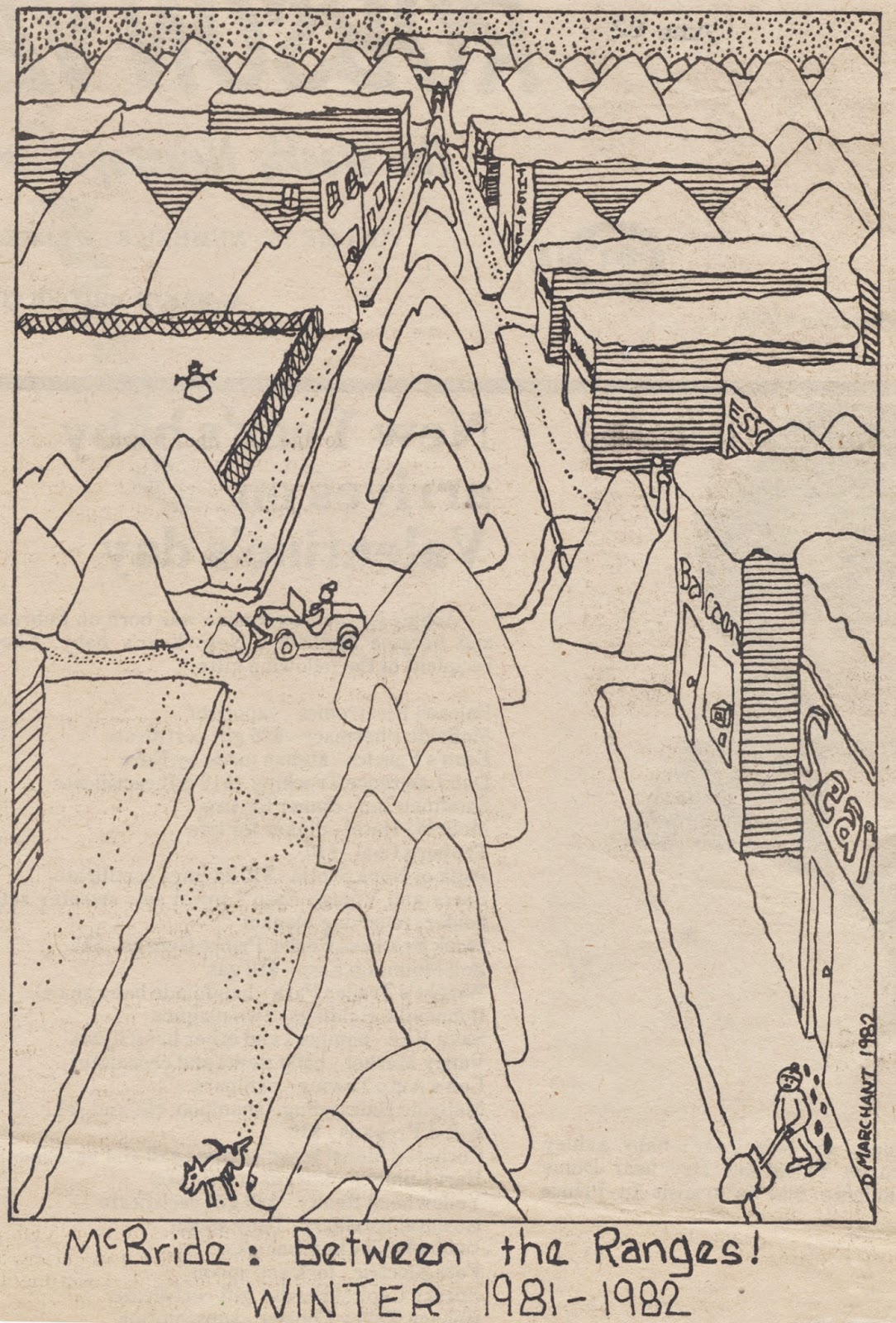 Above, is a cartoon that I drew early in my cartooning “career.”  I think about this cartoon every time we go into town after a big snowfall.  Yesterday when we went to McBride, I was once again reminded of it.
The Village of McBride used to have a circular logo which sported a fishing rod and a rifle crossed in front of an image of some mountains, and circled around the logo was the motto: “ McBride, B.C.  Between the Ranges”  (McBride lies in a valley between the Cariboo Mountains, and the Canadian Rockies)   The fact that the logo featured a rifle made me an dislike the logo immensely , but when I saw how snow was cleared from Main Street, I happily took advantage of the motto for a cartoon.
To clear the snow from Main Street, all the snow from the edges of the street is pushed into the middle, leaving a long “mountain range” of snow down the center of the road.
Below is a photo of the “range” that I took yesterday. 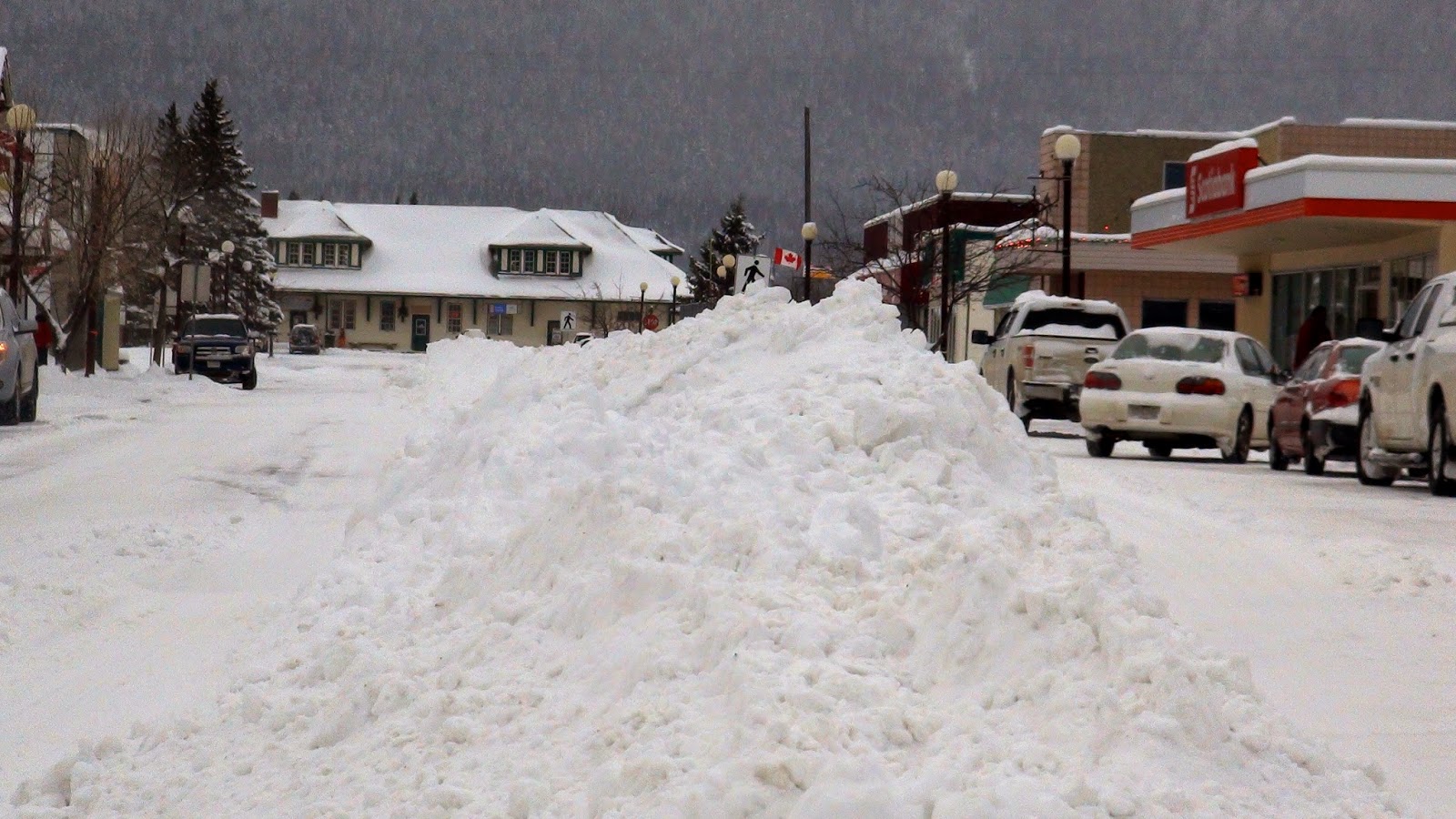 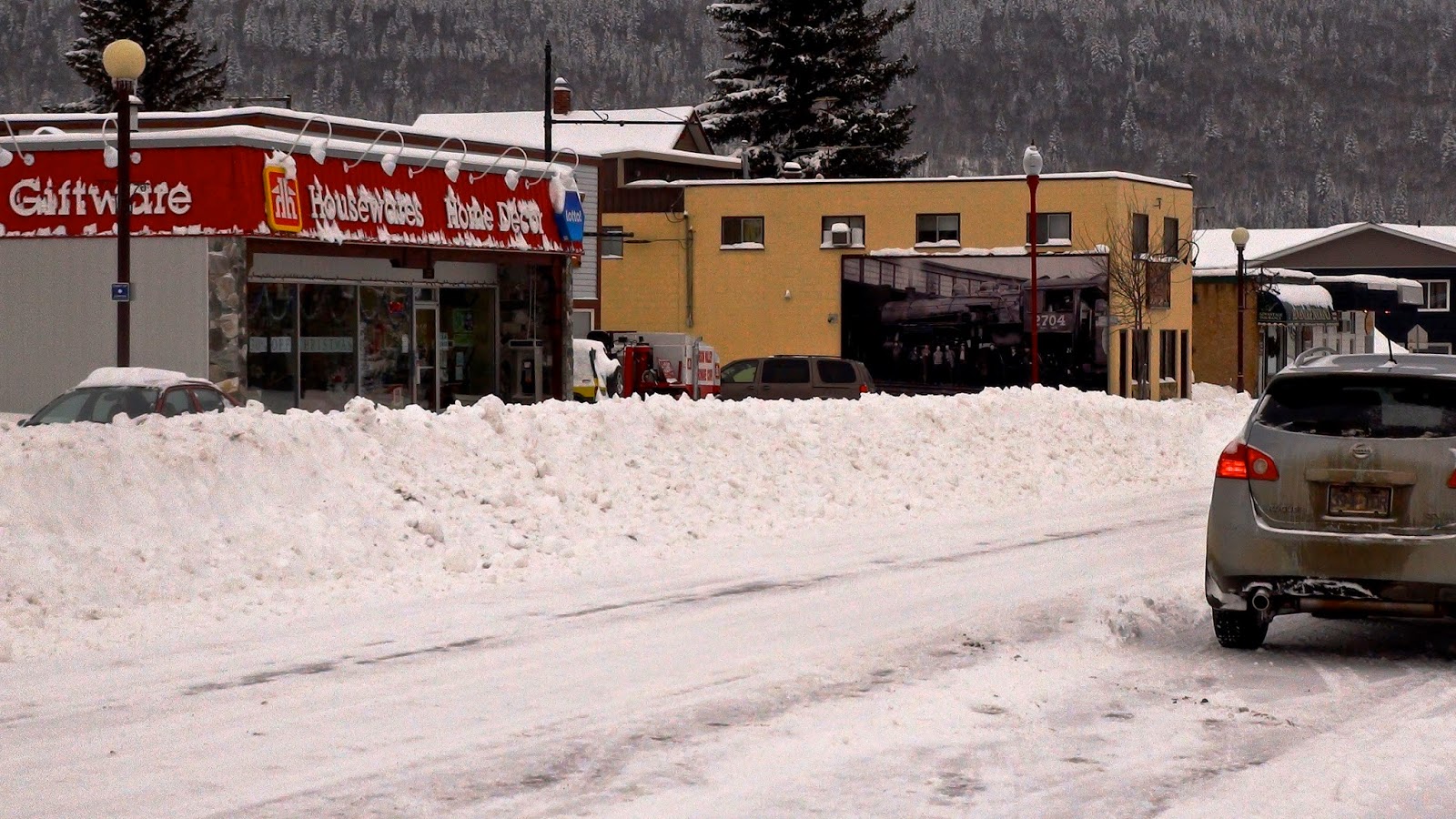