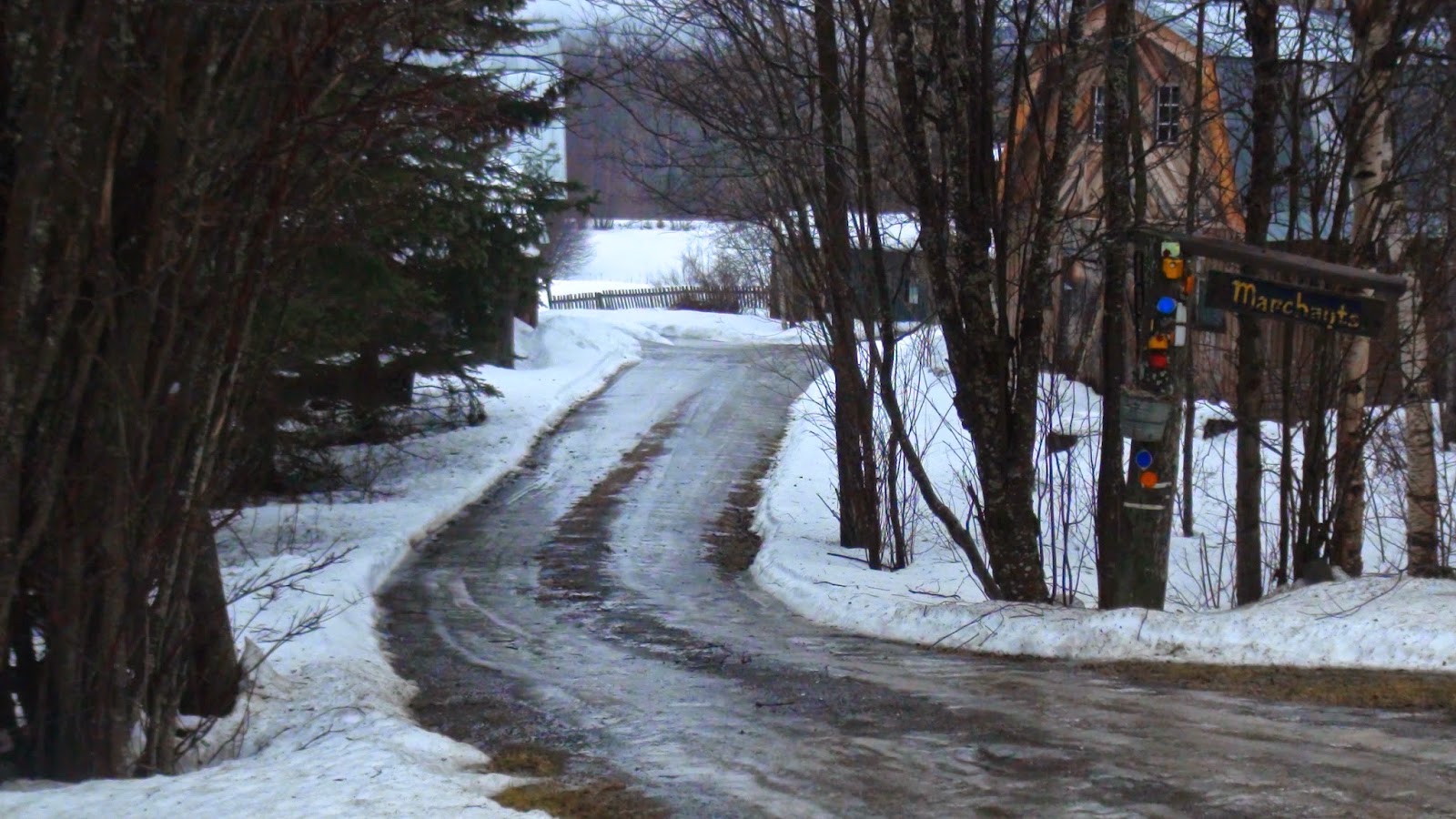 After two days of heavy rain, our driveway has once again turned into an icy downhill track.  We are having a visitor this morning, so I was out early spreading ashes (from our wood stove,) and sand and gravel (which I keep on hand during the winter), on top of the ice, to provide a bit of traction.  This driveway transformation from snow to ice happens every winter, but it is not something I look forward to.
Here is an adventure from my diary that I had back in 1995 when our driveway was in a similar state:

Jan. 27/95, Friday-
“During the coffee break I mentioned that I had recorded a TV show that was on last night that had a segment that featured Darcy Yule, our old District Manager.  This generated a lot of interest, so I volunteered to drive home during the lunch hour, get it, and bring it back so the staff could watch it during the afternoon.  I made a big mistake when I picked out the 2-wheel drive warehouse truck to make the pickup.
When I got to my driveway, it was so icy that I decided that I shouldn’t drive down it, so I was just going to park at the top.  Then a car came down the road so thought I’d better pull more off the road, so I just inched into the driveway a little bit more.  The front end of the truck was just slanted down hill a bit, but because of the ice under the back wheels, it was enough to prevent me from backing back out into the road.
I didn’t know what else to do, so I decided to drive forward down the driveway  just as far as the level area between the shop and the barn.  There I thought I might be able to get enough of a run on the drive so I could back out.  It didn’t work, so again I thought I would just drive forward some more, down all the way to the carport.  Once I got into the dry carport I was able to get enough inertia to back all the way to the turnaround spot, where I got the truck aimed into the right direction to allow me to drive out of the driveway.  Unfortunately, just being aimed in the right direction, didn’t really give me enough traction to drive up the icy drive.  I was stuck there.
Running out of ideas, I finally decided to fire up my old green 4-wheel drive truck, which was parked in the turnaround space, and see if I could tow the 2-wheel drive Forestry truck up the hill.  I positioned my old green truck in front of the Forestry truck, I hooked a tow rope between the two, got into my old truck and slowly pulled the other truck back up to the level area between the shop and the barn.
I unhooked my old 4WD and drove it up the driveway and parked it up on the side of the road.  I skated back down to the Forestry truck got in and tried to drive it up to the road.  After three unsuccessful attempts, I was finally able to get it up to the road, where I left it.  I drove my old 4WD back down the drive and parked it.  I carefully walked back up the icy driveway, got into the Forestry truck and drove, with the VCR tape back to the office.  It was a lunch hour to remember.” 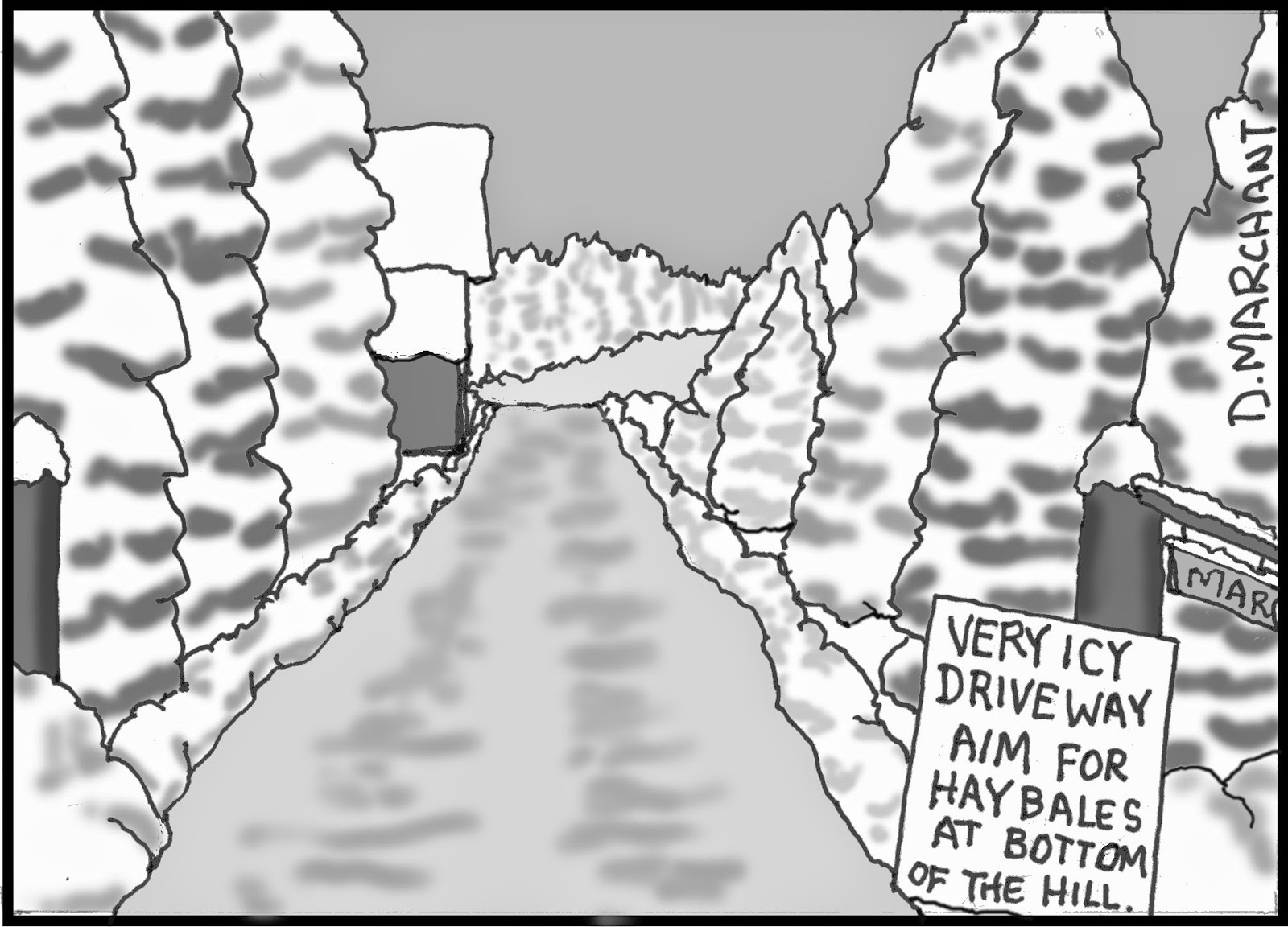