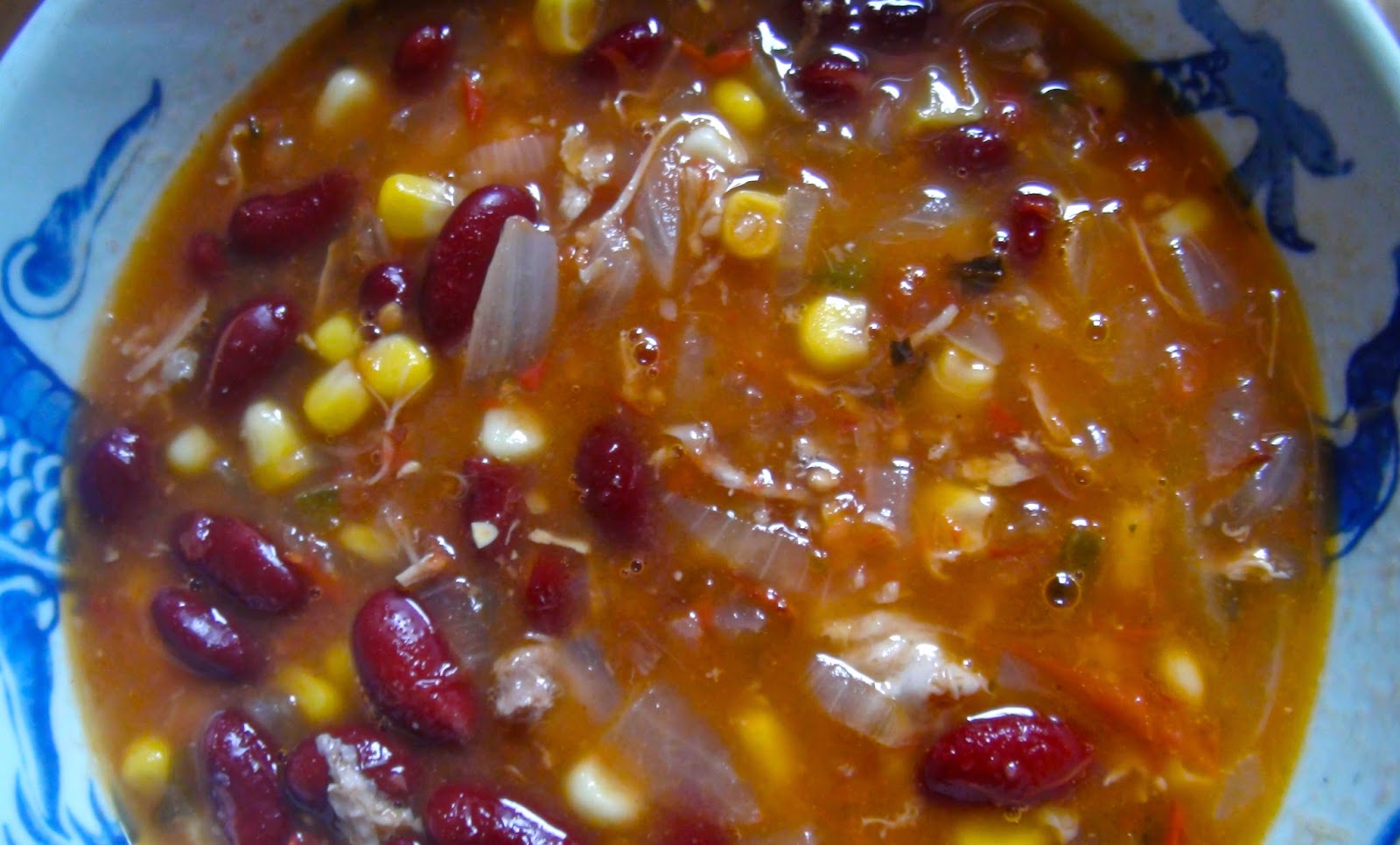 Last week on the Bill Maher show, he was talking to Jay Leno about the fact that Jay didn’t like soup.  Jay said that soup was just a way to “cheat people out of a meal.”  I thought that was a really funny response, but I can’t relate to Jay’s dislike of soup.  It is one of the main foods in rotation for my lunches, and I always look forward to it.
After we have a turkey or chicken, I usually boil the bones along with some celery and garlic and make a broth, which is then frozen.  When I make soup, I start with frying some onion, garlic, and a chili pepper, then I add the broth, a big jar of our home grown tomatoes that Joan canned, a couple of cans of kidney beans, and some frozen corn.  I season it all with salt and pepper of course, a dollop of hickory flavored barbecue sauce, and some MSG.  (I realized most people think MSG is poison, but it is not, and does add a nice flavor to the mix.)
The photo shows the soup I made yesterday.  I used one of our jalapeno peppers which ended up being a lot hotter than I imagined, and unfortunately it made the soup too spicy hot for Joan, so I will have to eat the whole pot, but that is not a problem.  Even though I broke into a powerful sweat when I ate the soup yesterday, I thought it was delicious, and I am looking forward to reliving the experience  again for lunch today.

My paintings can be viewed at:  www.davidmarchant.ca