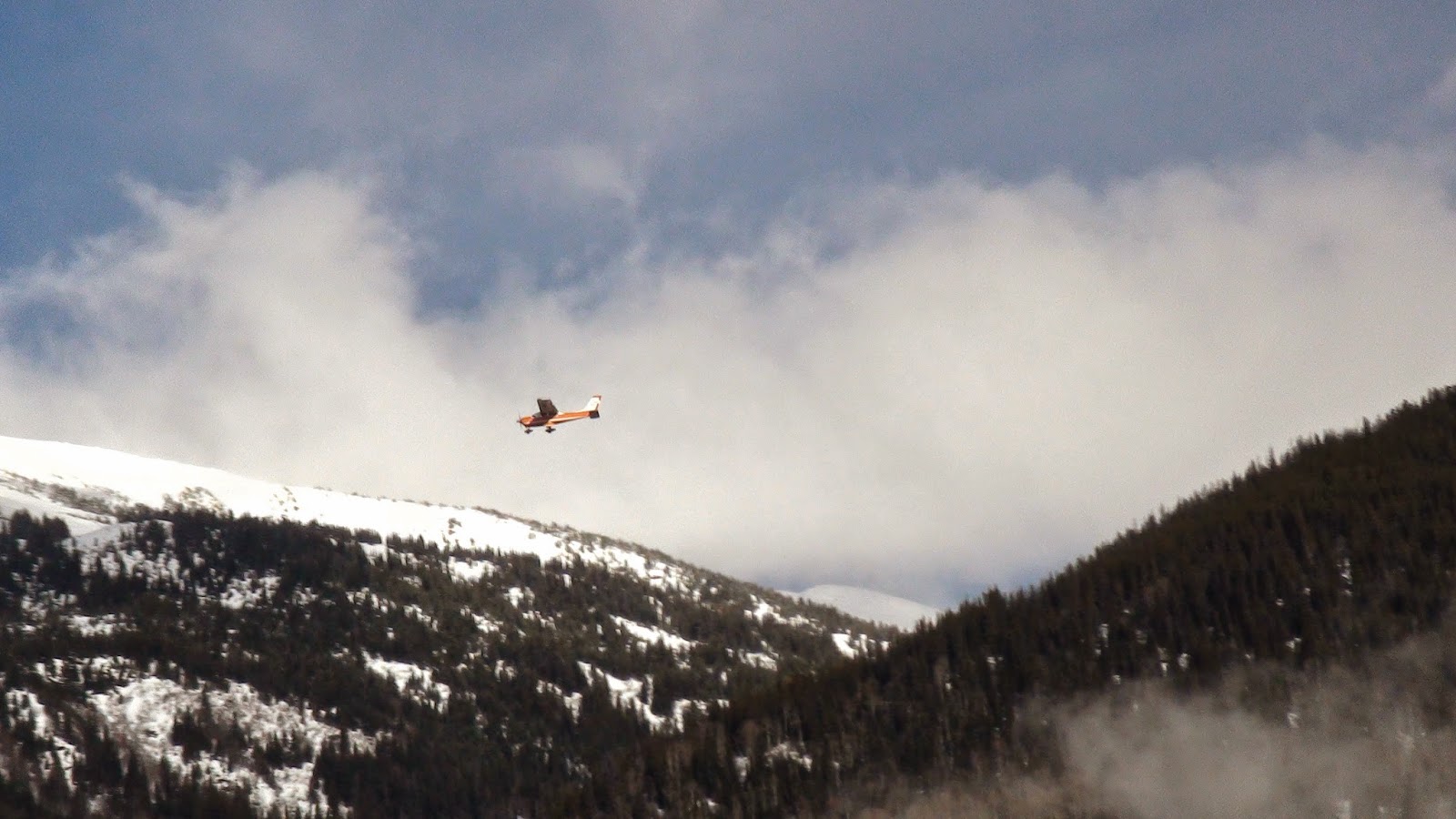 Regular readers of this blog will know that Joan and I often take our dog to the McBride airfield for a walk.  We walk up and down the runway.  It is a good place to walk a dog because it is safer than a road (no vehicles or other dogs), we walk on pavement (no muddy feet), and it gives us a nice view of both mountain ranges.
We sometimes see some aircraft activities (Helicopters used by Heli-skiers, local wireless airplane fliers, or airplane owners working on their planes), on rare occasions while we are walking down the tarmac, a plane actually comes in to land, so we keep our eyes and ears open, but it doesn’t happen very often.   It did happen yesterday.
We had made it to the far end of the runway and when I looked around I saw an airplane in the distance.  I told Joan, and we moved off the runway and onto the grassy area beside the runway, kneeled, and got a good grip on the dog.
The aircraft approached, but instead of landing, circled around.  It finally made an approach and started to land, touching the runway,but then, taking off again.  We weren’t sure what was going on.  I thought maybe the pilot was just practicing his landing.
By this point, Joan and I had moved further away from the tarmac and were walking through the wet grass and pooled water on the grassy margins of the runway.  Joan was complaining about getting her feet all wet.  The plane once again came in for a landing, and this time completed it and pulled over next to the hangers.
When we got over to the plane we discovered that the pilot was John Wheeler.  We hadn’t known that he could fly.  He told us that he had just bought the plane and had flown it down from Prince George.  It was his first solo flight.  We talked a while about flying to John and Robert Frear  (local historian who was also present)  Robert told us a story about a past resident who liked to fly after he was drinking.
At daybreak one morning after a night of drinking the guy had taken off with a couple of friends as passengers.  The plane crashed in the woods beside the airstrip, demolishing the aircraft.  Fortunately, everyone was miraculously unhurt and they just left the wreck and walked to work. 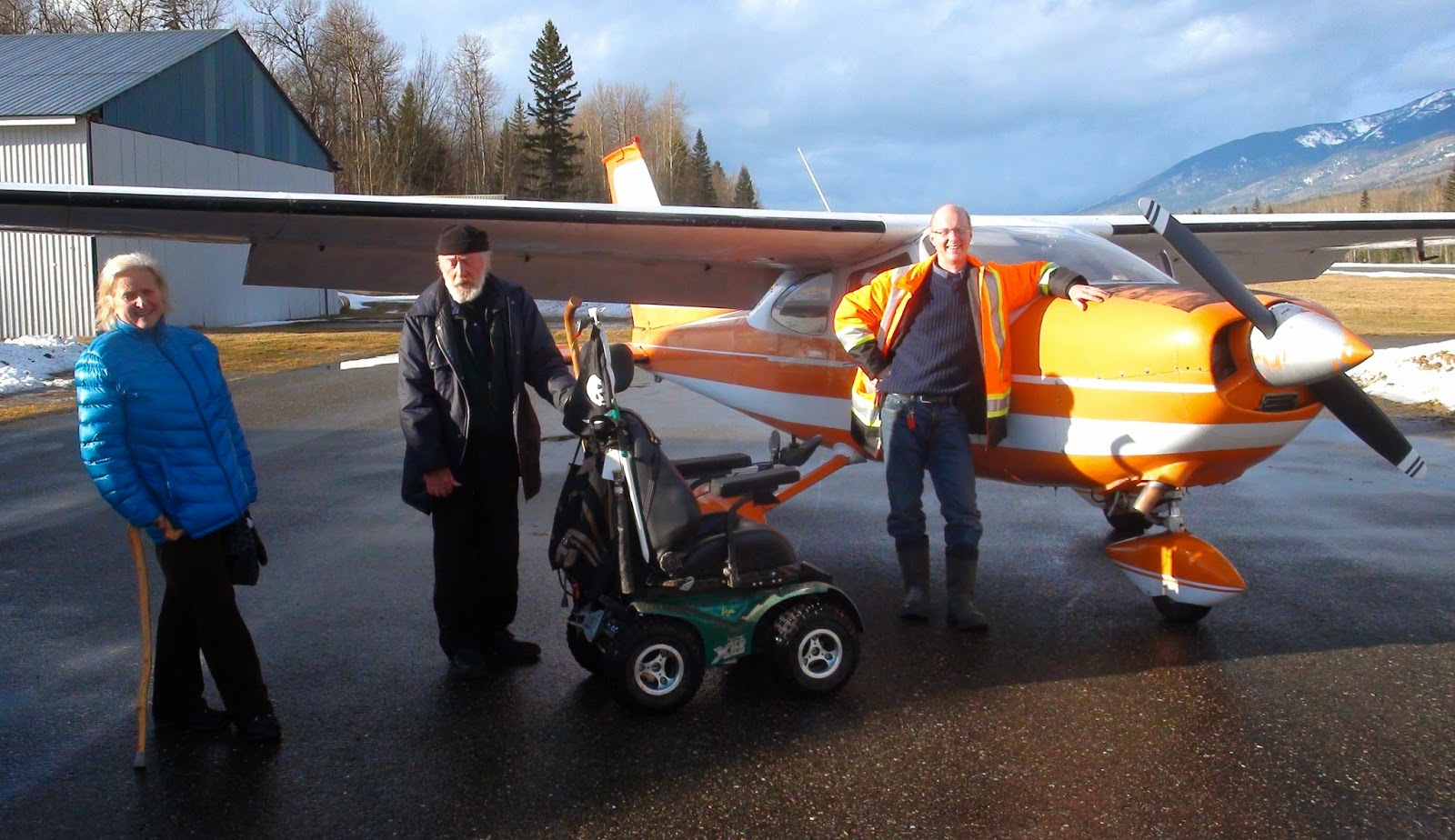