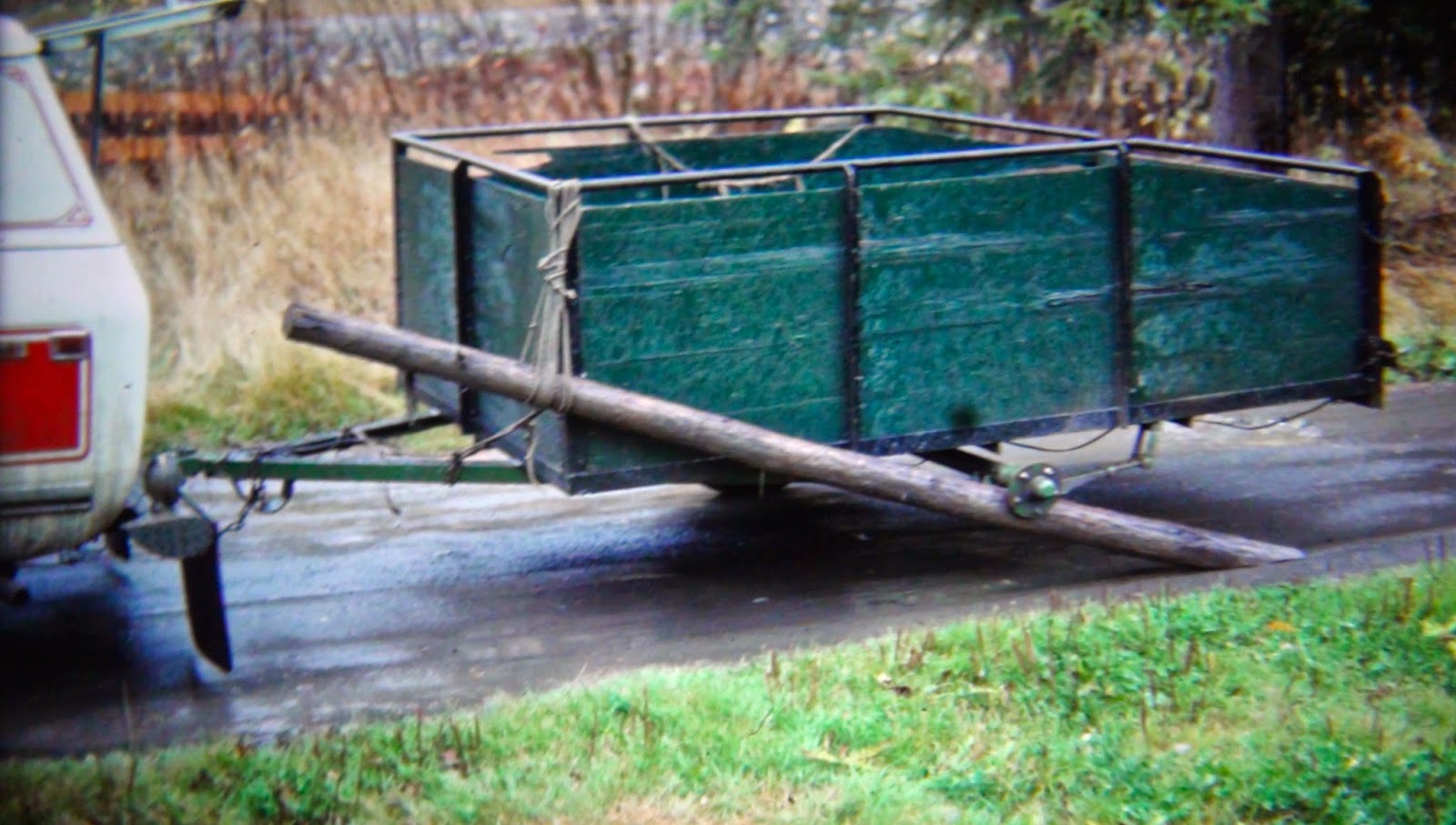 I was looking through some old slides the other day and came upon this one, which reminded me of something that happened back in 1978.  Most of the information is lost in the fog of time, but here are the rough details.
This trailer originally belonged to my father.  He gave it to me in 1973, when we were immigrating to Canada.  We used it to haul all of our worldly goods up to our new home.  Four years later when we finally settled into our place in McBride, I used the trailer to haul firewood, sand, hay, etc.
During one such hauling trip, I was two miles from our house when the tire blew out and wheel rim dragged on the road ruining it.  It was a weird size tire and rim, and couldn’t readily be replaced, so I was faced with a dilemma; I wanted to get the trailer back to our house rather than leave it at the side of road for a week, and I wasn’t sure how I was going to do it.
While pondering all the possible solutions, I happened to think of how the North American Indians, who had no wheels, used to move things by way of a travois, and that became my solution.  The photo shows what I did.  At the time, Mountainview was just a dirt road, so I rigged up the pole to support the one side of the trailer and dragged it back to our house.  Naturally, the end of the pole wore down, but not before I did managed to get the trailer back home.
It was a bit of a “harebrained”  idea, but it worked.