The Story Behind the Photo 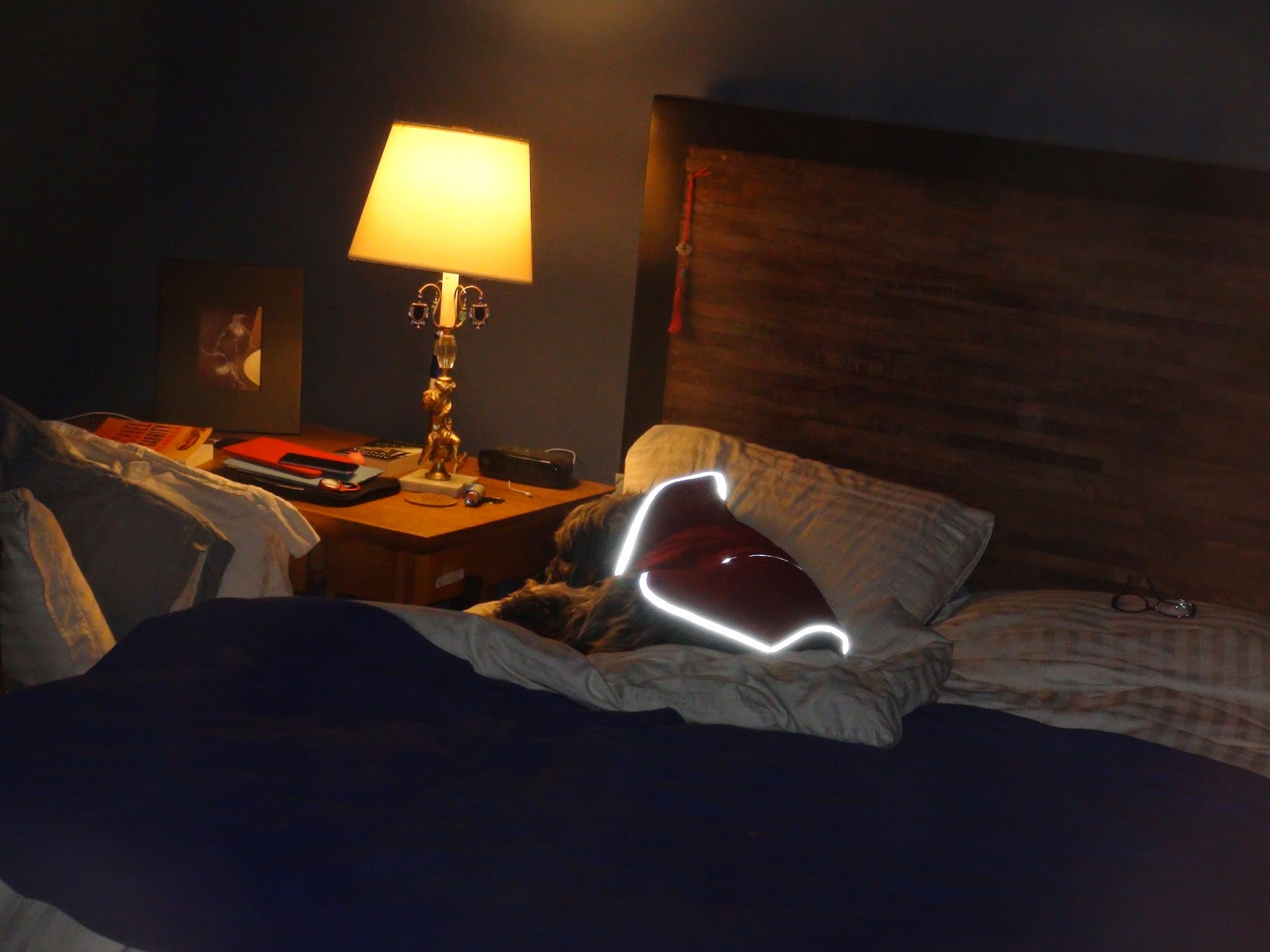 The other day it was snowing, so Joan put the raincoat on Skye, to keep the snow off of her back when she was outside.  When Skye came in, she didn’t even stop at the door, so that we could take the coat off, but went straight into the bedroom, and curled up on the bed.  That was what I was going to take the photo of--Skye, in her raincoat, in the bed.
The room was dark, so I thought I’d better use the flash on the camera.  The room was so dark, I could hardly tell where I was aiming my camera, but I pointed it best I could and snapped the photo.
When I looked at the photo through the little screen.  Being so small and dark, it was hard to distinguish what was in the photo, but what I could see was a bright white swirl in the middle of the shot.  I thought I must be some kind of len’s flair caused by the light of the flash bouncing off of a glass surface or something, so I took another shot, and another.  I took about six shots, but all of them had the white swirl in the middle.  I was confused by what was causing the light, and on the small camera screen, I couldn’t tell what the problem was.
When I downloaded the photos onto the computer, I could plainly see what was causing the light, it was the reflective strip along the edges of Skye’s raincoat.  I must say, it sure does a good job of reflecting.  It looks like a neon light and gives the shot sort of an eery quality.