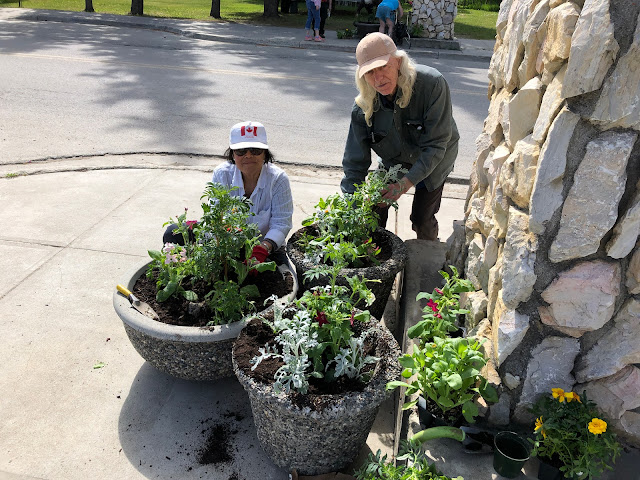 Yesterday, Jane, Vern, (In photo), myself, and a handful of other volunteers from the community garden planted flowers in the big pots that are scattered along Main Street in McBride.  It was a beautiful day, except for the strong wind which somewhat hampered the operation.  Another problem was the soil in the planters was very dry and the Village watering truck was broken, so I hope that the flowers we planted get enough moisture to survive.

You can’t just plant any flowers along Main Street.  You have to pick out plants that the deer won’t eat.  There were a lot of marigolds, nicotiana, and some others that I wasn’t familiar with.

Planting on Main Street was an enjoyable job.  A lot of people stopped and commented or thanked us.  One guy with a German accent, stood and watched me as I planted the pot in front of the hardware store (below).   He inquired, “How much?”  I wasn’t sure what he meant, so I asked and discovered he assumed the hardware store was selling the planters and he wondered how much they cost. 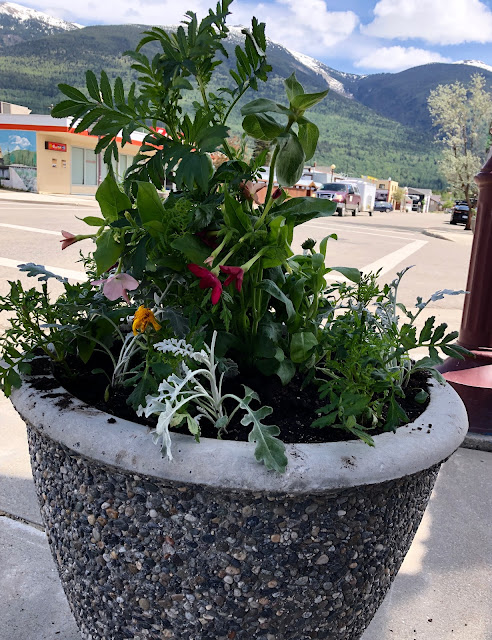 Take a look at my paintings:  davidmarchant2.ca
Posted by Life in BC's Robson Valley at 08:50