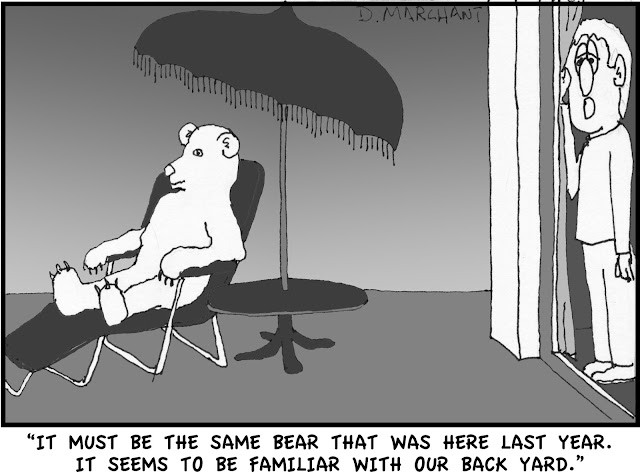 I couldn’t really identify the bear I saw and wrote about in yesterday’s blog because I wasn’t able to see if it’s chest had a white patch, like the bear that had come through a couple of weeks ago.  Later when I was outside I noticed that my bird feeder had been pulled down.  I had stopped putting sunflower seeds in it months ago, so it was empty, but in previous years ago when it was full, a bear had pulled it down, so I figured that the most recent bear was the same one I had years ago.   Since the feeder had been empty for years, it must have been the bear’s memory that made it yank it down this year.

Bears do seem to remember where they have previously found food.  I have had apple trees torn to bits even though I had picked all of the apples on the tree weeks earlier, to prevent bears from ripping it up.  I assumed the bear that came remembered the apples and was determined to find some, even though there were none.

Even though we almost always lock the door of our shop, once when we forgot, a bear got in and opened and ate from a garbage can we had in there.  It must have remembered that incident and checked the shop door every time it passed through, because the exact same thing happened the following year.

Below is a photo of my bird feeder, which the bear had managed to pull down from its normally elevated position. 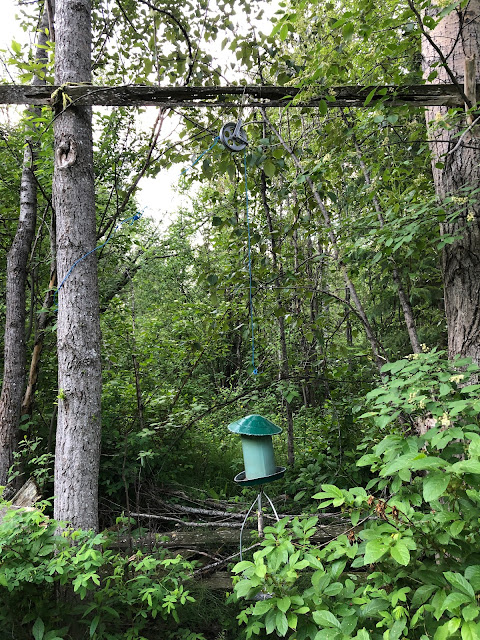 You can see my paintings at:  davidmarchant2.ca
Posted by Life in BC's Robson Valley at 09:02