Don't Panic, Just Go With Them 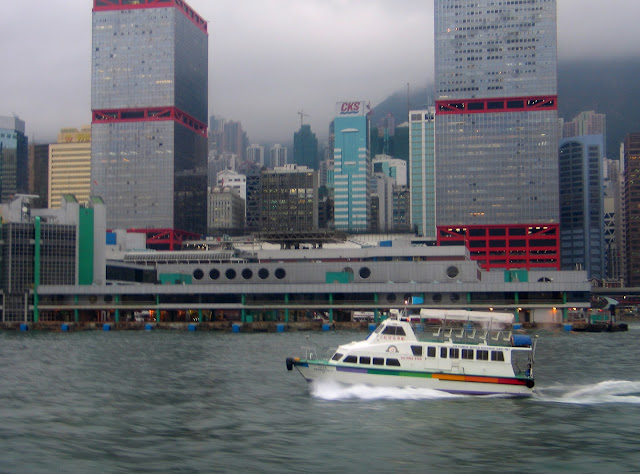 In December, 2005 my brother got married in Macau.  Amazingly, he and his wife treated my whole family to a trip to Hong Kong and then on to Macau for their wedding.

I was aware of China’s authoritarian ways and I entered Hong Kong with a bit of wariness, but that soon disappeared when we actually got there and experienced the efficiency of the very modern subway, the extravagance of the shopping areas, and the safety I felt being out on the streets with the thousands of Chinese.  After days of exploring Hong Kong, it was time to take the ferry over to Macau.

I don’t really remember getting to the ferry terminal, but I do remember the tightly packed crowd of people, all shoulder to shoulder, slowly shuffling toward the doorways that led to the ferries.  Since Macau was more tightly controlled by China than Hong Kong at the time, I assume once we got to one of the doorways, we had to show our passport before we were allowed through into a huge room, which was again packed tightly with people.  My family had been rather dispersed as they went through the various doorways, but we managed to find each other in the very crowded room and regrouped.

It soon became clear that they wanted me to come with them.  While I think I kept my exterior calm, inside I was confused and getting panicky.  China’s authoritarian practices surfaced in my brain and I didn’t know what was going on or why they seemed so intent that I should come with them.  I knew I hadn’t done anything, so I left my family and went with the men as they worked their way back through the mass of people and back through one of the doors we had entered through.

My mind was racing through all sorts of scenarios of hardcore questioning and being locked up in a Chinese prison without knowing what was going on.

The authorities took me over to a man standing in the crowd and said something to him, then he looked at me, shook his head.  I obviously was not the man they were seeking and with great relief the officials motioned to me to go back into the large room where my family awaited worriedly.

It was such a relief to get back to my family and the security of things I knew.  All these years later I remember the fear I began to experience on that day, but I still don’t know why I was picked out or what  the whole thing was all about.