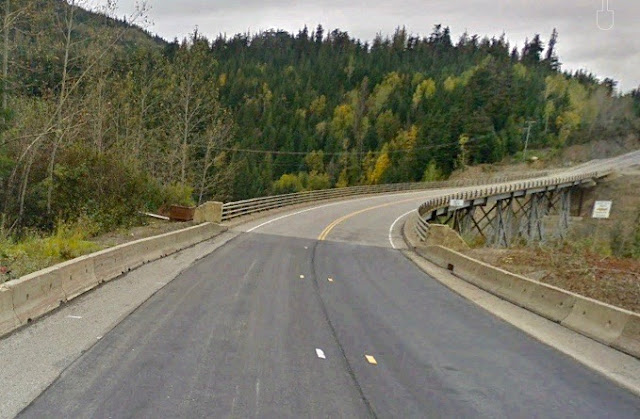 One of the most memorable stories about the West Twin Creek Bridge concerned a man suspected in several thefts in McBride.  I have no verification of this incident, but when I first heard it in the 1980’s, all of the old timers in the Forestry Office seemed to go along with the tale as it was being told.

Sometime between 1969 and 1980, things started disappearing from houses and garages in town.  The thefts seemed to be occurring more frequently, and it was pretty much agreed on, who was doing them, but whatever law enforcement was available locally, didn’t do anything.

Some of the men in town, frustrated by the lack of action, decided to take things into their own hands, so one night they ganged up on the guy, kidnapped him and took him out to the West Twin Bridge.

When they arrived they dangled the suspect over the side of the bridge and told him if he didn’t leave town, next time they would drop him into the very deep gorge.

The man took the threat seriously, did leave town, and the robberies stopped.

Being dangled over the side of the bridge would certainly be a life changing event, but like I said earlier, I have never seen any proof that it actually occurred.