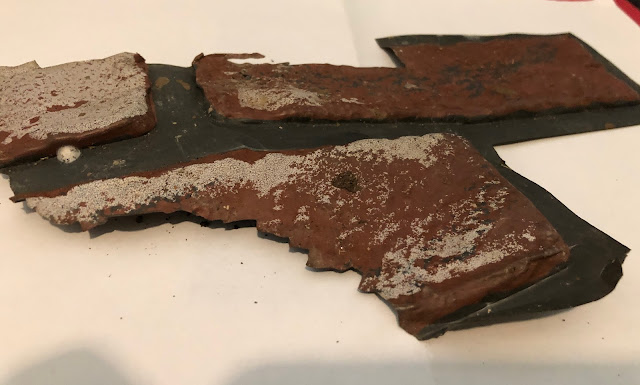 I have been tearing off the deteriorating planks on our deck, so that I can replace them.  When I got them off and was raking the debris that had accumulated on the ground below them, I came across this fragment of a sheet of plastic that was supposed to look like bricks.  Originally it had a sticky back so they could stuck on a wall, supposedly to make your wall look like a brick wall.

The fake bricks were on some walls in our living room when we bought the house in 1977.  They looked so tacky and fake that I hated them with passion.  Ripping them off of the walls was one of the first things I wanted to do when we moved in.

Whenever I think back to how our house looked when we bought it, I remember those “bricks”, and it was a real flashback to find the fragment of them under my deck.

Below is a photo of our living room after we moved in.  You can see some of the fake bricks on the side of the chimney. 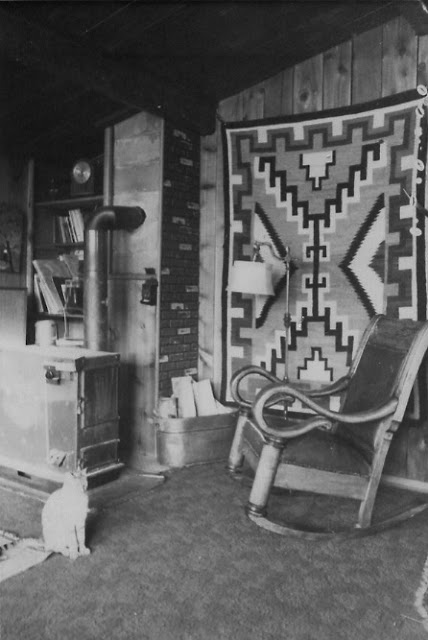 You can view my paintings at:  davidmarchant2.ca
Posted by Life in BC's Robson Valley at 08:23