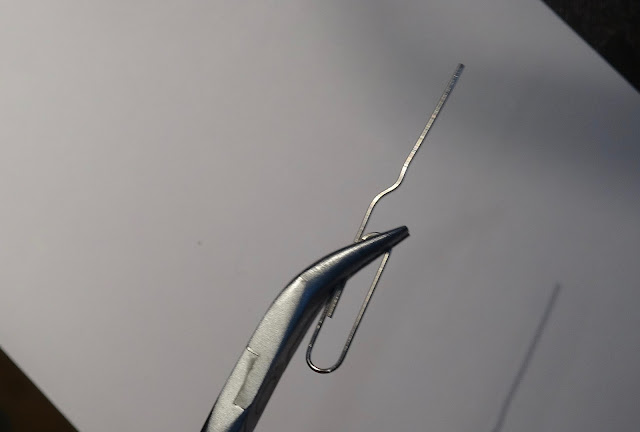 Back in the fall of 1979, my friend Earl, who lived in town mentioned to me that the oil tank that sat just beside the house he was renting, was starting to lean and needed to be set right before winter.  At the time I was working at a cedar fence posts and rails mill, and I remembered that they had a big 20-ton jack that I could probably borrow to lift up the low side of the tank, then make a new foundation upon which it could sit.

My toe hurt for a while, but not enough to prevent Earl and I to jack up the oil tank and set it straight.

That night while I was in bed, my big toe really began to throb with pain.  The pain  became excruciating worse through the night that seemed to last forever.

In the morning, my big toe swollen and my toenail was a deep purple color.  I was in terrible pain and decided to drive myself to the hospital.

When the doctor looked at my toe, he said the pain was being caused by all of the buildup of pressure beneath the nail and that he would have to put a hole in the nail to release the blood.

He, along with a nurse, walked me down the hall to a small room where he had me sit on a stool with my foot propped up on a counter.

I was surprised when he got out a paper clip and partially unwound it.  He told me he was going to use it to burn a hole through my toenail.  He lit up a burner, held the paperclip over the flame with a pair of pliers until it was sterilized.

I was beginning to feel a bit faint and told the doctor that I had a history of sometimes fainting during medical procedures.  He acknowledged the information as he moved the glowing paper clip toward my purple toenail.  The paperclip when through my nail without much resistance, releasing a gush of dark blood, which the doctor began to wipe up.

By this time my circle of my vision was getting smaller and smaller as I began to pass out.  I had just enough time to tell him and the nurse that I was fainting, before I totally slumped on the stool.  They supported me, while one of them stuck a cotton ball of smelling salts under my nose.  I partially came through and they told me they were going to take me to another room so I could lie down.

Still supporting me, they walked/dragged me down the hospital hallway toward the room.  During that trip, I happened to look over into one of the rooms we passed, and noticed one of the high school teachers visiting his son.  When he looked over and glanced at me being dragged down the hallway, I thought to myself, well there goes my reputation, figuring he must think I was recovering from a drunken weekend or something.

The paper clip procedure quickly worked wonders on my toe, the pain disappeared and the whole incident became a memorable event in my medical history.

View my paintings at: davidmarchant2.ca