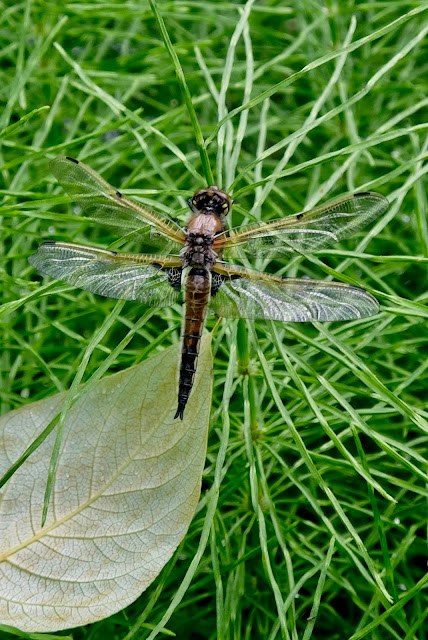 Here is a photo of the first dragonfly I have seen this season.  I have never had much luck trying to take a picture of dragonflies, they usually take off if I get close, but this one was nice enough to stay where it was.

When I see a dragonfly I often think of a childhood belief that I had for a while.  When I was very small we saw a dragonfly and one of the neighbor kids called it a “Snake Doctor’  and said that they healed wounded snakes.  While that is totally ridiculous, at that stage of my childhood, I accepted anything an older kid said, as truth.  I had never heard the term “Snake Doctor” since.
I often wondered where such an idea like that came from and how it originated.   I doubted the neighbor kid had thought it up himself.   Was it just a local Southern Indiana thing, or did it have some other history?
Upon writing this blog it suddenly occurred to me that everything can now be investigated on the internet, so I did a quick search and found out that the term “Snake Doctor” is often given to dragonflies in the Southern US, where it was believed that dragonflies followed snakes around and stitched them up if they were hurt.   There, a lifelong puzzle has now been explained.