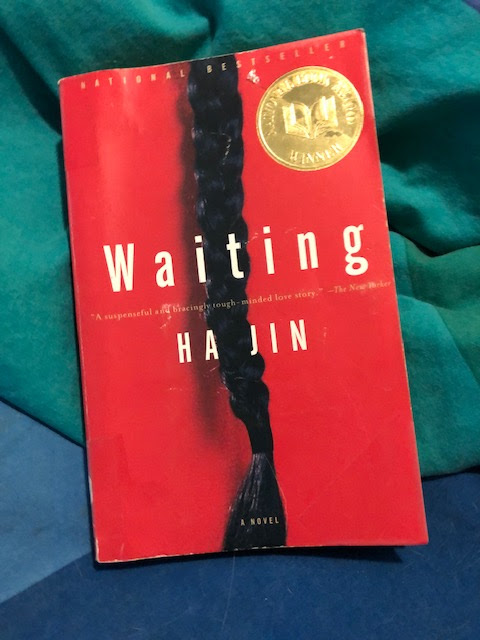 The opening of this novel takes place in 1983 in China.  Twenty-one years earlier, Lin, a young man being trained as a Red Army doctor, got a letter from his parents asking him to return home so he could be married to a girl they had selected.  Her photo seemed okay, so he agreed.
Upon his arrival home, he found that the girl looked more like a forty year old woman, rather than the young woman in the photo.  She had bound feet, which was something that was no longer considered “cool” in modern China.  Even though he tried to get out of the marriage, his parents insisted it happen, so Lin married, and the couple did then have one daughter.
Lin spent the whole of every year working in a distant military hospital, only returning to his wife and farm for ten days.  Each year during those ten days, he tried to get a divorce, which Shuyu would always at first agree with, but when they went to the village judge to sign the divorce paper every year she would back out of getting the divorce.
There was no hostility between the two, Dr. Lin was always civil and sympathetic to Shuyu, but he just didn’t love her.  She accepted her role as his wife and tried to always do things that would please him.
For the seventeenth time the divorce was rejected by the judge, and Dr. Lin returned unhappily to the hospital to tell Manna, his girlfriend, of the judges ruling.   Manna was of course was also unhappy, but Dr Lin convinced Manna, that he was sure he would be able to get the divorce the following year.  Dr. Lin and Manna kept their relationship plutonic in the meantime.
The story flashes back to the 1960’s and tells of Dr. Lin’s work in the hospital and how the relationship between he and Manna, a nurse, slowly developed, despite the very restrictive government rules against any, even non-sexual, interactions between men and women of the medical profession.   These chapters give a good description of life in China under Mao.
For eighteen years Dr. Lin and Manna lived as friends, in the strict Communist hospital setting, despite their deep heart-felt feelings for each other, and every year Dr. Lin would visit his wife in an effort to get her to give him a divorce.   Each year he failed because Shuyu’s brother, who was against the divorce, would sabotage Lin’s effort.   Manna became ever more frustrated with the static nature of their relationship.
Eventually Dr Lin got his divorce and married Manna, but his new marriage was not as idyllic as they had dreamed, because of a lot of self-doubts that arose in both of them and the impact of their aging.  I guess I expected a bit more from the novel’s ending after all of the struggles and sacrifices that had been made in getting there.  The ending seemed flat to me, nevertheless it was an interesting book to read.

Take a look at my photo-realistic paintings:   davidmarchant2.ca