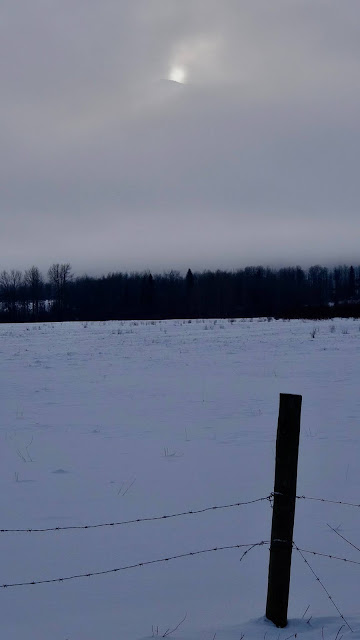 If you look closely at the photo above you can see that the Sun is starting to set behind a mountain.  I took the shot at 1:30 yesterday afternoon.  Yep, 1:30 and the Sun is disappearing.  Of course we still had daylight until 4:00, but that is the worse thing about this time of year, the short amount daylight we get during the day.
The Winter Solstice has now arrived, which officially marks the beginning of Winter, which is depressing, but it also marks the start of lengthening days.   Just that fact makes it an event I look forward to.  Even though we won’t notice any change for a while, just knowing that the days are getting longer makes me very happy.
I’ve often thought that the Winter Solstice should mark the beginning of the New Year, instead of Jan. 1st, which really is unrelated to anything natural.