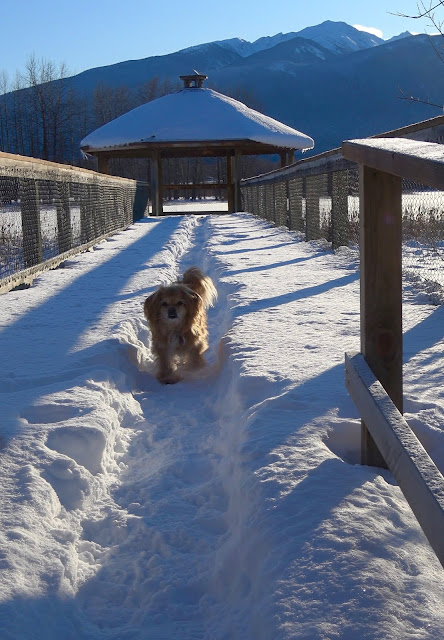 We have to keep a really close eye on Lexi because she is continually trying to push the “Freedom” envelope.  At her base, she is a wild dog, and she has a very strong tendency to totally follow her nose and wander off, despite our loud objections.  We like to give her a bit of controlled freedom so that she  can think she is off on her own and getting away with something.
The other day at Horseshoe Lake Lexi followed her nose toward the gazebo so we just let her go.  The walkway and gazebo are both fenced in, so we didn’t worry about her getting into trouble.  She walked to the gazebo, proudly on her own she sniffed around, away from her “controllers” who were far away.  Once she had sampled all of the smells available, she turned and walk back toward us on the walkway.