A Body At Rest 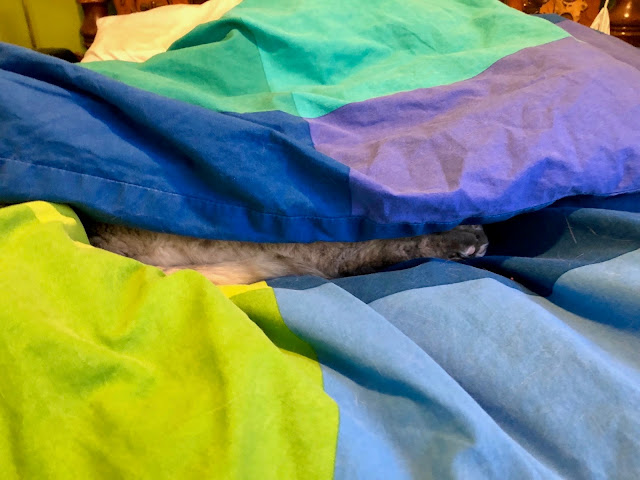 One of the perks of being retired is being able to take an afternoon nap.   Yesterday after I had finished taking advantage of that perk, I threw off the covers and got up.  Lucifer our cat who was sleeping beside me, stayed where she was and as a result was pretty much completely covered up by the duvet I had flipped off.  I noticed her, but since she seemed not to mind being covered I let her be and left the room.
An hour later when I returned to the room I noticed that she was still snoozing away under the duvet, so I took this photo.  Looking at it, I can’t really identify much of Lucifer, but I think maybe on the right side is one of her rear paws.
She remained this way for another hour when she finally came down stairs.