Bear In The Window 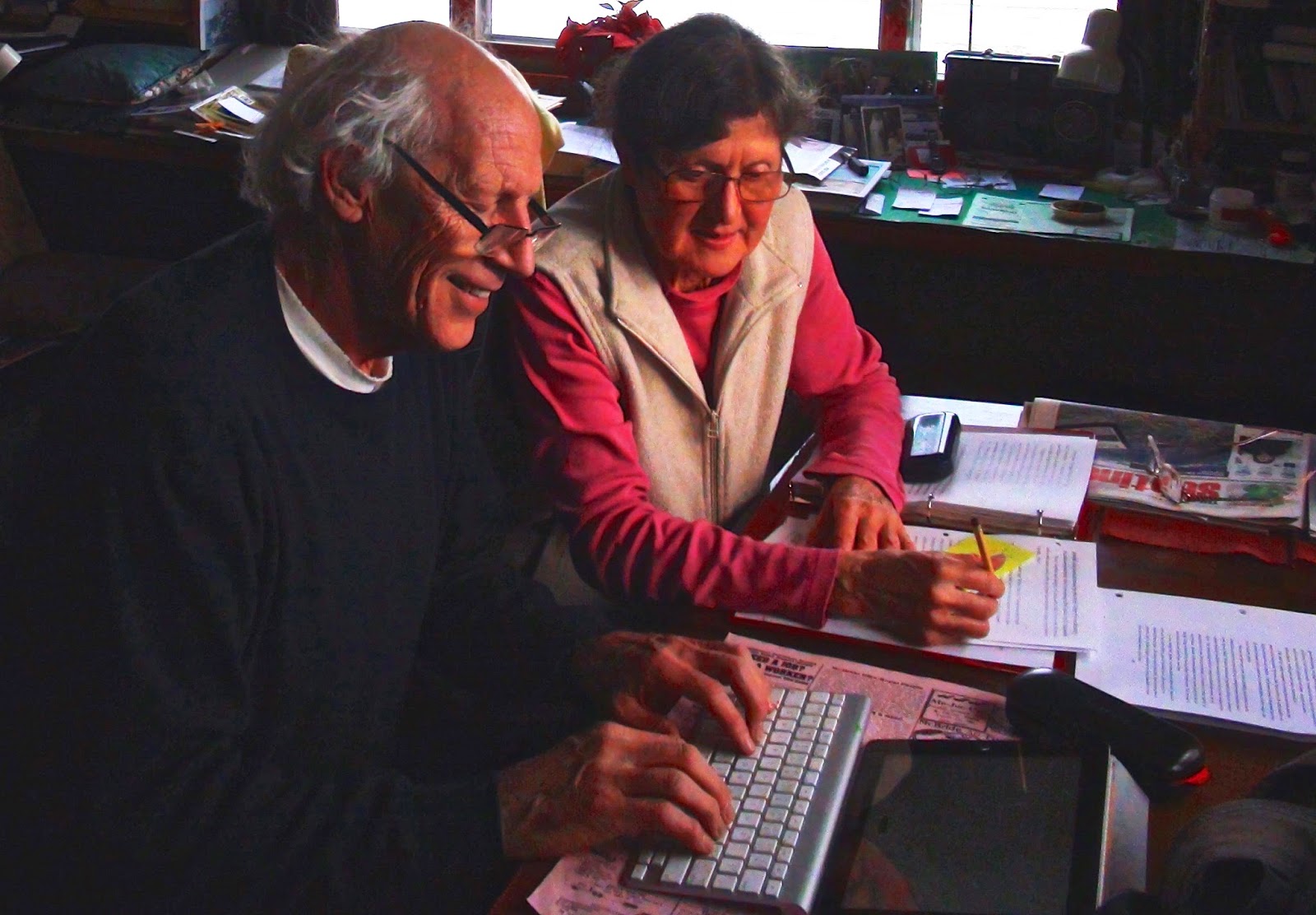 No doubt you have asked yourself the question, “What does he do on Monday nights?”
Well, maybe you don’t, but I am going to tell you anyway--I help Nadia write her book, “Bear in the Window.”
Both Czech by birth, Nadia and her husband, George, have lived a pretty interesting life, and Nadia, wrote the book several years ago in Czech, and it was published there.  She wanted to get it published in English, and asked me if I would help.  She, of course, does all of the translating, since my Czech is not very good, (that was a joke, its non-existent).  My job is to smooth out the English, and with the help of my iPad, put it into digital form.
Since I didn’t really know their life story, writing it all down is not a chore, since it is all a new and fascinating tale to me.  Both Nadia and George worked in mountain resorts in Czechoslovakia, and made a daring escape from the Communist country, via Yugoslavia, then to Italy.  There they asked for asylum and survived the bedbugs in the refugee camps, until they were accepted as immigrants into Canada.
Sharing a love of the outdoors, wildlife, and mountains, they moved from one community to another, with the goal of finding the perfect mountain home, eventually buying raw land in BC’s mountainous interior, where George built a log home by himself.  Along the way, they had lots of adventures trying to understand their new country of Canada, as they experienced life in a lot of different small communities, punctuated with a lots of wildlife encounters.
So far I have 50,000 words down, and Nadia told me last night, next week we will be starting on the last chapter.

You can check out my paintings at:  www.davidmarchant.ca