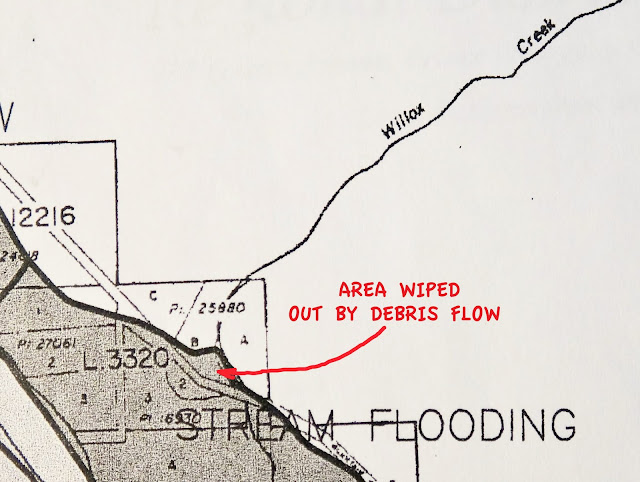 The other day while looking for a map of our waterline, I came upon a map I had totally forgotten about.  In 1999 people in the Robson Valley who were living in areas of potential hazard received a map from the Regional District showing where those dangers were.  I guess like everyone else, I looked at the map, worried for a couple of days, filed the map away, then forgot about it.

Last July after really heavy rains several houses were wiped out by a mudslide:

That exact area was shown on the 1999 Hazard Map very precisely as being in danger.  I was impressed by the accuracy of the study the map was based on.  Property we own is also shown on the map (shown below) as being threatened.

I remember as a teen about hearing that California was going to fall into the sea because of earthquakes, and I thought, “Why would people lived there?”

There are not many places on this earth that aren’t threatened by some kind of danger:  earthquakes, floods, droughts, fires, volcanoes, disease; there is always something out there that can get you and everyone has to weigh the threats and hope for the best. 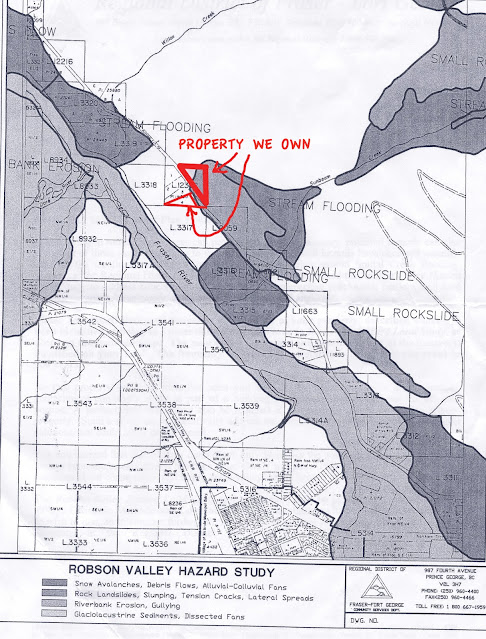 View my paintings at:  davidmarchant2.ca
Posted by Life in BC's Robson Valley at 09:17