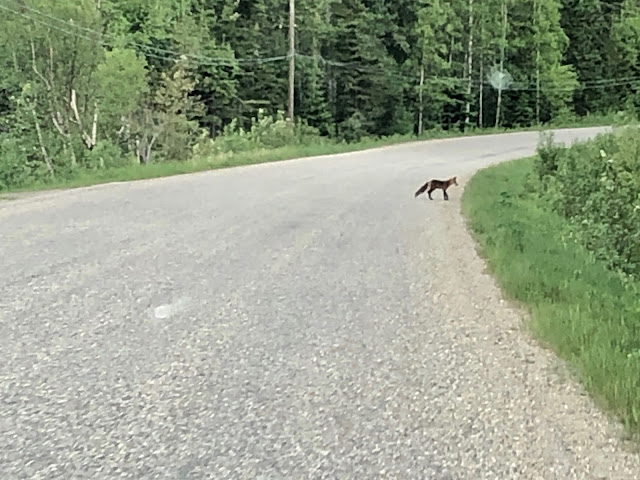 There was a fox just outside our window last night, just before we made the move to prepare for bedtime.  The fox scampered away, but we worried because our cat Lucifer had been outside, usually curled up in her cat bed on the front porch bench.  When we opened the door to check on her, she wasn’t there.

I wasn’t overly concerned, foxes generally don’t kill cats, in fact cats often put the run on foxes, however when it was time to go to bed, I went went outside to call for Lucifer to come into the house, but the cat didn’t show up.  I did detect a very faint “meow” coming from somewhere.  I kept calling, listening, and following the sound until I eventually found Lucy in the crotch of a limb about 15 feet up a willow tree.

Despite all of my prompting to come down, Lucifer seemed very insecure about attempting the awkward climb down the tree.  I figured it was going to take too long for her to conger up enough nerve to climb down on her own, so to save time I got an extension ladder, propped it up on the tree, and climbed up to get her.  She howled with fear when I grabbed her by the scruff of the neck, and lifted her from her high perch.   I held her “kitten-style,” away from my body so she wouldn’t scratch me as I climbed down the ladder.

Finally, after securing Lucifer safely back into house and putting the ladder away, things were back to normal and we could “close up shop” and go to bed.