"I Hope That God Strikes You Dead." 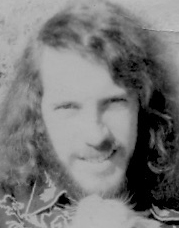 That is what a devout Christian said to me as Christmas approached, fifty years ago.  I am terrible with names and have forgotten his, but I will just call him John.   John and I were both doing our alternative (to military) service as Conscientious Objectors, working in the Goodwill Industries plant in Indianapolis, but that was about the only thing we had in common.

At the time, the only way to get the Conscientious Objector status from the Draft Board was to show that it was because of your religious beliefs and that you were a member of one of those pacifist denominations.  For John, that was probably not a problem; he was a True Believer and a Jehovah Witness, for me becoming a CO was a bit more complicated; I was an atheist, and my not wanting to be a part of killing people was a moral, not a religious belief.

I kept the fact that I was an atheist away from my Draft Board, but I did show that I had connections to Salem Methodist Church, which had a bit of a history of pacifism, because of one of their ministers during World War Two.  In fact, my father was a non-combatant CO during the war and worked in a military medical facility.  My grandmother was a confirmed pacifist and continually lectured us kids about the evils of war, throughout our youth.

After a local Draft Board rejection, my Selective Service file was sent to the State Selective Service Board and after reviewing it, they decided that I did have a sincerely held belief and a valid history of pacifism (and the fact that they didn’t see the length of my hair also helped)  and as a result, they gave me the CO designation and I was assigned to work 2 years for the Goodwill Industries in Indianapolis.

At the Goodwill, I worked as a “Pricer,” where I determined and set the price of furniture and electrical goods, and in the afternoon I was the person that allocated all of the hundreds of pieces of clothing to the seven different Goodwill Stores in Indianapolis.  John was on the maintenance staff, so he walked around with a tool belt on his hips all day.

We occasionally talked to each other; he was very straight-laced and conservative, while I was a free-thinking hippie.  I was open to John about my beliefs, so he knew I was an atheist.

One year as Christmas approached, I was approached by a member of Goodwill’s management staff and asked if I would play the part of one of the Three Wiseman in the upcoming Goodwill Christmas pageant.  This request had nothing to do with my religious beliefs, but was made because I sort of looked “biblical” with my beard and long hair.

When John heard that I had been chosen to be one of the Three Kings in the Christmas pageant, he was outraged that an atheist was going to be in such a holy story.  He confronted me and spoke those words:  “I hope that God strikes you dead,” and walked away.  I wondered if maybe he felt like he should have been asked to do the part.

Although the pageant itself has totally disappeared from my memory, I do remember that I was in the play, as forgettable as it was, and I am happy to announce that God didn’t strike me dead, yet.

For John however it was a different story.

Several months later, I was informed by the Goodwill grapevine that John lay in the hospital in serious condition.  I don’t remember what had happened to him, maybe it was an automobile accident.  He needed a blood transfusion, but because of his religious beliefs, he refused to allow that to happen.  A few days later he died; true to his beliefs to the very end.

I was, of course, really sorry to hear about John, and very angry at his religion for its role in his avoidable young death.

Take a look at my photo-realistic paintings at:  davidmarchant2.ca