Hey, I Know That Tail Light 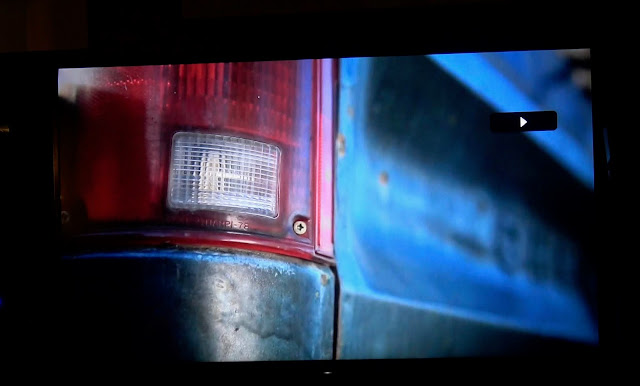 We have satellite TV so have access to 100’s of stations, but of course we only watch about five of them.  One of those I watch a lot is PBS.  One of their shows is Nova, which is all about science.  The other night they were running a commercial about the show.

It was all about a woman, who as a child had grown up in poverty.  She and her father spent a lot of time in their truck.  She was always happy whenever they got to stay in a motel room, because she sometimes got to watch Nova.  She was especially keen on their shows concerning Astronomy.  There was an inference that she grew up and became an astronomer, but it may be she just continues to love Astronomy.

I was only half paying attention to the commercial, until suddenly up on the screen flashed a photo of a tail light of a truck.  It was a tail light I knew well, because I had featured it in two of my paintings.  The fact that someone else in the world was attracted to that same tail light, made me feel really good.

Above is the pickup truck’s tail light as seen in the Nova ad, and below are two of my paintings that feature the tail light.  Mine are from my old 1977 GMC, but I think the one in the Nova commercial is a Chevrolet pickup. 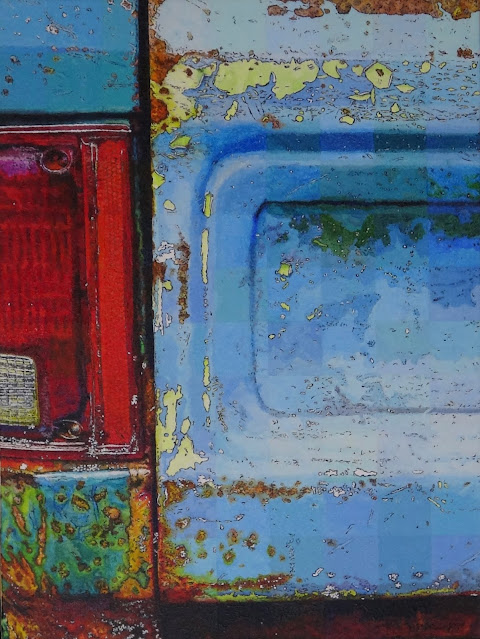 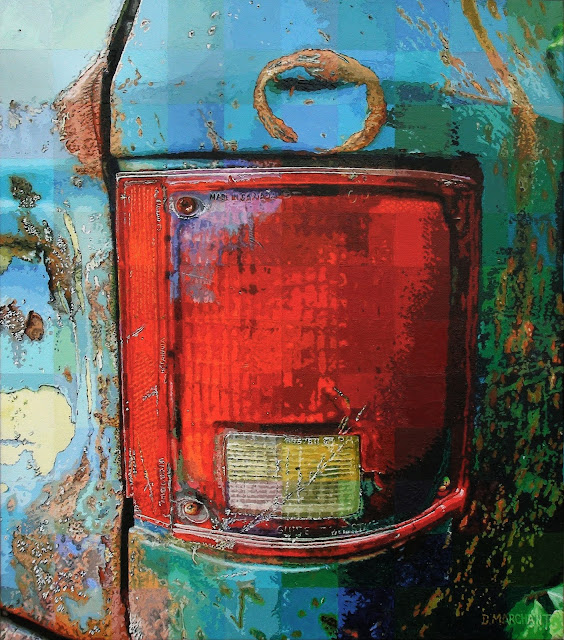 You can view my other paintings at:  davidmarchant2.ca