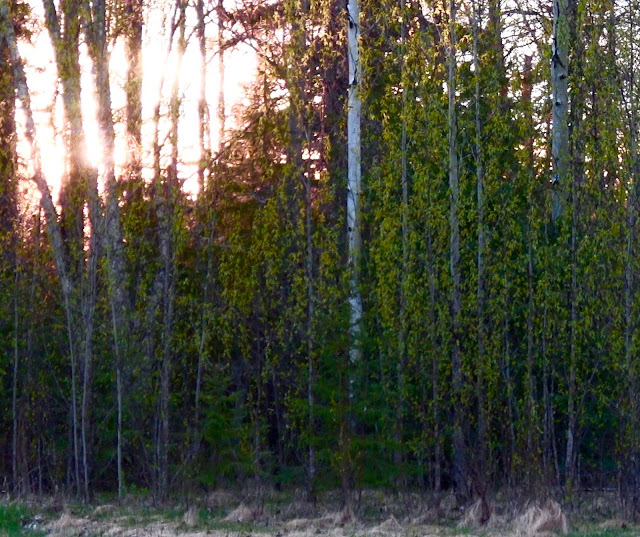 Last night the sky was displaying some interesting light and so I went outside to take a look.  As I looked westward across the pasture toward the setting sun, I noticed the sun light filtering through the trees and immediately thought of my 2008 painting “Fence Line” that was based on a photo I had taken of the same scene on some long ago May evening.  I took the photo above to see how the scene had changed.
The first thing I noticed was that the fence line from which the painting was named was now hidden behind some young trees.  The birch that was silhouetted in front of the sunlight was still there as were the aspen and cottonwoods that were in the painting.
Below is the painting. 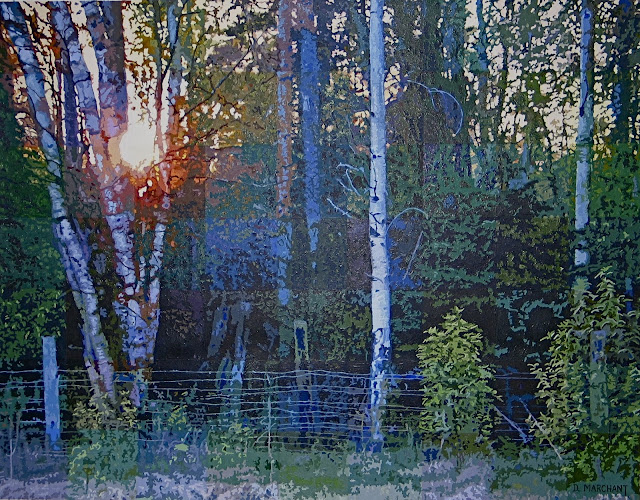