Standing in the Middle of the Fraser River 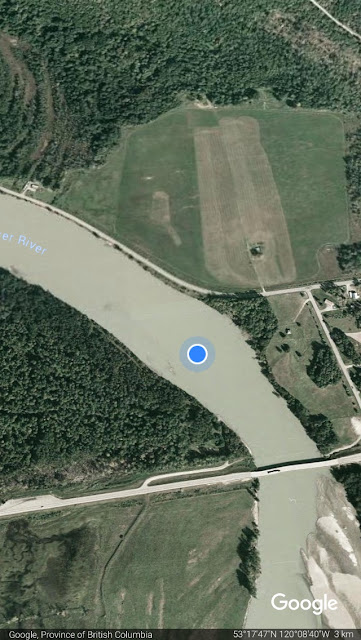 The blue dot you see in the middle of the river shows where I was standing yesterday.
I was out walking Skye on the large sandbar beside the Fraser River and I pulled out my phone, suspecting it would show me in the middle of the river and I was right.
The Google Earth photo was taken during the summer.  That’s when the precipitation falls in the form of rain, allowing the water to slowly make its way into streams and creeks that drain into the Fraser.  It is also the season when the mountain glaciers are melting and their melt water also engorges the river and fills it to it’s banks.
In the winter the Fraser shrinks.  The precipitation falls as snow, which doesn’t melt for months, and the glaciers don’t do any melting, so the volume of the Fraser diminishes tremendously.  This leaves numerous sand and gravel beaches along the edge of the river and that is where I was standing yesterday.
Below is what it looked like around me when I checked Google Earth. 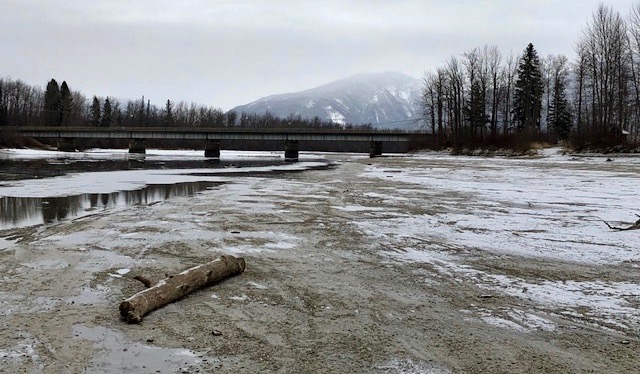