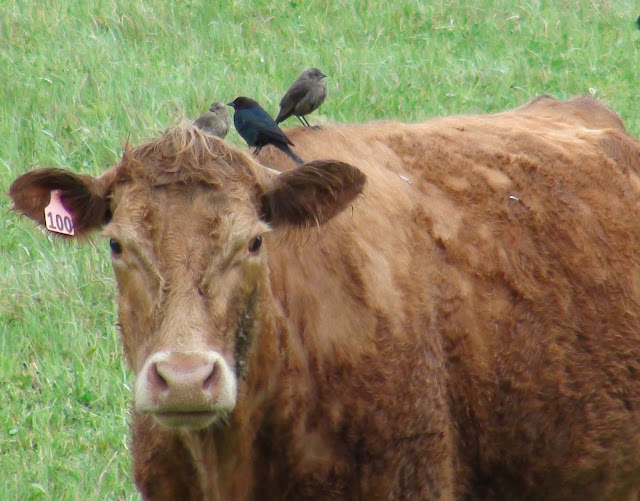 I have never claimed to be an expert on bird identification, and most of the other male Cowbirds I have seen have had a more distinct and browner head, but birds vary a lot in coloration so I think these are Cowbirds sitting on top of #100.  If they are not actually Cowbirds, they are Cowbird want-a-be’s.
Obviously, Cowbirds got their name by hanging around cows.  They eat insects that get fly up when the cows walk around stirring up the grass.  Cowbirds have a bad reputation because they sneak their eggs into the nests of other bird’s, thus causing the other birds to hatch and raise the Cowbird young.
We saw them yesterday while on our walk on Jeck Rd.  Normally the cattle are at the far end of the field, but yesterday they were right up next to the road, which caused our dog Skye some excitement.