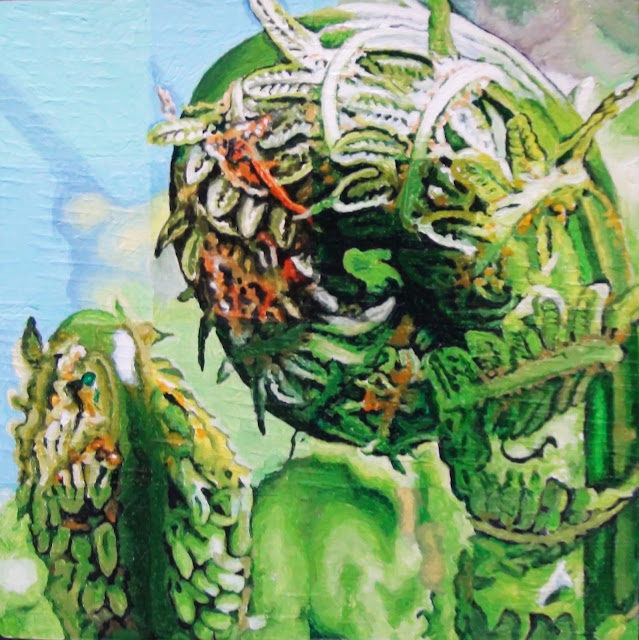 The tiny hamlet of Dunster, that is located 24 miles (38 km) from McBride was having a fundraiser for the school and community.  They asked people to create something on an 8 inch by 8 inch (20cm x20cm) square that could be auctioned off at a silent auction.  What you see above is my contribution to the event.  The items were all supposed to be signed on the back so that bidders wouldn’t know who had made them.
The event was a big success with 79 entries.  They raised roughly $1,400, which is also pretty amazing.  I was going to take photos of some of the creations but forgot, but there was a wide variety, everything from jewelry draped over an 8 x 8 card to a series 8 x 8 of mirrors that peeked out beneath a wavy wooden border.
I don’t know who ended up with my fiddleheads which I painted on plywood.

You can see my other paintings at:  www.davidmarchant.ca