Where Can We Walk? 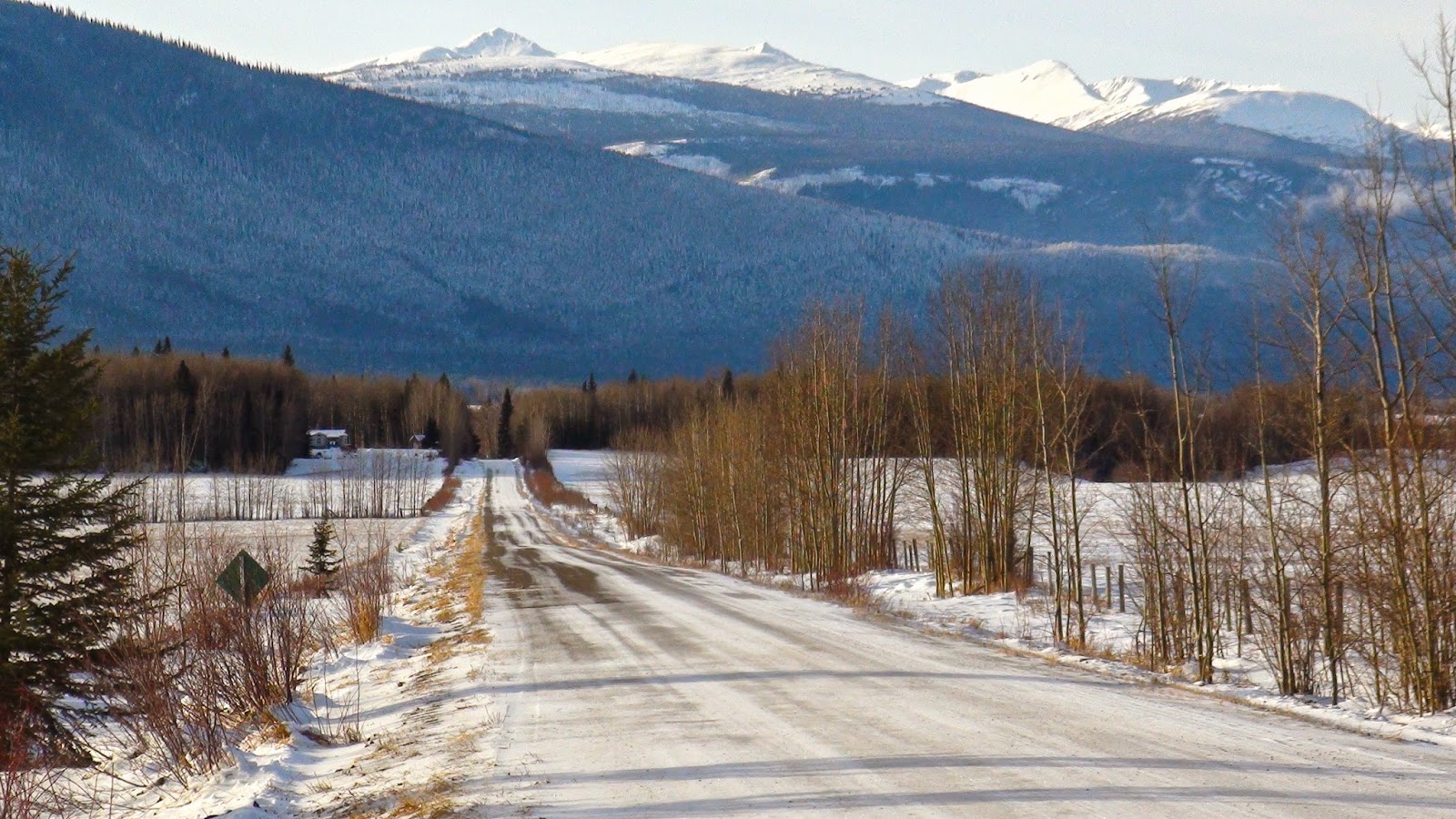 Joan, Skye, and I try to go for a walk or two every day.  Yesterday was mild and sunny, and we felt the need to get out, but we didn’t really know where we could walk.  This probably seems like an surprising problem to have, living in such a rural setting.
The deep snow, though shrinking, is still too deep for walking, so one is pretty much limited to areas that have been plowed.  I hadn’t snowshoed the entire length of our trail, (which I do to prepare the trail for walking) so that couldn’t be walked.  I did snowshoe around the pond and walked around it several times, but the surface of the trail is now very uneven and difficult for Joan, with her hip problem, to walk, so we were in a quandary.
We thought about going into McBride to walk around the streets, but that probably would cause us to encounter dogs, and Skye is pretty frightened of other dogs, so that was out of the question.  The airfield where we often walk is not plowed during the winter, so that was a no go.  Mountainview Rd, our road, is busy with logging trucks and Albertan pickups towing snowmobiles on trailers.  It has curves, hills, poor visibility. and no shoulders, so that didn’t seem like a very good choice, so finally we decided to try Jervis Road.
Jervis Road is a country road east of McBride.  Because it just runs between two fields, is flat, probably had no dogs or traffic, and was plowed, it became our choice.  We drove out there and except for the wind, it was a perfect place for us to walk.  It gave us a wonderful vista of the mountains that jut up on both sides of the Robson Valley. 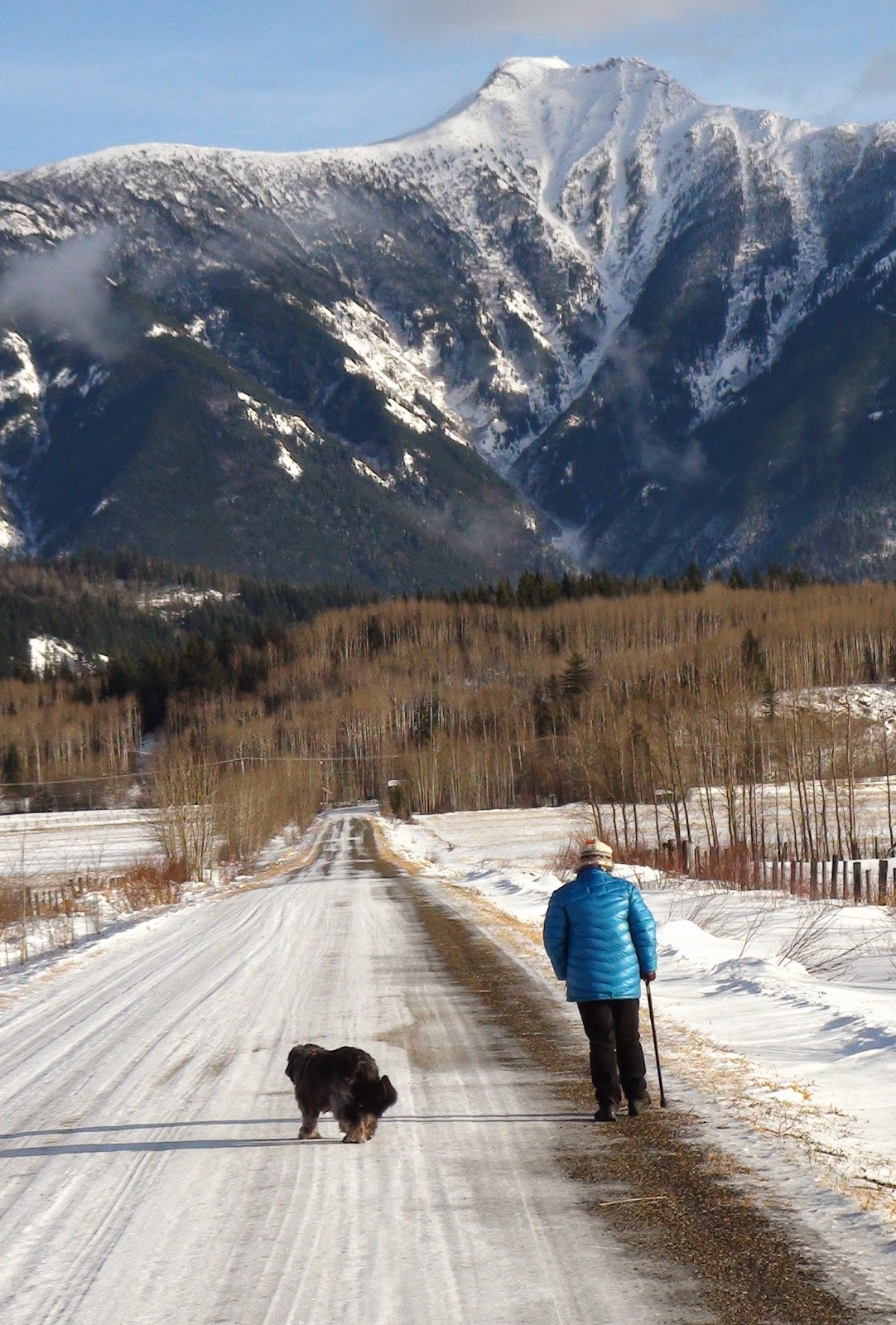