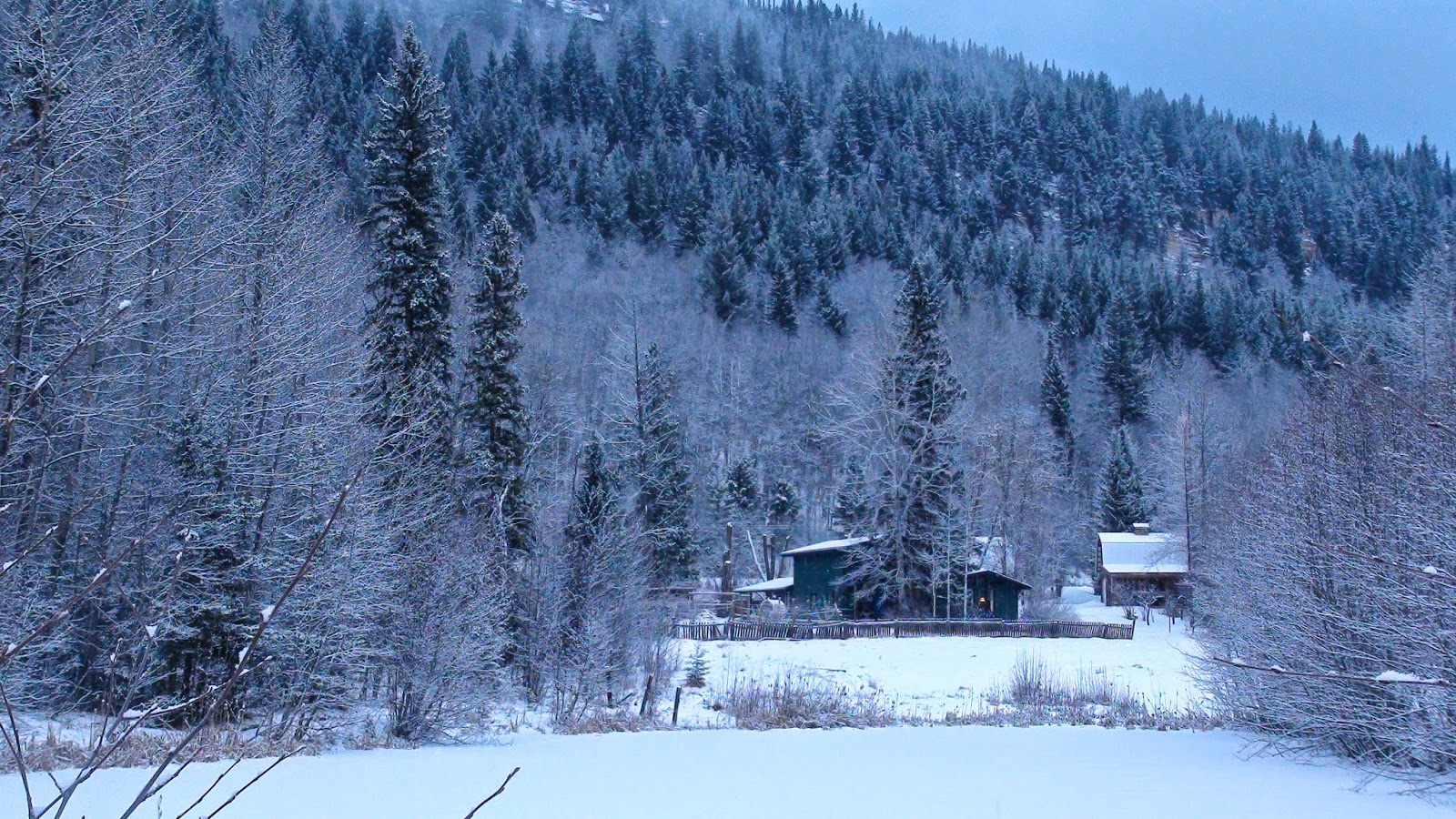 Living in the Robson Valley, part of the Rocky Mountain Trench that runs through middle of the Canadian Rockies, means I generally don’t spend much time worrying about the indignity of having to endure a green Christmas, but this year I did.  Our 30 inch (76cm) dump of snow that we had toward the end of November, was disappearing fast under the onslaught of weeks of warm/wet Pacific air.
As Christmas approached the valley bottom was green and brown with grasses.  Because our house is located a bit higher, we still had snow on the ground, but it was slowly being eaten away and I was worried that by the time Christmas came, we would be back to a grassy lawn.  Fortunately we did get a couple of flurries, and as you can see from the photo, a white Christmas, and while we still haven’t gotten enough snow for me to use my new snowthrower, at least things seem like they should.
On Christmas Eve, friends came over to share a pizza and the amazing citrus trifle and marzipan that Joan made.  It is always so enjoyable to sit around comfortably yakking with friends, music in the background, and good food in front of you.  This morning Joan and I opened gifts, most of them were the unusual things our friend Di, gave us.  I never cease to be amazed at what she finds and sends us for Christmas.
We got the snow, we saw friends, ate good food, opened gifts in front of the Christmas tree, so things are good at this end.  I hope they are the same with you.

I paint, see my paintings at www.davidmarchant.ca