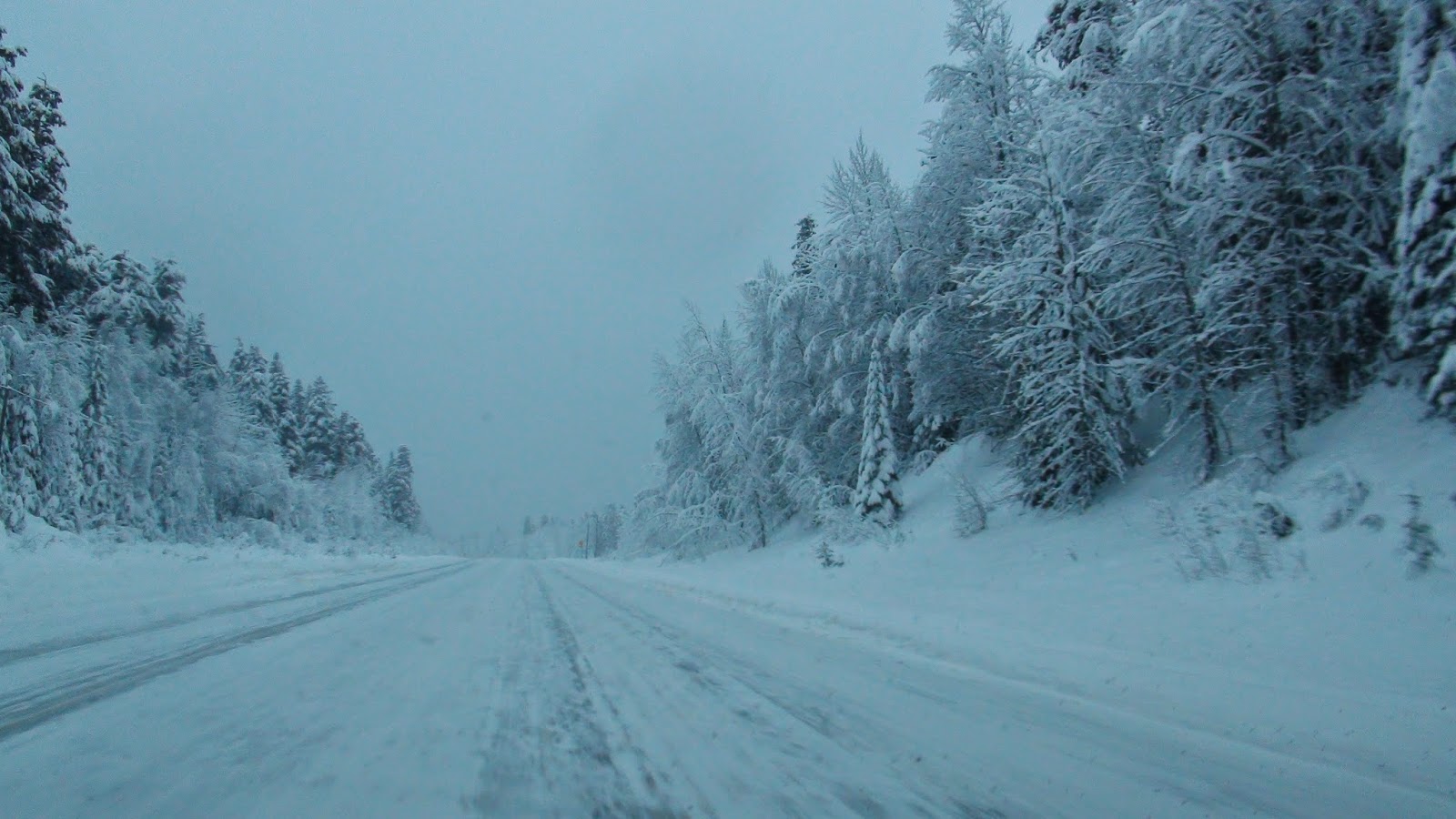 On Monday I had to make the 217 km (135 mile) trip up to Prince George to pick up Joan who was there for a medical appointment.  Driving from McBride to PG always seems like a long haul, mostly I think because it can seem so monotonous.  You don’t travel through any towns, or even communities.  For the most part, all you see are trees, and cutblocks, where trees had been logged.   In a couple of locations you briefly get glimpses of some mountains, but mostly what you see are trees.
I experienced very little traffic, except for the odd pickup truck and a handful of transport trucks, which were either riding your tail, impatient to get around you, or slowly crawling up the slopes, bogged down by their heavy loads.  Animals can often be seen along the road, and sometimes on the road, but I didn’t see any.
Last year,  two local people I knew were killed on Hwy. 16 in individual accidents because of deep  snow on the road and poor highway maintenance.  The government said it was going to increase plowing, and although the road was covered with hard packed snow, at least I found that it was in pretty good shape.
Still I dislike making the drive up to Prince George during the winter, but doing it seems to be something we end up having to do about once a month. 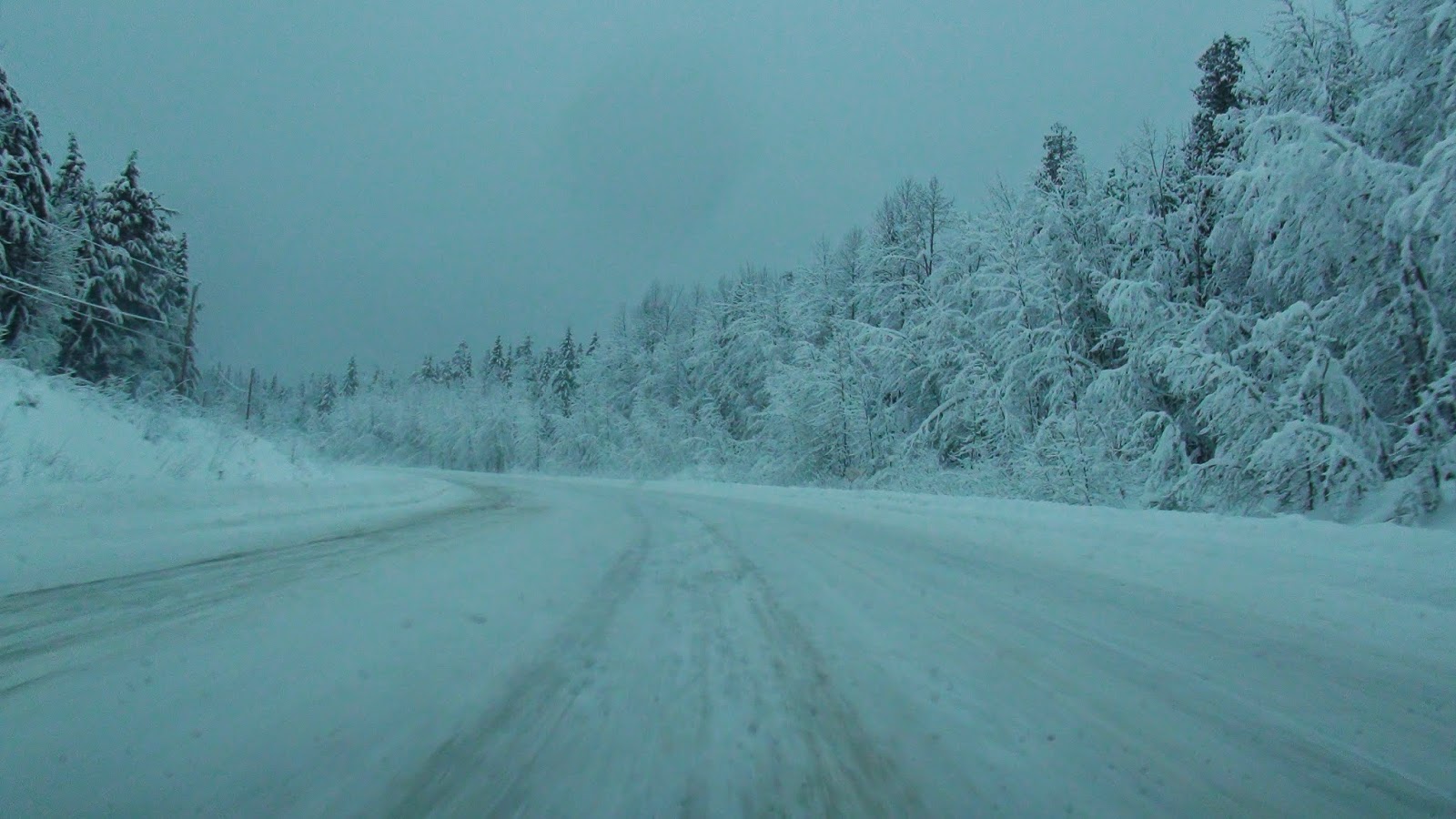